Rainer Werner Fassbinder’s 1978 film, “In einem Jahr mit 13 Monden” [Eng. Title: In a Year of Thirteen Moons] is a deeply affecting portrait of unrequited love, loss and pain. The film is a tragedy, but it is also beautiful, and apparently one of Fassbinder’s more personal films. The interviews in the DVD extras reveal a director in turmoil after his former lover’s suicide a few months earlier, which lead to the making of this film.

I normally don’t relish films with this kind of subject – the protagonist is a post-operative transsexual – he had become a woman hoping to please someone he loved, but who never returns his love. But it is the poetic narrative, coupled with the extraordinary performance of the actor playing Elvira (Volker Spengler) that lift the film to greatness. This is a romantic film, which can easily relate to people despite their sex or orientation. I’m only just discovering Fassbinder – this being my third, but if any of his other films in my excellent DVD volume come close to this, I must be in for a treat. Highly Recommended Viewing!

There is very little nudity in the film and whatever there is, is purely incidental, not in any way relevant to the main story. First is of Fassbinder-regular (and ex-wife) Ingrid Craven who plays Zora, flashing at a guy while he works his biceps – despite knowing he is gay. In the latter part, we have the wife of Elvira’s therapist Sybille, played by Isolde Barth, listening to a tape from his earlier session. 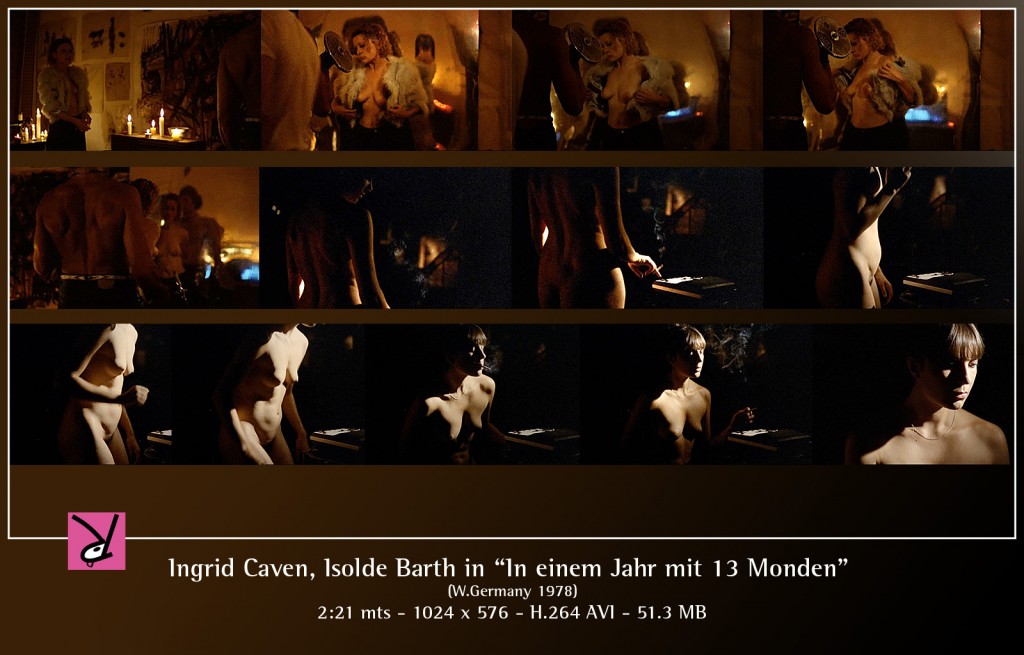