Ever the experimenter, João Paulo Simões loves to play with form and narrative in his films, and his ongoing anthology, “Morning Interim” is one such exercise that has generated interest from not only the art crowd, but also fellow artists in Portugal. His collaboration with veteran Portuguese actress Monica Calle in his second episode “Illicit Diagrams” was intriguing as well as fascinating. When I approached Simões for an interview, he was only too happy to share his thoughts.

An interview with João Paulo Simões 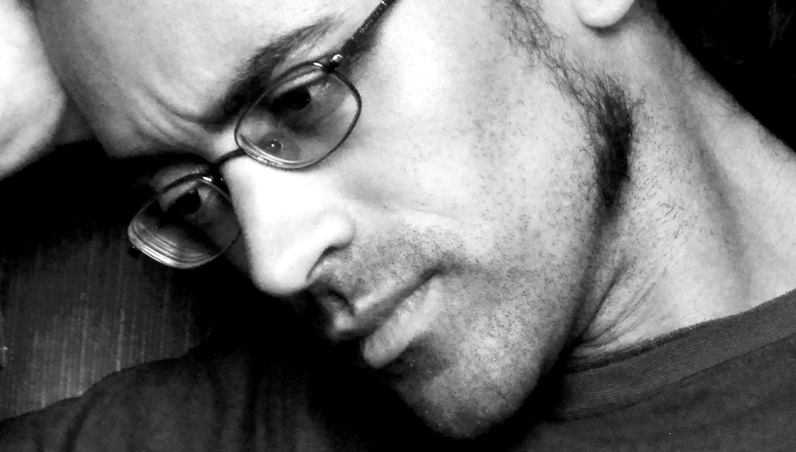 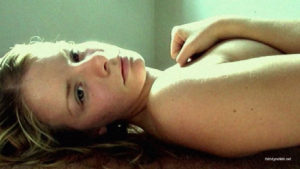 “Morning Interim” – could you tell us how you came up with the concept?
Morning Interim was originally conceived at around 2007 as part of a trilogy, of which “Antlers of Reason” (2006) was the first. But despite its encouraging reception, the project remained in financing limbo and other commissioned work began to get prioritised. I still wanted to revisit specific strands from “Antlers of Reason”, as it began to open up a greater scope for exploring something bigger and deeper, and to delve into a more frightening mystery. As an episodic series, I felt I could now recreate ritualised reflections of equally personal scenarios. 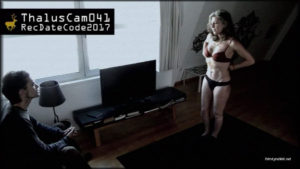 Who is recording the ThalusCam? Will we get to see the people behind it?
The name is in reference to the fictional antlered god of pagan worship, Thalus. It’s been conceived, in the series, as a voyeuristic device that punctuates the stripped bare narrative. But it will be revealed as an underground analogue network that hijacks digital signals. A bit like the old days taking revenge on the impersonal nature of this world we all now inhabit. Yes, we will get to see who and what is behind it. Sort of half-the-way through the series: Episode 5, to be more specific. 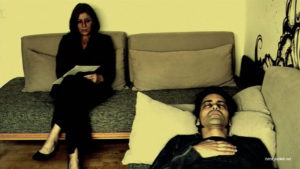 You’d managed to rope in Monica Calle – still amazing after all these years in cinema, for the second episode of “Morning Interim”. Do you hope to feature similar high-profile actors in the remaining series?
There are a handful of roles to be cast still and I always want, first and foremost, to give the right role to the right person.
Yet, as a film buff, I do like to bring in a sense of heritage that an actor’s previous work immediately conveys. We have Anulka Dziubinska (from the 1974 exploitation classic, “Vampyres”) on board. I’m currently in talks with Emmanuelle Escourrou (of “Baby Blood” fame) whom I directed in the pilot episode of “Where Her Dreams End” (a 2011 series that never got picked). And I just re-opened negotiations with an actress from Walerian Borowczyk’s “La Bête”, which was a huge influence on “Antlers of Reason”. 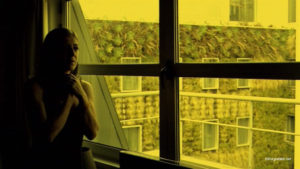 How did you convince Monica Calle to get involved in the film? What was her initial reaction?
I believe Monica watched a behind-the-scenes video, at first, in which actress/co-producer Luisa Torregrosa describes the creative process. Only then did she watch the first episode. She told me she was very taken by the minimalism; by how it all comes across so unmediated and singular. But what impressed her most was actually how the intimacy was handled. 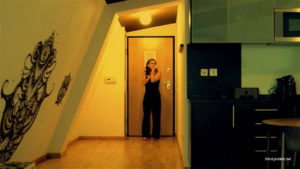 Was Monica Calle comfortable in participating in the explicit sex scenes, and was she concerned if it might affect her already significant mainstream film career?
She only went as far as to express how raw and therefore exposing the scenes were. But once she committed and mutual trust was in place, there was never any issue. You have to put the Portuguese avant-garde approach into perspective here. Despite (or precisely because of) its conservative Catholicism, creative individuals do tend to navigate incredibly daring waters. Monica’s stage output is probably the boldest being made in Portugal. And still, despite its experimental, visceral or explicit nature, she wins mainstream awards. For years, many often wondered when the two of us would work together. It has finally happened. 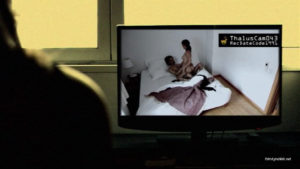 Most of the sex scenes depict sexual acts in elaborate detail, but they’re nevertheless ritualised rather than spontaneous. Was this a technical limitation, or are you trying to say something through this?
The ritualisation is not just deliberate, but crucial. The idea has always been to elevate such moments to mating rituals. Something purer, more animal and natural (hence the explicitness), but that rarely happens away from the cold gaze of the hidden cameras of the ThalusCam network. Going back to your second question, the key here is the “recording”. The notion that private moments in time are crystalised, mirrored and juxtaposed – with an ulterior motive.

Though this site focuses predominantly on nudity as it appears in the integral version of films, the scenes themselves often enter into the sexual realm, as if it is almost inevitable. Is it because directors are merely trying to keep up with society, or are filmmakers themselves setting the agenda?
That’s a very interesting point. And I think it ties in with the way in which progressively more honest and therefore explicit depictions of sexuality have been incorporated into both independent and mainstream Cinema.
My perspective is that the art form has matured sufficiently now. As far as “setting the agenda” goes, I really think that every film that is made is a reflection of the times in which it was produced, but I do believe that films also shape the cultural discourse. They feed off each other.

Are people more obsessed and worried about sex these days than at any time in human history?
There’s a growing appetite for depictions of sexuality, for sure. The level of obsession is up to the individual and I reckon the impulse to gaze is as old as the human race itself, but there is a greater thirst for seeing images that reveal more and more. Again, it’s the digital age we live in. The immediate accessibility of explicit content generates a taste for it. You have to feed “the retina of the mind’s eye”, to borrow a phrase coined by Cronenberg.

What can we look forward to in the third episode?
Episode 3 will bring back the horror element to the foreground. Luisa Torregrosa’s Mystery Woman will return and Nature will also take a big part. It’s entitled “Re-Enactments” for a reason. The notion of actors playing a role within a role is part of the deconstructive quality that I intend to bring to the form, to the narrative and to the actual rituals.

How has your crowdsourcing progressed so far, and how many episodes have you lined up for the Morning Interim series? Have you considered making the series into a full-length feature?
The idea to turn the project into a series was a means to rescue it. The pilot episode was enabled and partially funded by Spain’s Torregrosa Producciones, but we didn’t know where to go from that point – despite being immensely proud of it. We’re well aware of the experimental, abstract quality of the project and wanted to preserve that by all means.
It soon became apparent that the slow-burning narrative needed to span eight episodes, which makes it even trickier to fund. But, we’re getting there – very gradually.
Frontier Media established The Vault of Alternative Cinema, as a means to centralise access to current and previous output. The approach has been to have the pay-per-view of the existing episodes (along with access to other films available to stream or buy on DVD) exclusively fund the production of the series. This does slow down the process, but, in an odd way, suits the unfolding of the mystery. Online patronage has also started contributing monthly to production costs. We hope that the support grows in time, so we can shorten the waiting period between episodes for fans of Morning Interim.