A 2013 Tribute to Italian Mainstream Cinema 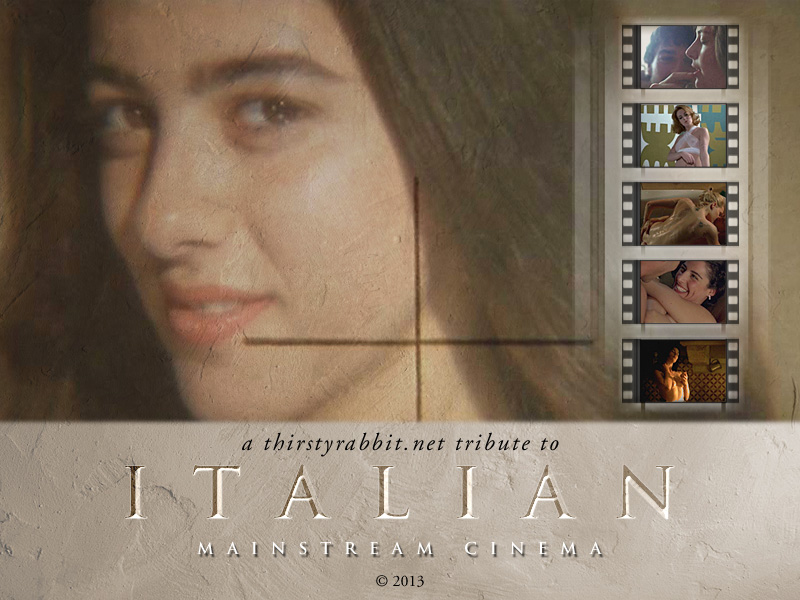 For a country whose cinema has been the most written about in this site, it’s odd that there’s never been a tribute, and so I’ve finally managed to post one for Italian mainstream cinema.

List of films in the order of their appearance:

The Music:
A reason for the delay was in choosing an inspiring music track that suitably illustrated Italian cinema’s unique qualities. But before I’m accused of musical ignorance (or arrogance even), let me explain that the difficulty is not so much in picking a tune, but in choosing one that compared with, or even bettered what I had already used many years ago for a similar tribute. Yet to find a comparable one at the time of this post, I’ve used the same track that inspired me the first time – Patty Pravo’s remarkable adaptation of a famous Spanish song sung by the beautiful Silvano Mangano’s character in the 1951 film classic, “Anna” (El negro zumbon). As enchanting as Flo Sandon’s rendition in “Anna” was (by the way, a clip from the song in that film also appears in Tornatore’s Cinema Paradiso), Patty Pravo takes to it to an entirely different level, with only two stanzas of lyrics, and in Italian.

For me, Patty Pravo’s version, titled “Il Negro Zumbon” exquisitely encapsulates the entertainment aspect of cinema – the spectacle, the carnival, and the drama – there’s so much conveyed through the music, and what’s more, it is also superbly composed. This track made me fall in love with Patty Pravo, and it looks like I still am, having listened to it several times during the making of this technically demanding compilation..!

I hope you enjoy this too – nineteen films have been referenced in the compilation, and apart from two, the rest have already been reviewed in this site at the time of posting.

If you like the track, here’s the link for Patty Pravo’s album:
Amazon ‘Grande Patty’ Album

Note: As with all tribute posts in the site, this one is also public. Enjoy, comment, and feel free to ‘like’, tweet, or spread the word across in any way you can among friends. There’s nothing vulgar in the video – it’s just a celebration of Italian cinema and the female form. 🙂

15 Responses to A 2013 Tribute to Italian Mainstream Cinema