Having had his break after Zwartboek, Paul Verhoeven eases back into film-making mode with “Steekspel” [Eng. Title: Tricked], by using it as a ‘creative-battery-recharging’ project. It’s a moderate success because, despite its meagre fifty minutes, the pint-sized featurette manages to package a coherent narrative with several twists and turns. 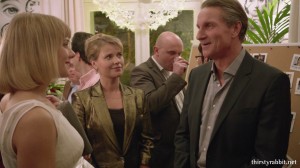 It is Remco’s (Peter Blok) fiftieth birthday and his dutiful wife Ineke (Ricky Koole) has meticulously organised a party at their home. However, an unexpected visitor comes calling – his former mistress Nadja (Sallie Harmsen), with a very visible baby bump, which raise eyebrows all around and sets tongues wagging in hushed tones. After all, his affair was known to everyone, including his grown-up children and Ineke herself. It sets the tone for a series of soap-operatic events that’ll follow. 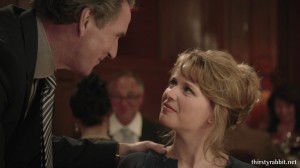 Remco had been a serial philanderer all through his marriage, which Ineke had only been too aware of. She tacitly tolerated his numerous affairs because they never last for a long period, and he invariably also returns home every night. However, she couldn’t tolerate Remco being the father of Nadja’s child, and has threatened to leave him if it turned out to be the case. 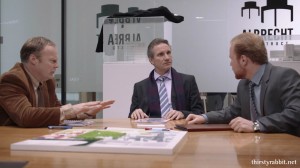 That is however what Nadja will claim to Remco in private – that he is the father, and his business associates will use this pretext to blackmail him into selling the company in which he and Ineke have a stake. To complicate matters, he’s also having an ongoing affair with his daughter Lieke’s (Carolien Spoor) best friend Merel (Gaite Jansen), whom his son Tobias (Robert de Hoog) also fancies… 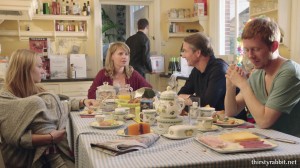 Kim van Kooten penned the first few pages of this topsy-turvy script before it was put up online, for crowd-sourcing input from public for the remainder of the film. Nearly 700 scripts were received, and van Kooten and Verhoeven sifted through a shortlist to pick and choose elements that gelled with the initial pages for completing the film. As a result, three other writers also appear in the film’s credits. The unusual project has apparently been one arduous exercise, and is highlighted in an accompanying documentary titled “Paul’s Experience”, where Verhoeven talks about the creative process and how it was a unique cinematic project – a glorified ‘Making-of’ if you will, which is presented alongside the film. 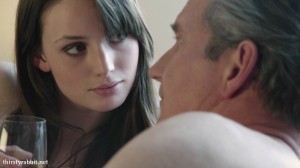 If employing too many ‘cooks’ could’ve easily ended up as mishmash in the wrong hands, Verhoeven uses it to his advantage by accommodating the additional twists and turns in the plot whilst retaining their connection. Besides, shooting each scene in succession, with the actors and even he not knowing what happens next, make them all the more credible, and encourages audience engagement. While the overall tone of the film is that of a typical ‘mainstream’ TV sitcom, it nevertheless entertains as much as it intrigues the viewer. We see Verhoeven make a film after a hiatus, and that at least is reason enough to watch it – Recommended Viewing..!

The Nudity: Gaite Jansen
By Paul Verhoeven’s own standards, the nudity in this film is relatively mild, consisting of two scenes that feature a cute and topless Gaite Jansen – her character is the object of interest for father-son duo Remco and Tobias. In the first scene Merel flashes her breasts for Tobias’s camera, telling him that he could now jack-off without having to photoshop her face to someone else’s. The second is when Remco and Merel jump into bed while discussing the reappearance of Nadja. But I wonder – among all of them who submitted script for the film, didn’t anyone even consider for a moment that Tobias might perhaps be interested in something more than Jansen’s modest little titties, alluring as they may be! Blimey, did I just complain there?! 🙂