I’ve had the film for a while but had been hesitant about writing about it for a number of reasons. It is one of the most depressing films I’ve seen in a while, and I really hated the idea of having to watch it again before writing the review. It is also a controversial film that depicts scenes of sexual violence and mutilation, in addition to explicit sex. Besides, it is a film that is hard to recommend to anyone, unless they’re used to such imagery and subject matter.

I ultimately realised I’m being unfair to Lars von Trier‘s honest attempt to explore extreme grief due to familial loss, and the accruing mental illness due to perceived guilt, and after a lot of deliberation, decided to make this post.

His 2009 film, “Antichrist” has had wildly mixed reviews, and caused a sensation when von Trier was nominated for the Golden Palm at Cannes that year. Even in IMDB, reviewers try hard to read too much into the film. Yes there is symbolism, but as far as I can see, it is a simple story dealing with trauma, and how it puts even committed relationships to the test. The film itself is beautifully done, with some exquisite cinematography and challenging interpretations of the main characters – the husband and wife duo, played by Willem Dafoe and Charlotte Gainsbourg respectively.

Collage 1:
There is only brief nudity in this scene but it is beautifully made, even if it is a sad one. Contains explicit imagery. 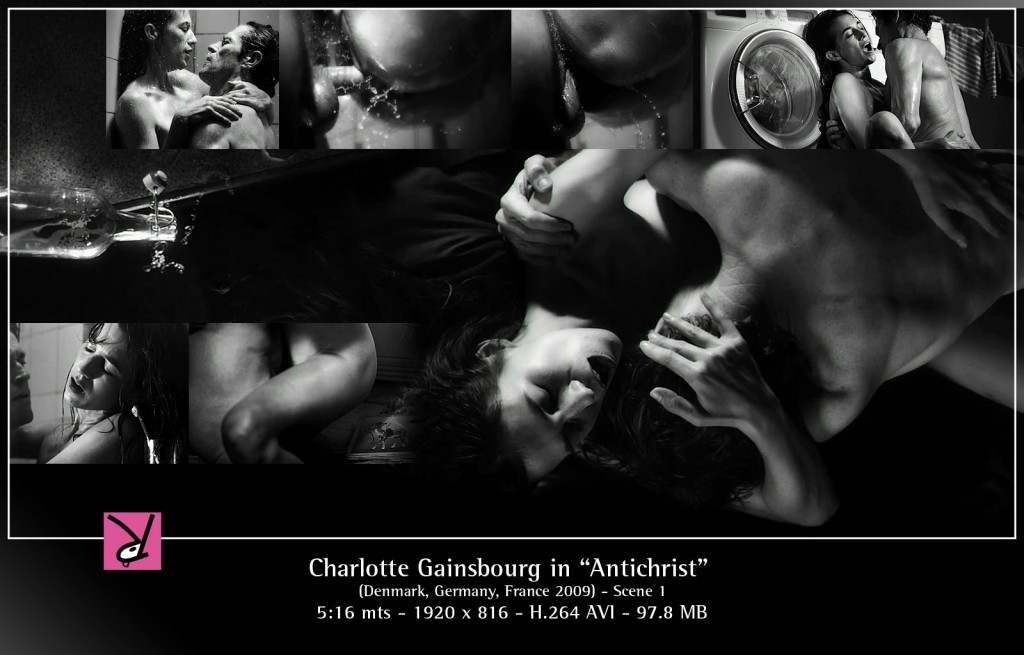 A beautiful but sad scene at the start of the film, “Antichrist”.

Collage 2:
Charlotte Gainsbourg from the film. The explicit scenes use body-doubles, both for Ms. Gainsbourg and Mr Dafoe. To put your mind at ease, no clitoris was injured during the making of this film! 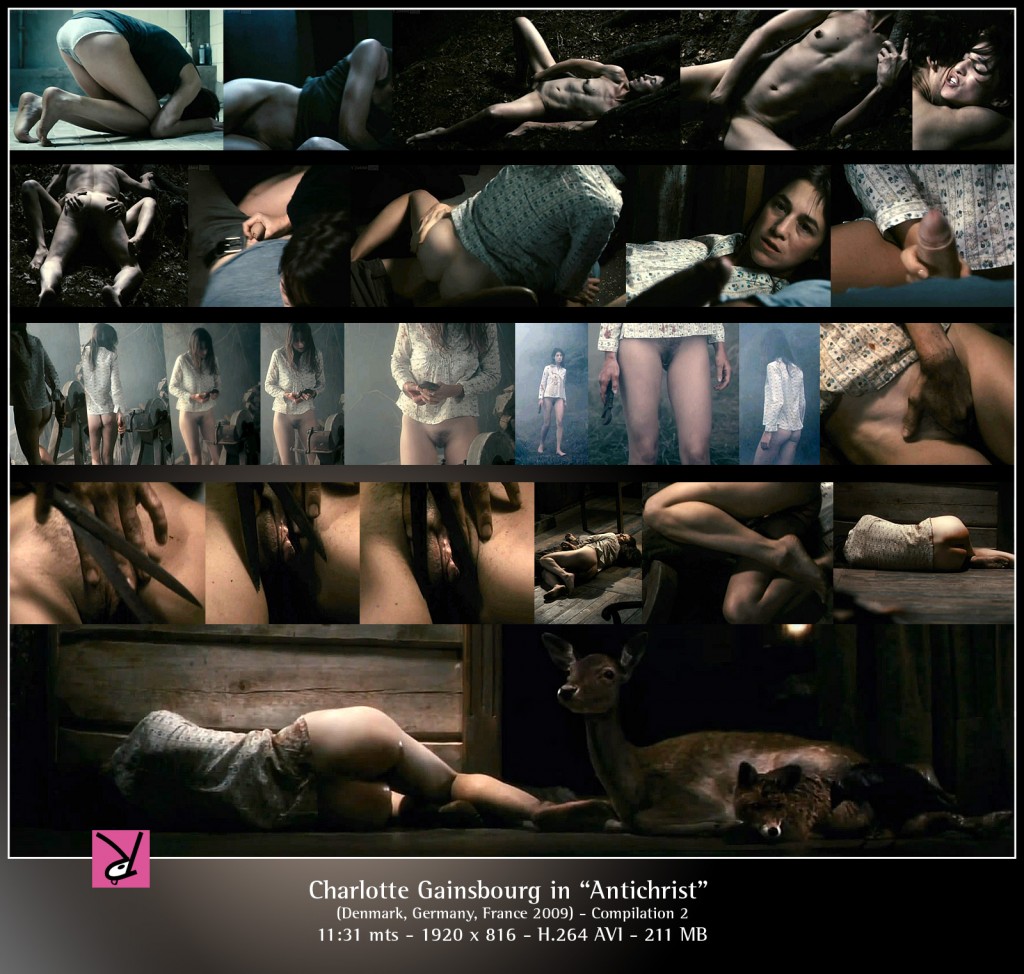 Some of the scenes in Antichrist are intense and disturbing, apart from being explicit.