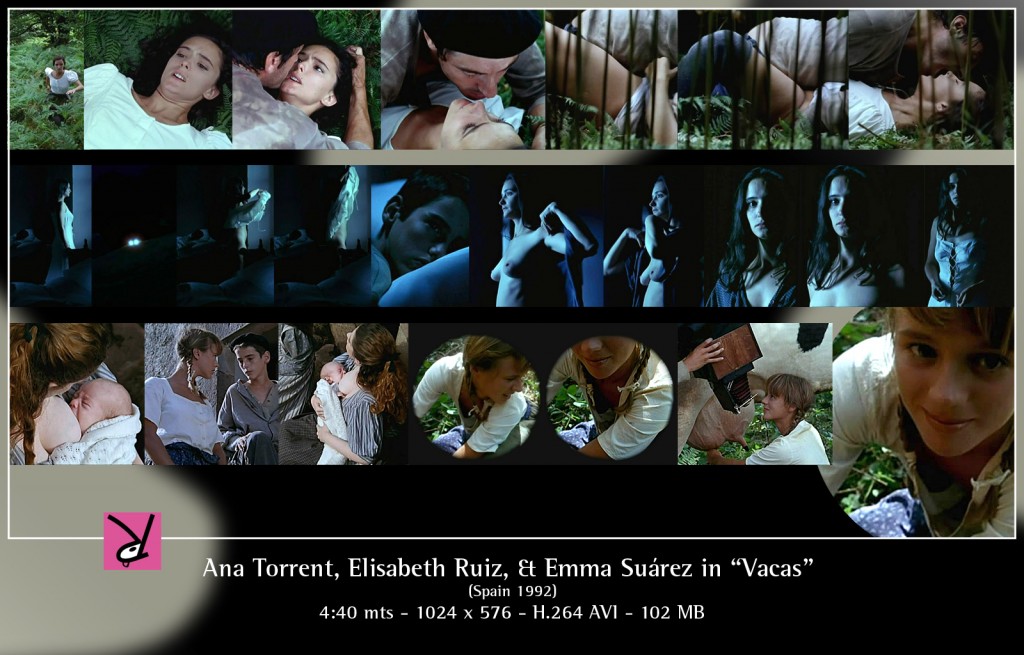 For a debut feature, Julio Medem’s “Vacas” [Eng. Title: Cows] is extraordinarily mature in craftmanship and execution. It’s as if he had already set the template for his style of filmmaking – imprints of which can be found in all his films since then. Even though I had seen his second film “La Ardilla Roja” earlier, it was “Vacas” that made me a true fan of the maestro, and through the years he’s never failed to impress. This still remains one of my all-time favourite Medem films along with “Los Amantes del Circulo Polar” – it is European cinema at it’s best. I’m not surprised he won the Goya for the best new director the following year.

The story spans three generations of two feuding families – neighbours – in the Basque country. But I’m at a loss as to where to begin writing about this masterpiece – Sr. Medem has crammed in so many themes and references, some of which still debated to this day in film forums, that it would require a wholly different topic to extol its virtues. And yes, there are some minor imperfections here and there, but this only adds to the film’s charm. All I can say is – don’t miss this film if you get a chance.

I’ve combined several scenes in this compilation from my DVD which I found relevant to this blog. The first part is when Catalina, played by Ana Torrent, loses her virginity to her neighbour under dramatic circumstances – they had loved each other from a distance until then. The second part is when Catalina sneaks out in the night to rendezvous with her lover who is now married to someone else – their son notices but pretends to be asleep – but when she returns, she sees her possessive brother waiting for her. There is then a brief exposure from Elisabeth Ruiz as she feeds her baby while being watched by people around, and finally Cristina, played by a cute Emma Suárez is being photographed by her half brother – she was twenty eight when she did this film but barely looks older than fifteen.