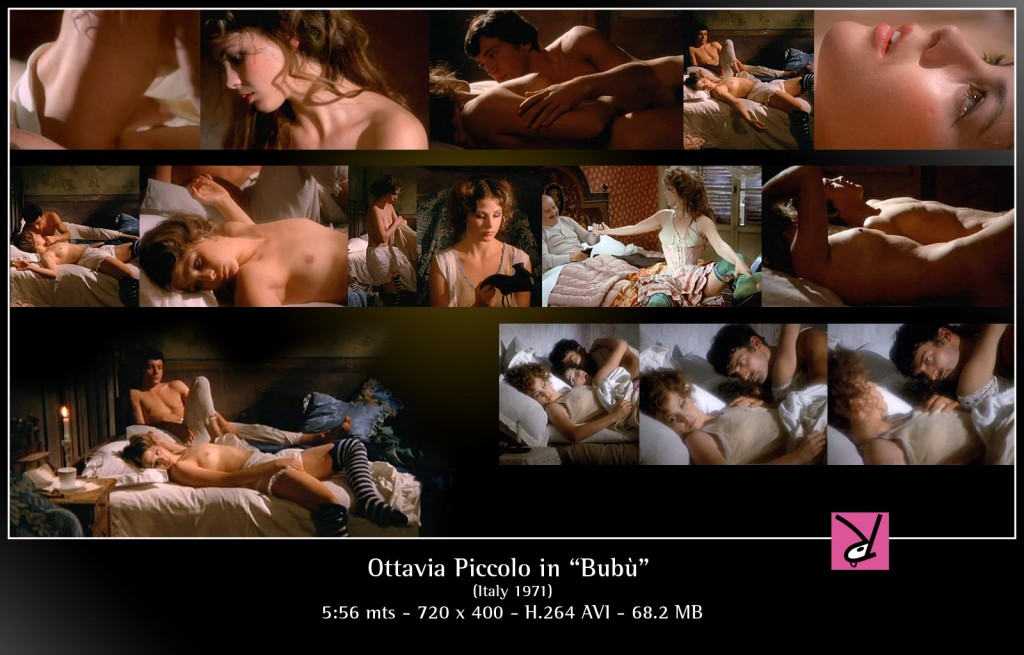 I haven’t yet fully discovered the filmography of the late Italian director Mouro Bolognini, but from what I’ve seen so far, it appears his earlier works were far superior to those done in his later years. His 1971 beauty “Bubù” certainly falls under the former, and films like La Venexiana, the latter.

“Bubù” – a period piece, is a magical film with sumptuous cinematography and art direction reminiscent of a late renaissance painting, supported by gorgeous costumes, excellent soundtrack, well written script, and a casting that couldn’t possibly be bettered. On their part, the actors give a solid performance to make this a fine and memorable film.

The story is about a young laundress, Berta who falls madly in love with a baker – Bubù, who in turn quits his job and ends up living off his lover. Her meagre income couldn’t obviously meet his gambling and other needs, so he forces Berta into prostitution – he becoming her pimp. Meanwhile Piero, a student living nearby who too loves Berta, tries to redeem her. But she supresses her feelings for him, only visiting, unannounced, whenever she needed something. The film takes a darker turn when Berta becomes a carrier for syphilis and passes it on to Bubù, who soon starts showing his true colours. But Berta finds it hard to raise herself out of the gutter, even with a helping hand from Piero, for he too proves his fallibility. I’m not generally a great fan of melodrama, but this one is a beautiful and poignant exception. Le ragazza molto bellissima Ottavia Piccolo plays Berta.

This entry was posted in Italian Cinema and tagged Italian cinema, Ottavia Piccolo. Bookmark the permalink.