Continuing the filmography of Bigas Luna, this is his 2006 feature “Yo Soy la Juani” [Eng. Title: My Name is Juani], a story of a small-town belle going to big city with dreams of becoming an actress. His latest film “Di Di Hollywood” also works on the same theme. I was going to post his latest film first, but thought this would be a better introduction to his recent obsession with aspiring starlets. But I feel both these are some of his least original film themes. While his palette and technique has become impressive these days, the films lack the edginess of his early years – many of which remain true classics of European cinema. In this film, apart from the titles and technical aspects, this is an ordinary film.

Juani, a savvy hip-hop and fast car loving shop assistant, dreams of becoming a successful actress – her dreams extending all the way to Hollywood. She’s also madly in love with Jonah, a local garage attendant. However, when she catches him with another girl in his garage, Juani’s had enough and uses the breakup as an excuse to start a new life in Madrid. She also drags along her best friend Vanessa, low in confidence owing to her modest breast size. The rest of the film follows their successes and failures in their respective quest. Juani particularly finds things more difficult. She almost gives up, until her mother’s support and encouragement make her more determined to succeed. Juani is played by Verónica Echegui, and Vanessa by Laya Martí. 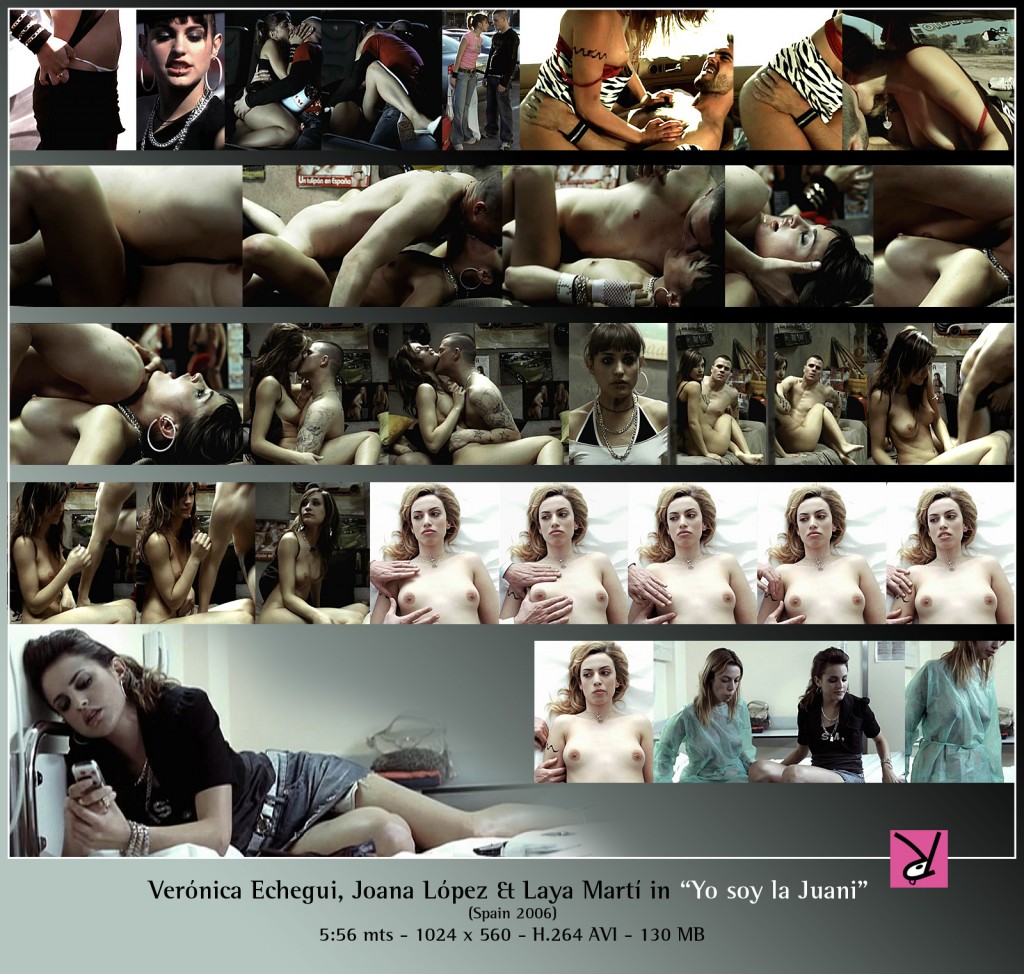 I’ve used the best bits from the film to make this compilation:
Scene 1: At the beginning, Juani quickly changes into into her street gear after leaving work.
Scene 2: Juani fooling around with her boyfriend Jonah in the cinema.
Scene 3: When Juani mentions her intention to go to Madrid, Jonah orders her not to go, she asks him to fuck off and leaves. He follows her begging for forgiveness. She tells him to stop sucking-up and eat her pussy instead, and they have sex in the car, composited with some go-karting scenes.
Scene 4: Juani catches Jonah redhanded with her bitter rival Nadia, played by Joana López, and walks off in a rage.
Scene 5: Vanessa gets her breasts examined by a surgeon while Juani attends auditions (split screen).
Scene 6: Juani comforts Vanessa before surgery and waits for it to finish.
Scene 7: A brief sexy dance between the girls at a party.