José Corbacho & Juan Cruz’s debut feature in 2005, “Tapas” is a typical example of what makes European films so magical. The gentle comedy drama is a beautiful and intimate portrait of people living in a neighbourhood of Barcelona – the part of town tourists usually don’t get to see. It observes the lives of a grocer, a supermarket assistant, a tapas bar owner and an elderly couple, conjuring up a nostalgic view of the town’s quarter where one of the film’s directors grew up. The film deservedly won several awards including a Goya for Best New Director the following year. There is only brief nudity in a couple of scenes, but I so liked the film that this post is actually more of an excuse for writing something about it. Needless to say – Recommended Viewing.

Raquel has been separated for two years, and now has an online relationship with an Argentinian man she’s not yet met. Sexual frustration initially draws her to one of her regular customer’s son, but it develops into something more deep. The first few scenes are about Raquel, played by Elvira Mínguez. Even though there’s very little nudity, the initial kissing scene is erotic where you have a young lad making out with a woman old enough to be his mother. The final scene is of the tapas bar owner having sex with his regular prostitute and confidante Carmela, played by Rosario Pardo. This is a gently funny scene where the guy asks her to recite player names of his favourite football team from 15 years ago. She tells him afterwards that it’s his weird fantasies and behaviour that would have driven his wife away – the wife had left him unannounced at the beginning of the film. And I loved that accent of hers too! 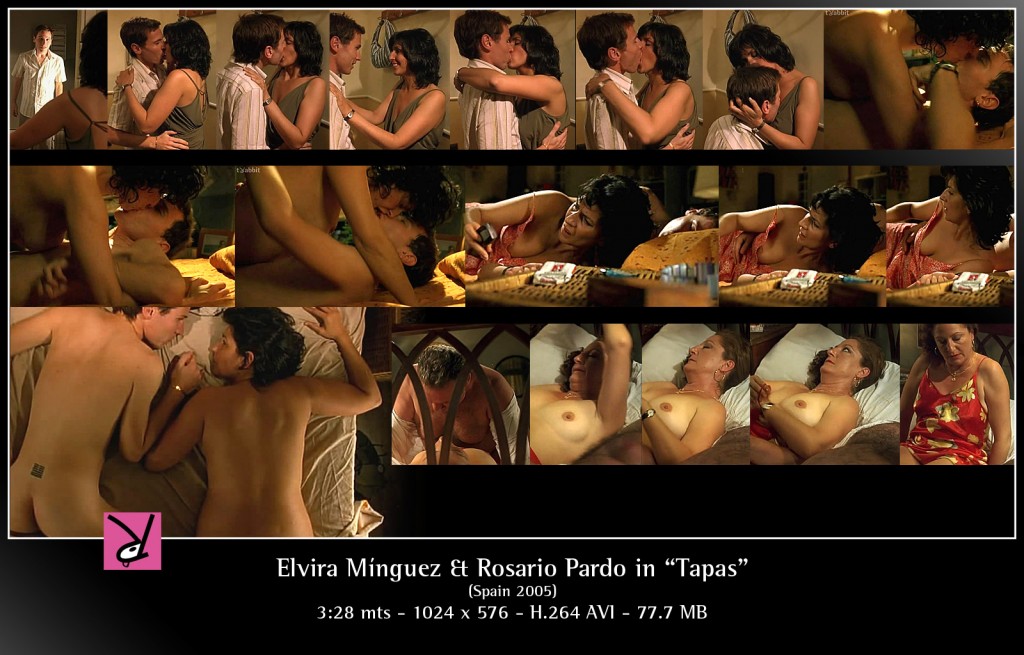