OK, this year’s Oscars are upon us, and under the best foreign language film of the year, my personal favourite is the Greek nomination, “Dog Tooth” aka “Kynodontas” – a unique film in the way it explores fundamental issues relating to human identity, perception, and nature. To be fair I haven’t seen the Danish and Algerian entry, so my choice may be biased, but the aforementioned film is definitely Oscar-worthy.

Meanwhile to cheer for the Greeks, I’ve decided to review a film that was already in my posting-queue, which was there for an Italian actress who stars in it. Ilias Mylonakos’ 1978 crime-thriller, “Ishyri Dosi… Sex” [International Title: Operation Orient] is a typical 1970’s sexploitation flick using Playboy centrefolds and B-grade male actors of the time – let’s just say you don’t watch these films looking for something challenging. Having said that, the film is technically sound, with decent editing, sound and cinematography. Those days, they ‘cared’ about what they were making – even if it was trash, the people in the studio and lab were still professionals and would’ve worked on serious films too.

As far as I’m aware (and I’ve exhausted my search after 2 years), this film was never released on DVD, and the only copies you’re likely to come across are VHS-transfers in full-screen. Some people sell them on a DVD, so make sure before committing to buy anything. But the film does contain some nude scenes that had to be see to be believed. It is so rare that even the lead actress Annamaria Clementi hadn’t ever seen the finished film. She remembers travelling to Greece for a brief shoot, but not what the film was about, apart from it being a gangster flick. The production company went bust soon after completing the film. She was thankful and thrilled to bits when I sent her a copy – must have sure brought back some interesting memories!

Compilation 1: Annamaria Clementi
As a babe, in my book – she’s ‘up there’ among the best. She plays the love interest of the protagonist-gangster, taking care of him when his wife is not around. She was the only reason I sat through the film, and the time was ALL worth it..! I don’t need to describe the scenes as it is dubbed in English. 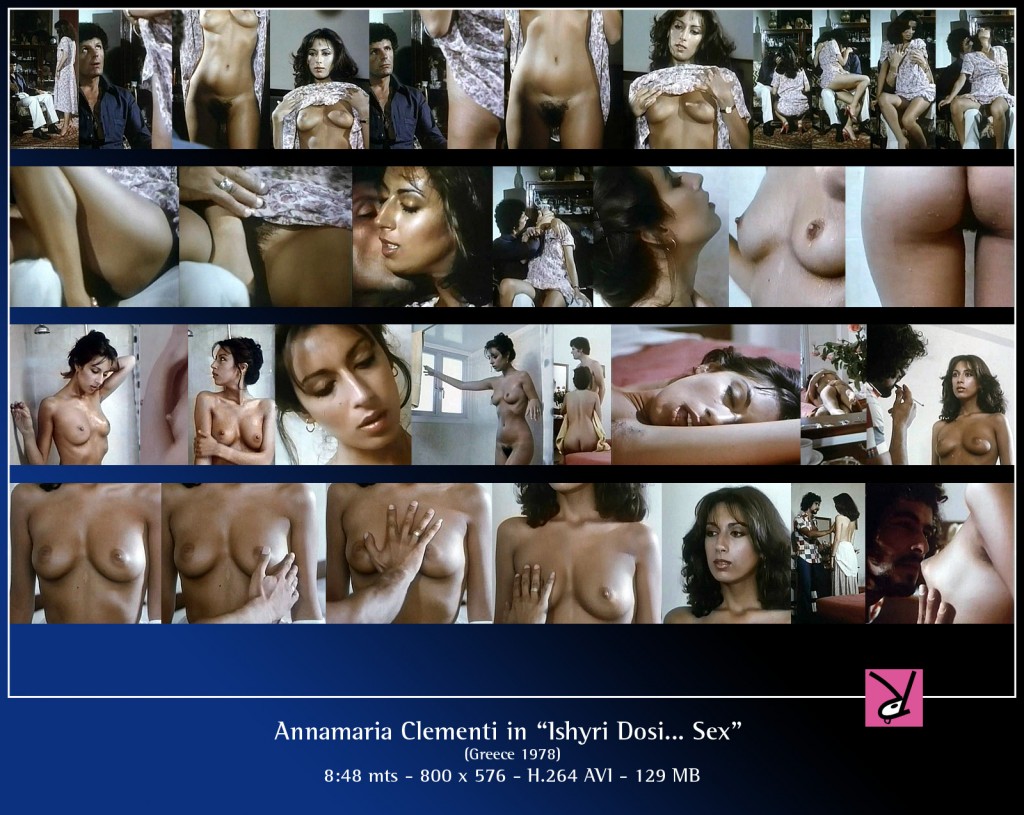 There\’s something about Annamaria Clementi that drives men wild. A compilation from “Ishyri Dosi… Sex”.

Compilation 2: Annamaria Clementi & Rosaria della Femmina
Rosaria della Femmina plays the gangster’s wife. The scene starts with her spending a sleepless night alone, and she wanders around the house, wondering what he was up to with his mistress – the very dishy Annamaria Clementi. Well, she was getting liberally groped at the time, and even if you can see from her attitude that she’s more of a ‘you can only see – but not touch’ kinda girl, it doesn’t stop the guy from trying..! 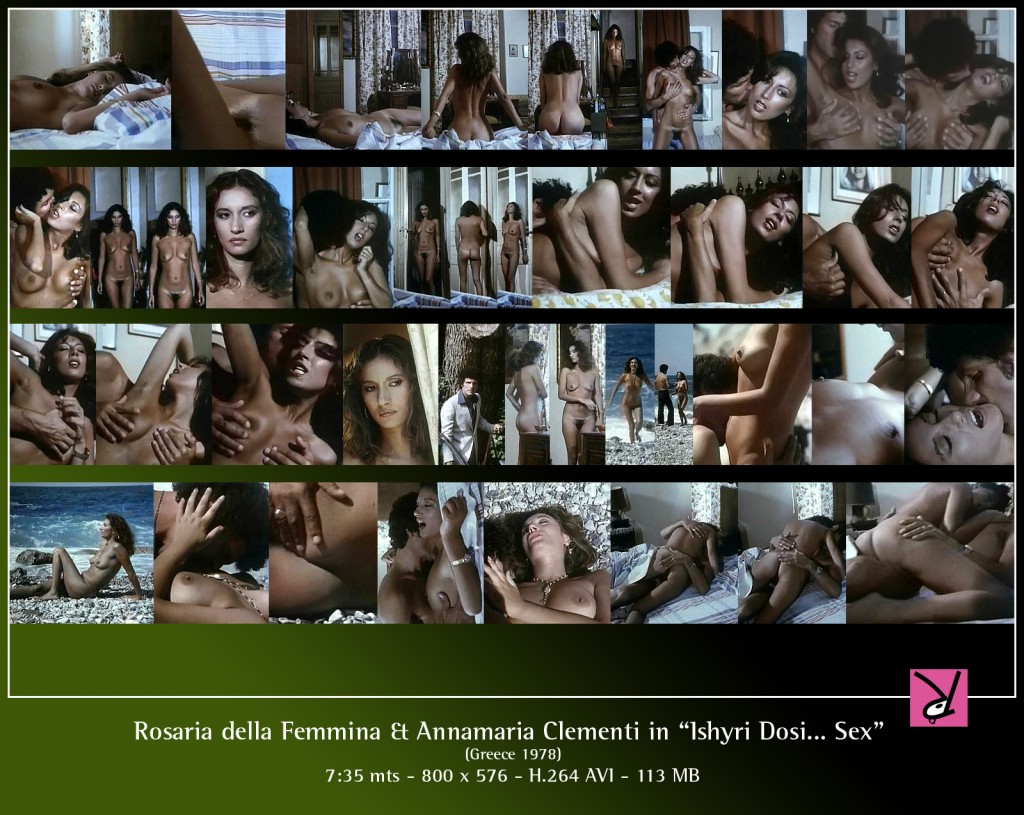