This is a famous classic which needs to go in here as part of Bigas Luna’s filmography. “La Teta i la Lluna” [Spanish Title: La Teta y la Luna, Eng. Title: The Tit and the Moon] is possibly Luna’s finest ‘mainstream’ film, one that has surprisingly been overlooked by many critics – this film deserves a lot more accolades than it has due to its rich symbolism and captivating story.

Unlike some who think this is a ‘coming-of-age’ film, it is actually a celebration of childhood, motherhood, womanhood, and good old Catalunya. This film has great depth, which may relate to native Catalonians readily than others who may require more than one viewing to understand some of its nuances. Having said that, the film is also playful in a style reminiscent of Federico Fellini’s “Amarcord” – what we see is Luna’s unabashed love of his homeland, its people and their quirks. He throws in a lot of ‘foreigners’ in the film to give us an insight into what it means to be a Catalonian. Unbelievably this is also so unlike a typical Bigas Luna film – most of his films are darker and sceptical.

The film has a lot of things going for it – the lush cinematography, the hilariously incongruous Flamenco soundtrack, the excellent performances by the young protagonist (he’s one cute little fellar) and the delightful French actress Mathilda May, the superb characterisation, and the witty and sometimes irreverent dialogues. Laura Mañá plays a very different character here rather well – as a young mother weaning the young protagonist off breast milk after the new baby arrives. If you are ever stuck with the option of having to buy only one film by Bigas Luna, make sure it is “La Teta y la Luna” – trust me – you will not regret it. Highly Recommended Viewing..!
Amazon DVD Link

Compilation 1: Laura Mañá and Mathilda May
The compilations follow the storyline, explained through the scene guides. 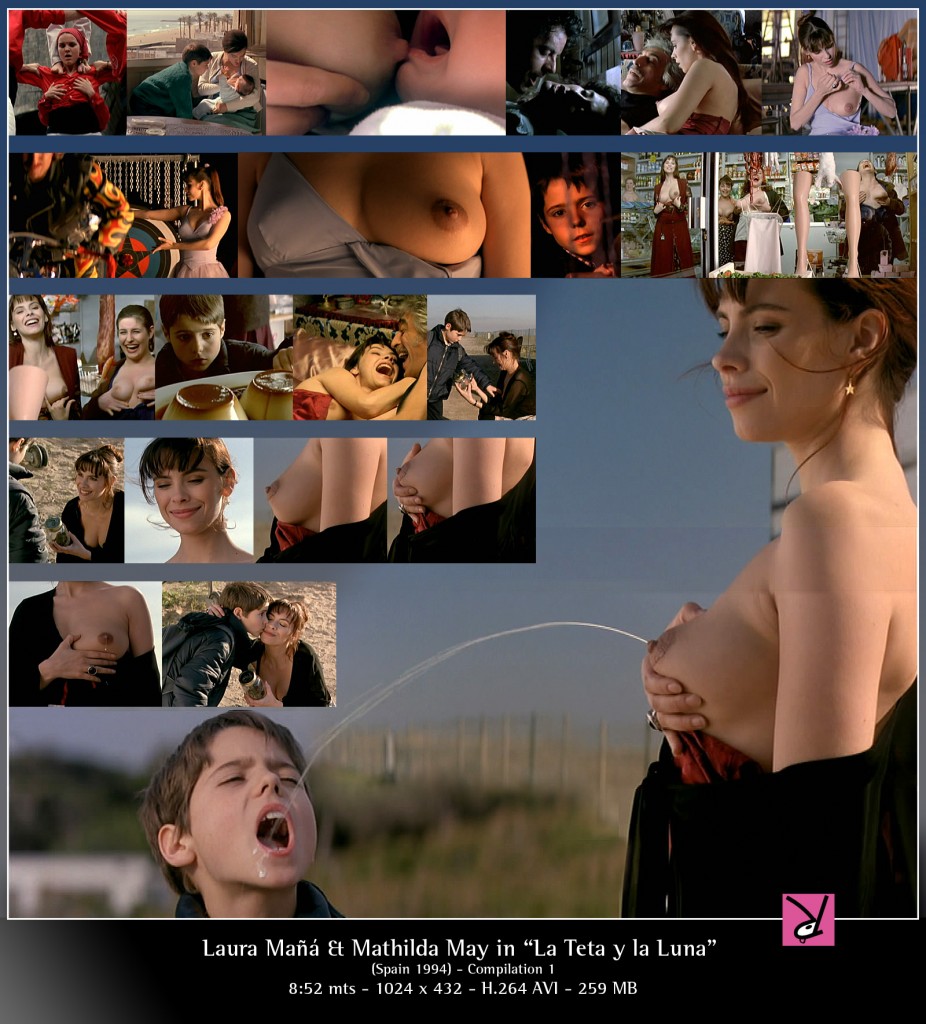 A charming film with beautiful scenes by Mathilda May and Laura Mañá in “La Teta y la Luna”.

Compilation 2: Mathilda May and Laura Mañá 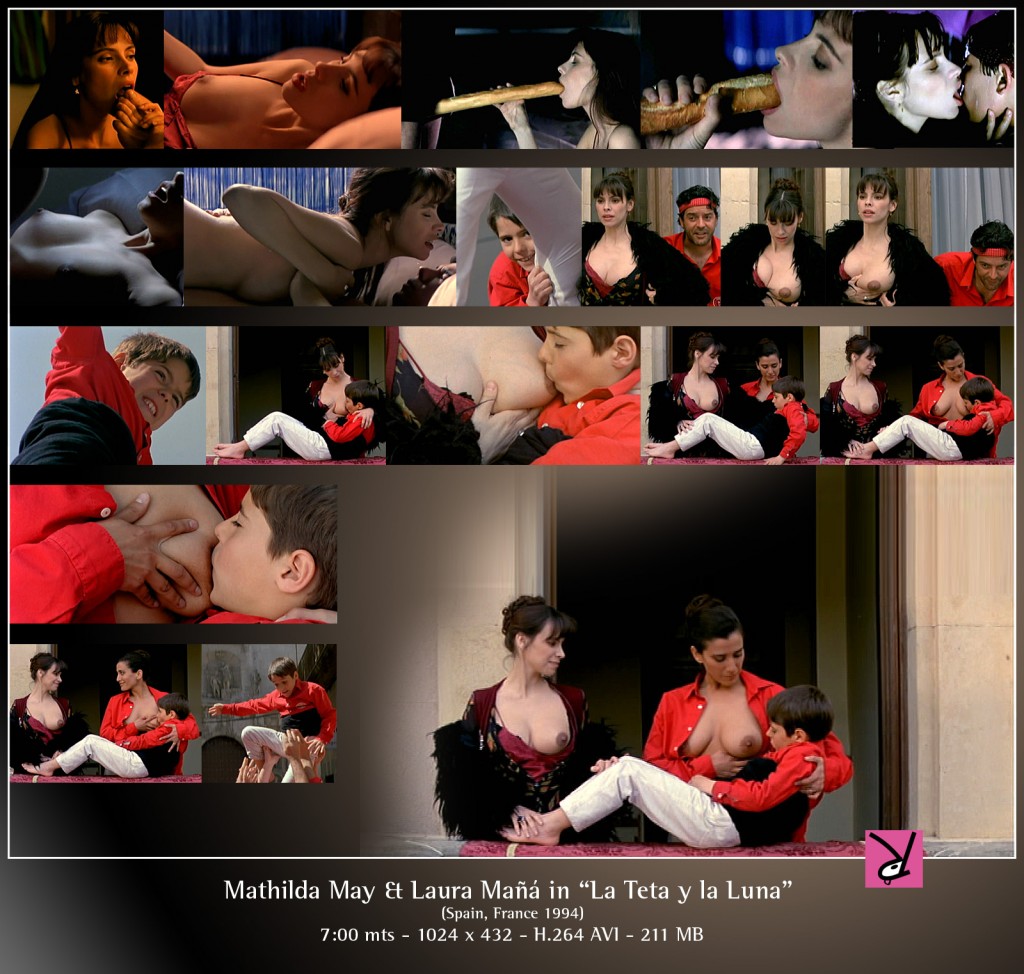