Pedro Almodovar has crafted some of the most exquisite films made in Spain, and among his later works, the 1997 drama “Carne Trémula” [Eng. Title: Live Flesh] remains a personal favourite.

The film uses abundant symbolism to propel its story, and therefore can be approached from many different angles a la Buñuel – you can either treat it at face-value or dig deep and look at the intricate nuances – which is a personal view of Almodovar’s Madrid, and the world as he sees it. As the title hints, there is constant referral to the womb – as the gateway to life, and the object of pleasure – something every character is talking about or playing with. An example – there’s a moment when a brothel keeper (brilliantly performed by Pilar Bardem) calms her heavily pregnant prostitute (Penélope Cruz) on the way to hospital during a night when General Franco had just declared a state of emergency. “If fools like us don’t decide to give birth once in a while, the world would be an empty place, or just full of old people…” The film is replete with pithy observations relating to the pre-eminence of the womb around (and because of) which everything else happens. To me this film is so ‘complete’ in that there is little else left to say. And the convincing manner in which Almodóvar connects each of the characters is simply astonishing. Add to this the powerful performances by actors, the thoughtful editing and the fantastic soundtrack – the reason for my choice is self-evident. If you haven’t already seen it, you really should. Highly Recommended Viewing!

Storyline in brief:
After serving time for a freak incident at an Italian diplomat’s house involving the daughter Elena, Victor decides to start afresh by forgetting the past. Just then he sees Elena at the cemetery – both were there for different reasons, and their lives cross path once again. But it wouldn’t only affect them, but also those around them…

The Nudity: Francesca Neri
There are two beautifully shot scenes of nudity from Francesca Neri who plays Elena, first with lover Victor, and later at home with her character’s husband. 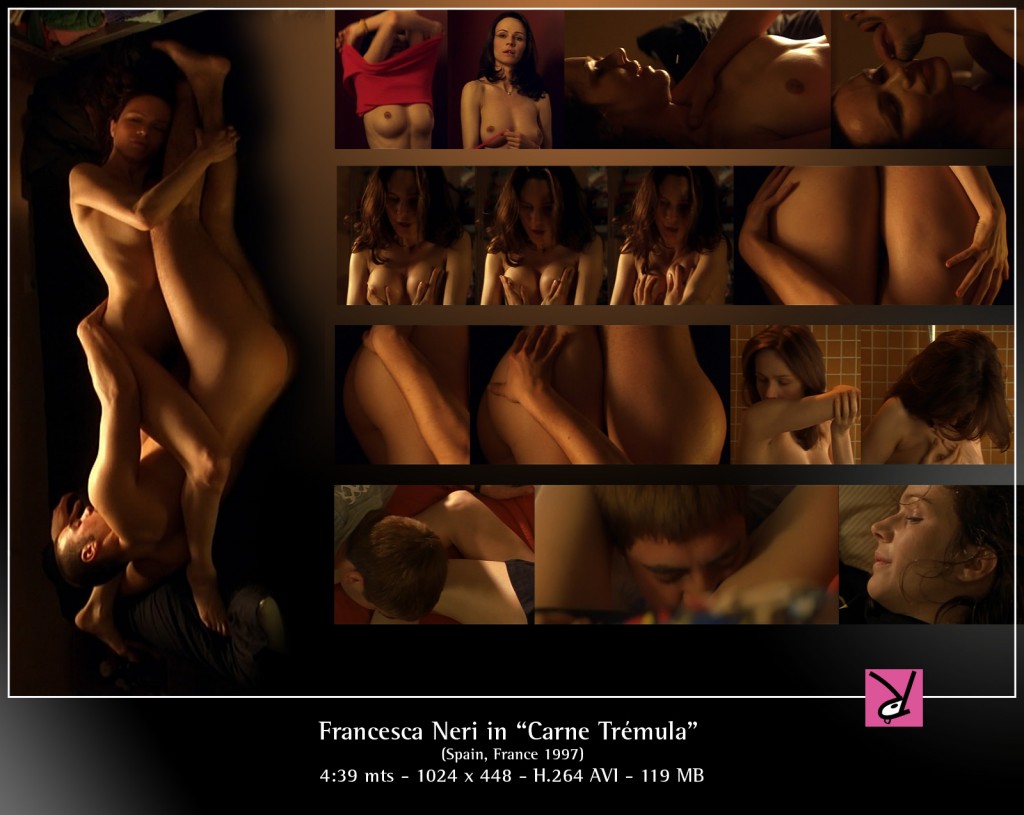