I bet Jens Jørgen Thorsen isn’t exactly a household name in Denmark, but his 1970 film, “Stille Dage i Clichy” [Eng. Title: Quiet Days in Clichy] is utterly memorable, or should I say ‘unforgettable’! After watching it for the first time (it was the 80’s), I found it offensive and depressing for a number of reasons. For a start, I hadn’t read Henry Miller, upon whose novel this film is based. Neither could I look beyond the persistent cynicism and explicit imagery throughout the film. But I just couldn’t get the film out of mind either – remembering the lines or situations as I went through my own ‘quiet days’.

Watching the film again recently, I could see where Miller was coming from, and why the particular novel drew interest even from the likes of Chabrol (that’s a different film which I’ll post later). The novel is largely autobiographical when Miller, between the wars, was living penniless in Clichy – a grotty corner of Paris which unfortunately still draws negative news in the press these days. It was a decadent period – and he wanted to be part of it. While reflecting on his experiences, he illustrates the sexual aspect rather vividly.

Revisiting this film, I find that Thorsen had imaginatively managed to recreate the rawness of Miller’s prose, whether through design or serendipity. Conventional film making rules were either discarded or couldn’t be afforded. What we have is an unapologetically amateurish-looking production with carefree editing and patchy screenplay, disguising the fact that it is exquisitely photographed, with an awesome soundtrack containing original scores from legends such as Ben Webster and Country Joe. It has a dry (and sometimes wicked) sense of humour, includes some interesting philosophical musings, along with some rubbish rantings too. The film will never enter the cinematic hall of fame – it was never intended – but it is outrageously entertaining all the same. I wouldn’t recommend this film to everyone, but if you want to experience something unique, watch it – with an open mind..!

Even though this is a Danish film, it is made in English, so the scenes need little description. I’ve cut these from a recently released Blu-ray edition – decently restored, but would have been even better if they had mastered it in its original aspect ratio, which was full-screen. Nevertheless, it is an enjoyable viewing experience.

Scene 1: Louise White
A hilarious scene where a weird woman enters Carl and Joey’s apartment looking for some ‘rent money’. The woman is played Louise White. 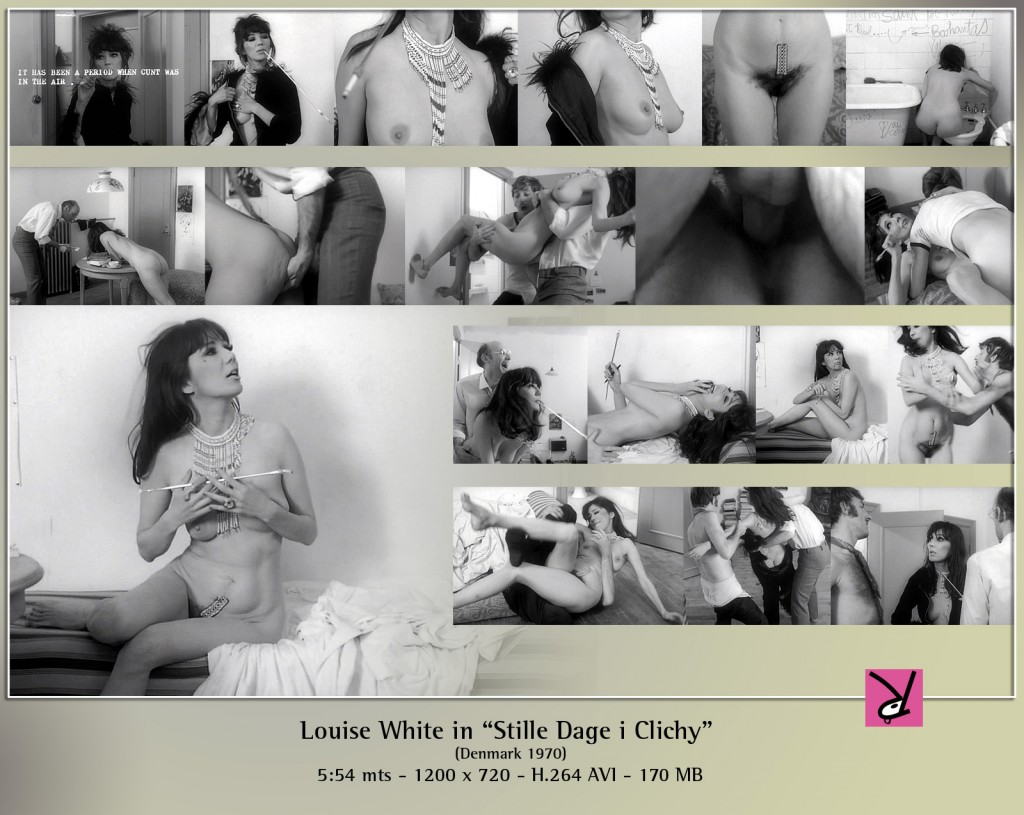 Scene 2: Ulla Koppel
Nys is one of Joey’s sexual exploits – he reminisces his first experience with her. Nys is played by the rather cute Ulla Koppel (credited as Ulla Lemvigh-Müller). If you’re a ‘breast’ man, you’ll love this..! 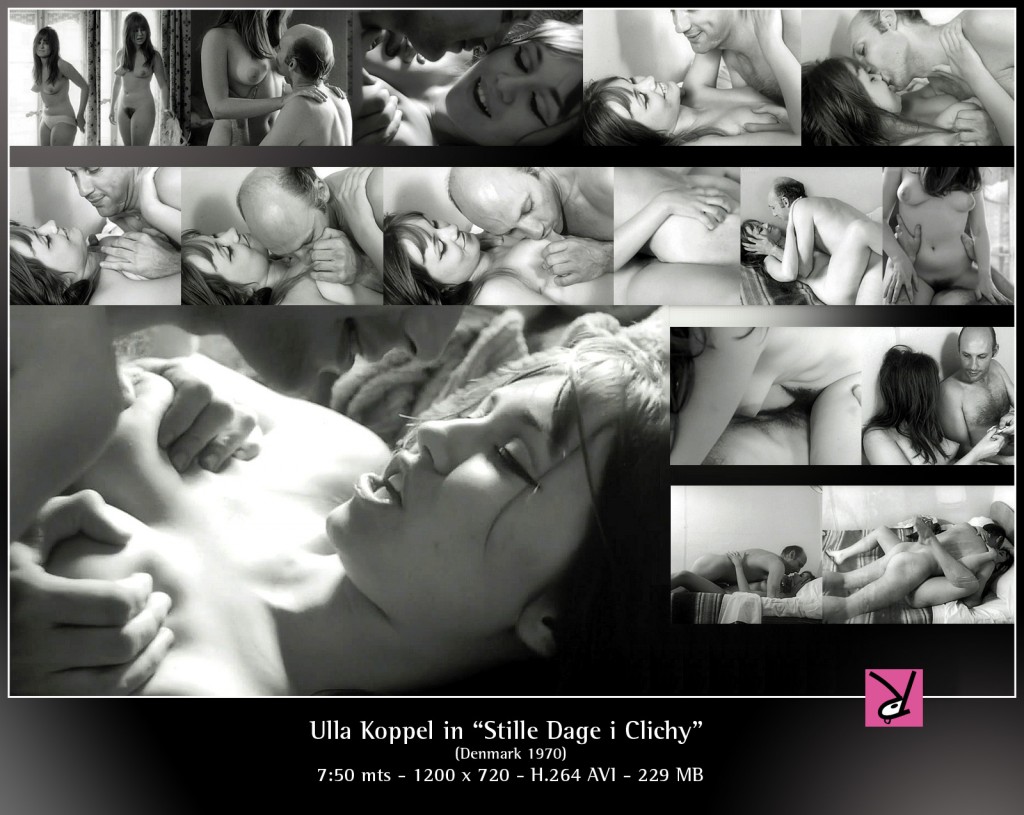 Cute and ‘puffy’ Ulla Koppel is ravished by joey’s character in “Stille Dage i Clichy”.

Scene 3: Elsebeth Reingaard, Lisbet Lundquist, and others
A classic – with some rather ‘earthy’ lyrics by Country Joe. Fifteen year old Colette somehow ends up in Joey and Carl’s apartment – they keep her there even when aware they could end up in jail if found out. Colette is played by Elsebeth Reingaard. Character names were not included for the actresses in the middle scenes. The Herald Tribune girl is Jeanne, played by Lisbet Lundquist. I haven’t forgotten the images nor the lyrics from this scene after so many years. 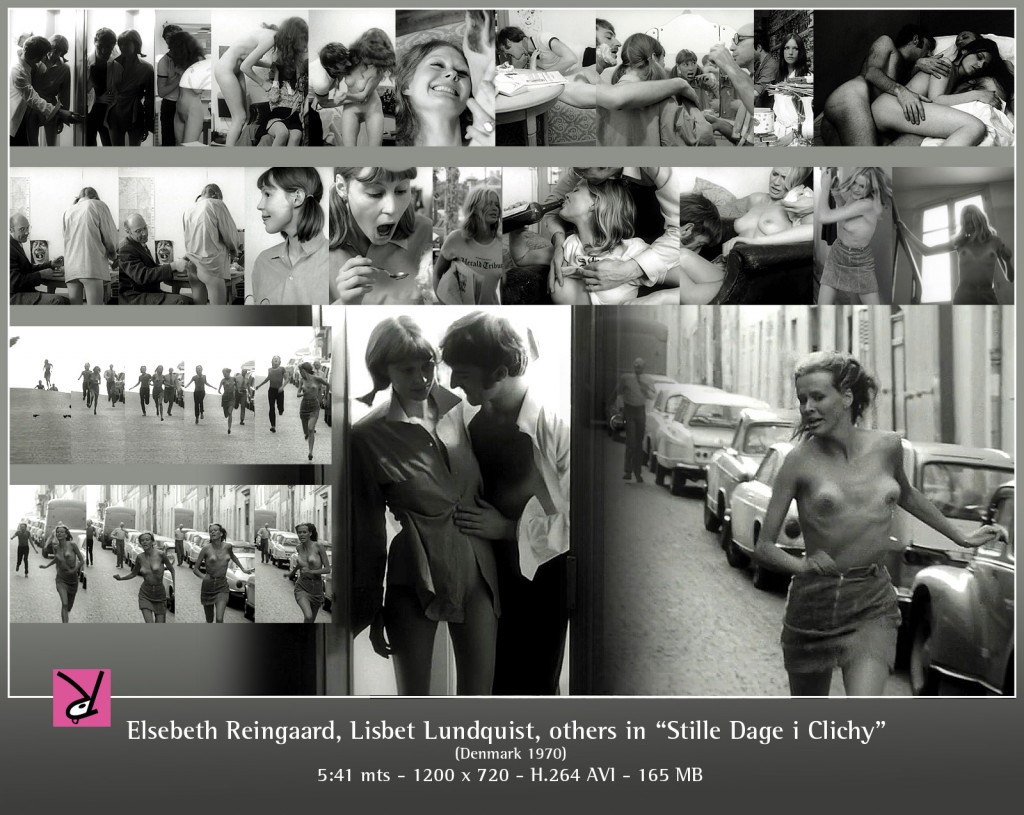 Scene 4: Petronella and unknown actress
This scene comes the closest to pornography – Joey and Carl pick up two ‘enthusiastic’ prostitutes from a bar (where you can also see Ben Webster performing), and have some fun in their apartment, even if they don’t have the means to pay for them. Only one character is named – Adrienne, played by Petronella – the one given the ‘speaking’ part. 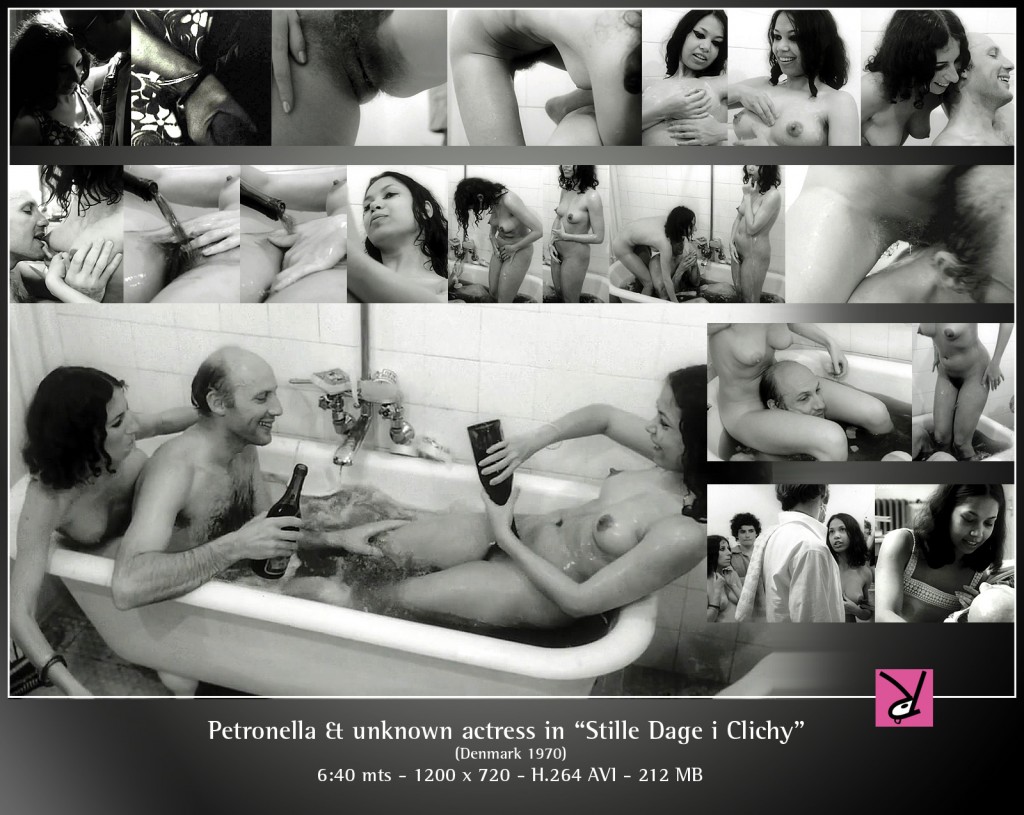 Some explicit nudity from Pretty Petronella in “Stille Dage i Clichy”.

Scene 5: Susanne Krage and Anne Kehler
Christine is Joey’s only serious love-interest in the film, here he recollects meeting her for the first time. I’ve included an earlier scene where Christine is played by a stunning brunette, but who turns into a blonde (a different woman altogether) in the sex scene – I believe this isn’t careless film making, but intentional as Joey’s remembering the woman he ‘kinda’ loved through rose-tinted glasses. Christine (the blonde one) is played by Susanne Krage. Carl also invites over his ‘cunt’ Corinne to the apartment, and they end up having a foursome, until Christine comes to her senses and decides to leave. Corinne is played by Anne Kehler. But beware of Carl’s ‘bits’ getting a good airing towards the end. I’ve also included some additional non-nude footage to illustrate the scene better. 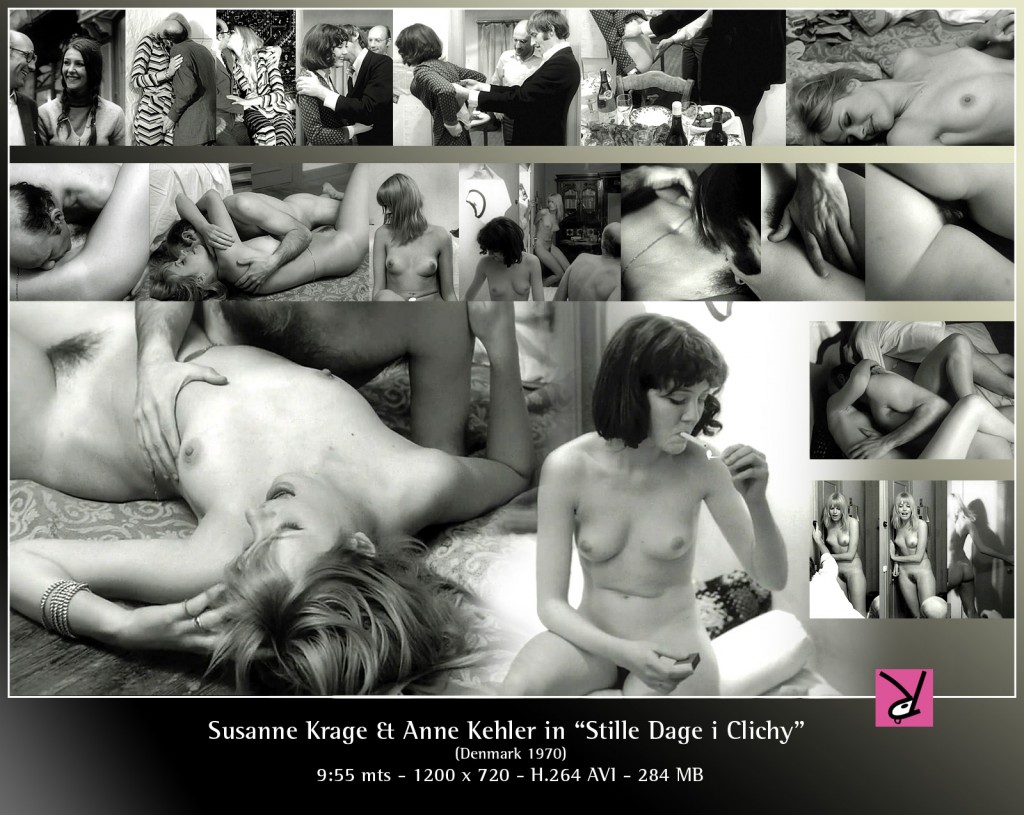 It ends up becoming a kinky foursome as Chrisitne (Sasanne Krage) and Corinne (Anne Kehler) get caught in the moment, from the film “Stille Dage i Clichy”.