Christophe Blanc’s latest film is a thriller (or should I say a comedy thriller) called “Blanc comme Neige” [Eng. Title: White Snow] with some high expectations. The film does start off nicely, but looses its way half way through. Some of the scenes are not believable at all – the plot is there, but the screenplay lets it down.
Maxine is a luxury car dealer living a contended life – a successful business, beautiful wife Michèle, loving daughter, neat little villa, and of course his sparkling new beemer. When he discovers the reason why his partner got murdered, he’s shocked to know that his partner had been selling defective cars to the Finnish Mafia, and when they ask for a refund, he tells them that he doesn’t have the money any more.
Now they’re pursuing Maxine for that money. He asks his brothers to help get rid of the gang, but things get ridiculously complicated further.

There are two brief nude appearances in the film, first when Michèle slides off into the pool, naked, and later when Maxine has a bad dream concerning his wife at office. I’ve added a few extra seconds before and after to allow people to follow the scene. Michèle is played by the absolutely gorgeous Louise Bourgoin. 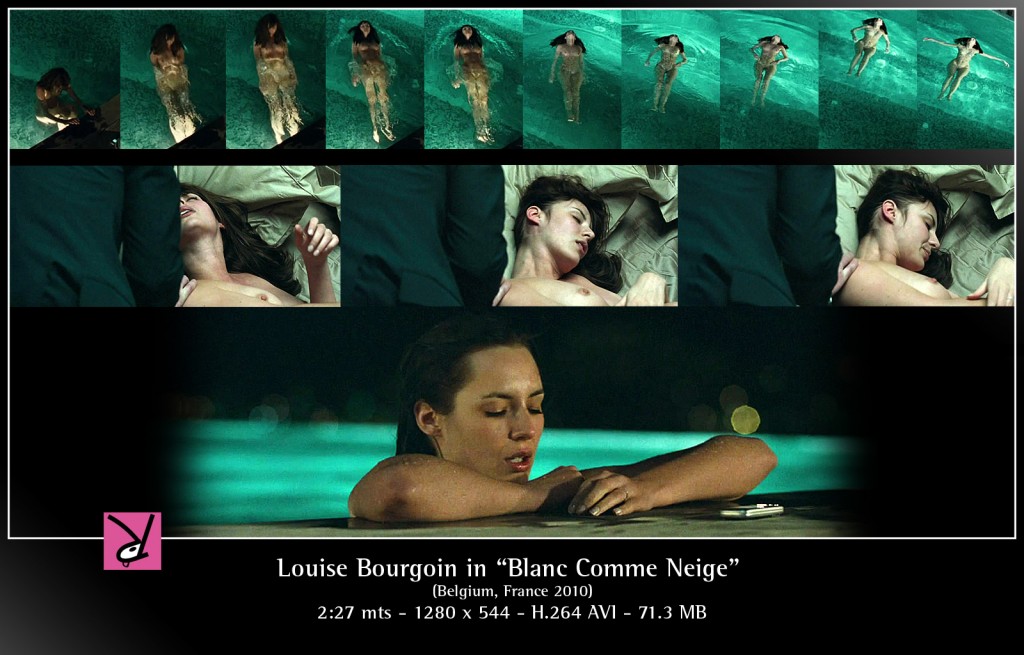