José Luis Garci adapted his 2005 film, “Ninette” from a play, and it shows. Barring one shot – being spied on from the army quarters opposite, the rest of the film is shot indoors. But it works, and one doesn’t remotely feel claustrophobic, not that one would, if someone like Elsa Pataky were to grace the screen every other minute.

It is a mild comedy set in the late 50’s. Andrés, a conservative lad from Murcia travels to Paris hoping to have some fun, but never gets to ‘see’ Paris itself – he spends the whole two weeks at the home his friend puts him in. Reason – Ninette – the landlord’s daughter.

This is where the film stutters. The prospect of the gorgeous Parisian Ninette falling headlong in love with smalltown Andrés at first sight seems a bit far fetched. Like this, most of the story is not believable at all – it reads like some escapist fantasy. It is nevertheless charming to see – even if it left me with an aftertaste of saccharin. Apart from Enrique Villén who plays the character Armando – Andrés’ friend in Paris, there’s not too many comedic moments. Half of the film takes place back in Spain when Andrés gets married to Ninette and becomes the envy of his poker friends. Everybody lives happily ever after.

The reason for buying this DVD , of course, is not for the comedy but the enticing legs of Elsa Pataky, who plays Ninette. She is quite adorable in this film, especially with that cute French accent.

The Nudity: Compilation 1
First part of the scene is when Andrés watches through an open door Ninette changing into something comfortable. She later even invites Andrés to kiss her. Then straight to bed. Later when Andrés tries to sneak out of the house to catch up with some sightseeing, Ninette pulls him back. A shower scene later, we now have a married Ninette blissfully tanning herself on the balcony while being spied on by the Captain of an army barracks opposite, 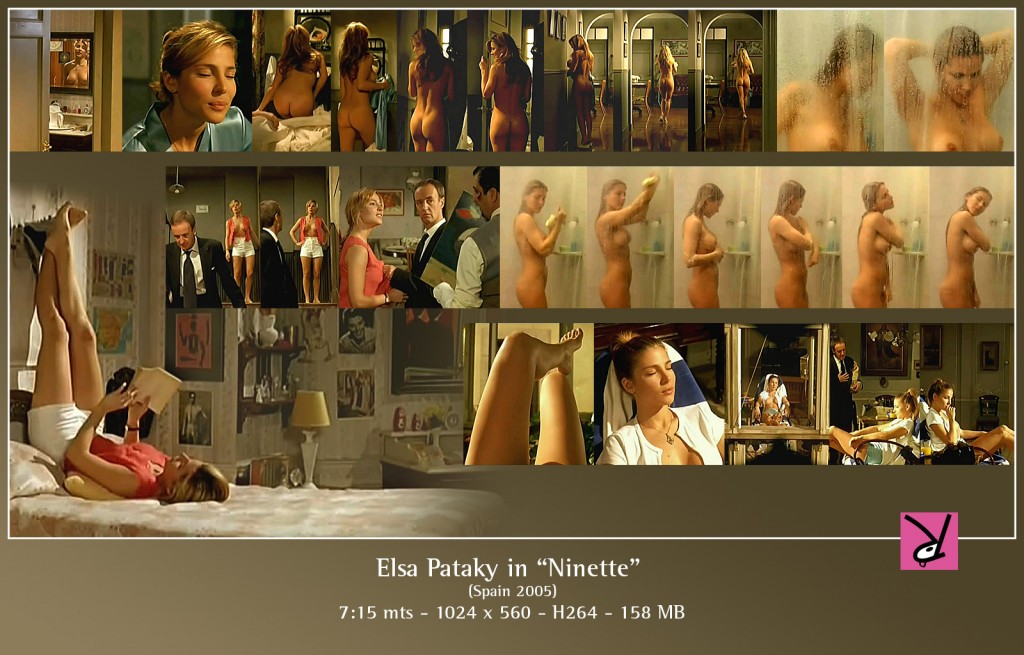 Elsa Pataky charms us with her wonderful presence in “Ninette”.

The Nudity: Compilation 2
Maruja is Andrés’ assistant in his bric-a-brac shop. After Armando mentions his interest in her, Andrés starts seeing her in a very different light. Now why would a bloke married to someone as stunning and loving as Ninette even think of having an affair – another huge credibility gap. What’s more, we have Ninette even tacitly allowing him to flirt or perhaps even have an affair with Maruja in the following scene. Whatever the case, we shouldn’t complain too much, as boner-inducing Mar Regueras who plays Maruja gets to show us her rather impressive tetotas – twice..! 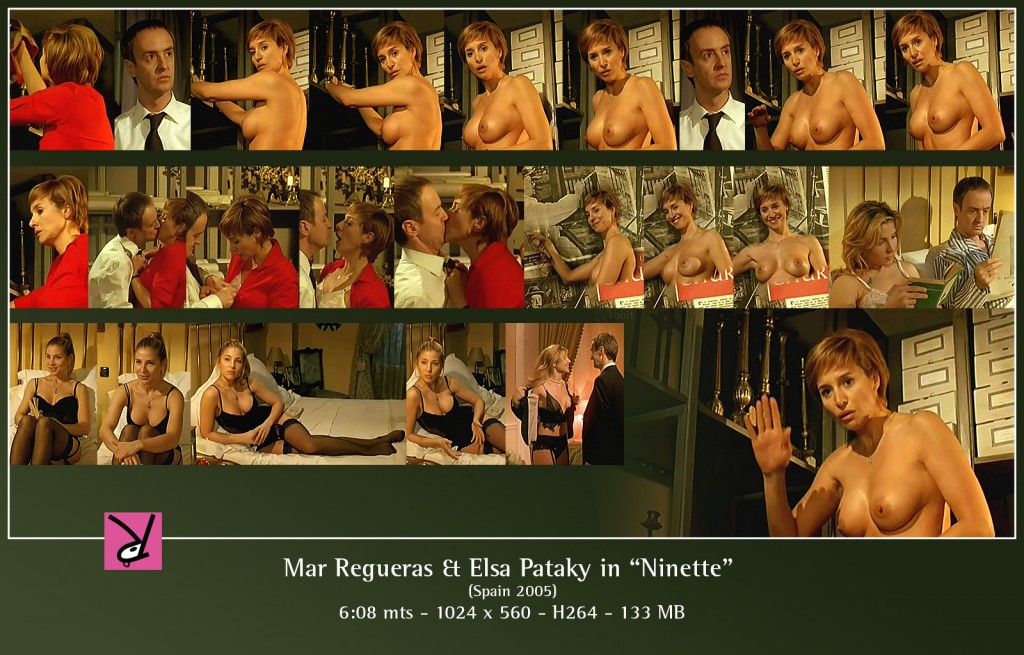