By 1986, when he made “Matador”, Pedro Almodovar may have gone mainstream, but he still retained his twisted sense of humour and total irreverence for audience reactions that made his films so much fun to watch. It’s from “Todo Sobre mi Madre” onwards that we see a different and more sombre Almodovar, even if the films he made from then on are just as accomplished, but in a different way.

“Matador” is a twisted film in many ways. None of the characters have traits that can be considered likeable, and yet you are coaxed into accepting their flaws. You forgive their follies, whether it is the retired matador who gets his kicks by watching someone getting killed – he even asks his girlfriend to wear pale make up and play dead while making love, or a lawyer who’s got into the habit of killing her lover at the time of orgasm. Or the mother of a rape victim who’s more concerned about her daughter missing her audition rather than reporting to the police. It is all out of synch with reality and totally absurd, but enthralling nevertheless.

It’s a shame the Scandinavian DVD from which these compilations were made was about the best quality ever released. I hope it gets digitally remastered and released again for the next generation of film lovers.

Compilation 1: Assumpta Serna
Among the most respected professionals in the Spanish film industry, Assumpta plays Maria, a lawyer defending a self-confessed serial killer, despite being one herself. In the first part of the scene, she’s with a lover she’d just picked up, but the second half is the more interesting when she finally gets to make love to her idol – the Matador – one can see Ms. Serna is going with the flow and thoroughly enjoying the moment as her co-star serenades her nipples with his tongue. And it is great to see a gay director appreciating feminine sensuality..! 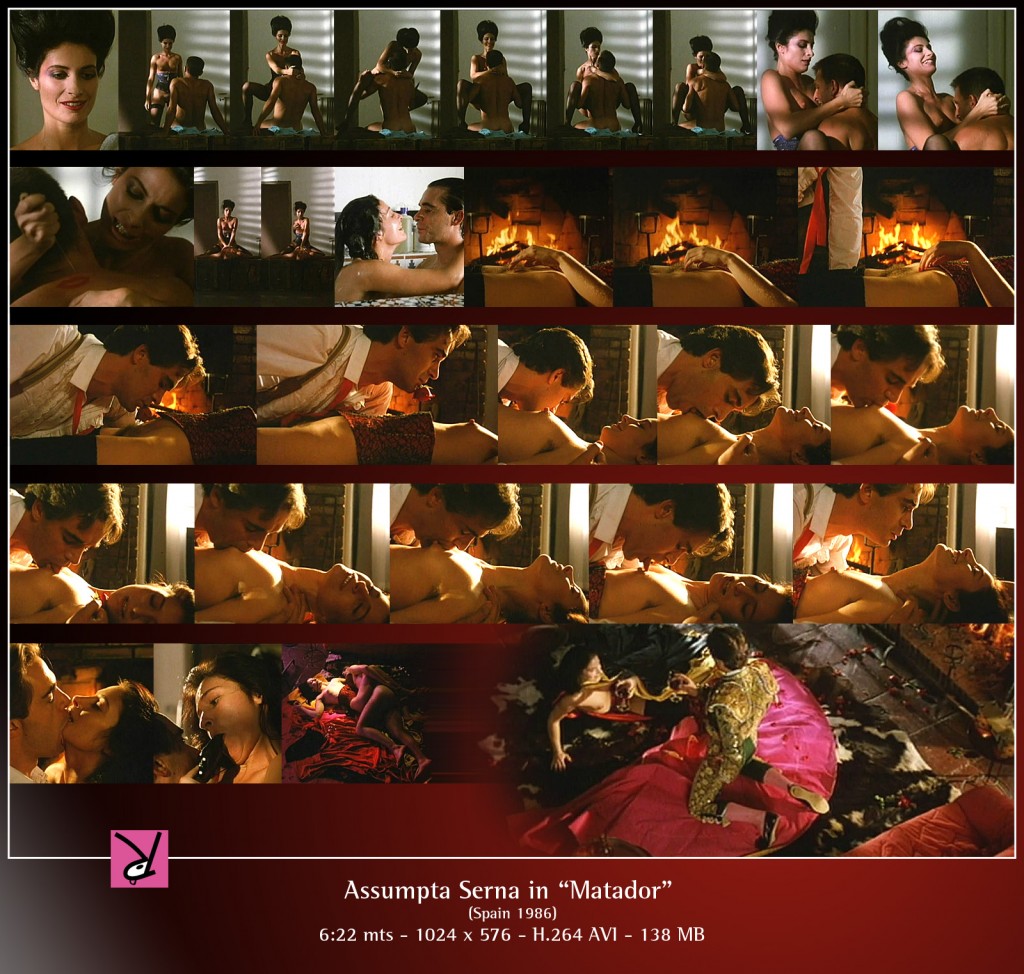 Compilation 2: Eva Cobo
Eva Cobo was barely 19 when she did this film. She plays the girlfriend who’s madly in love with the Matador – even forgiving his psychopathic nature. In the first part of the compilation she’s being spied on by her neighbour (played by a young Antonio Banderas), who later attempts to rape her in an alley way. Later she’s with the Matador who asks her to play dead while he makes love to her. 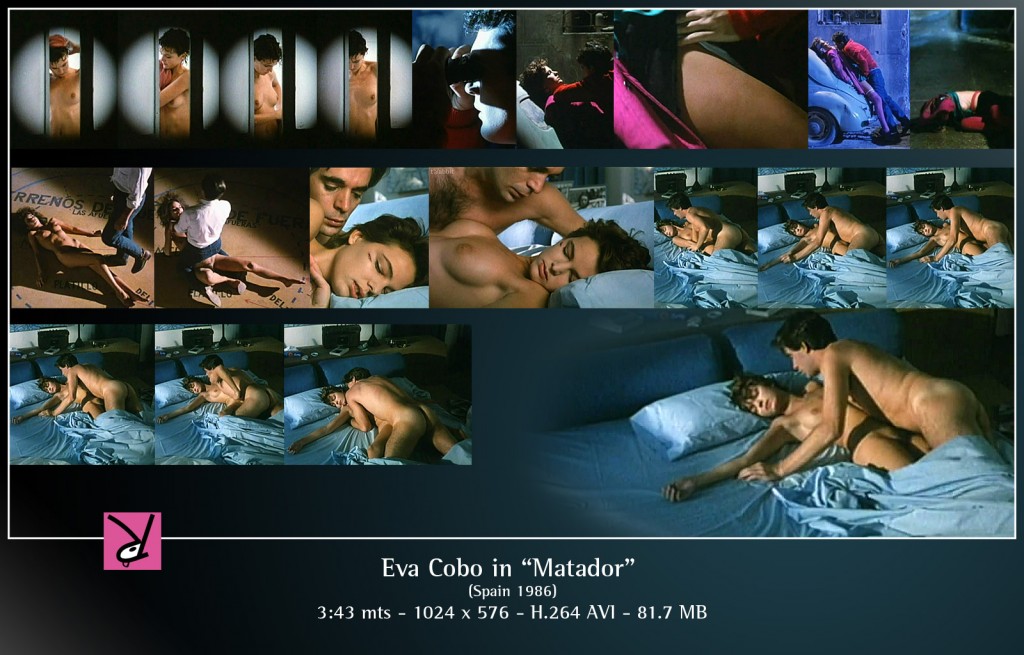