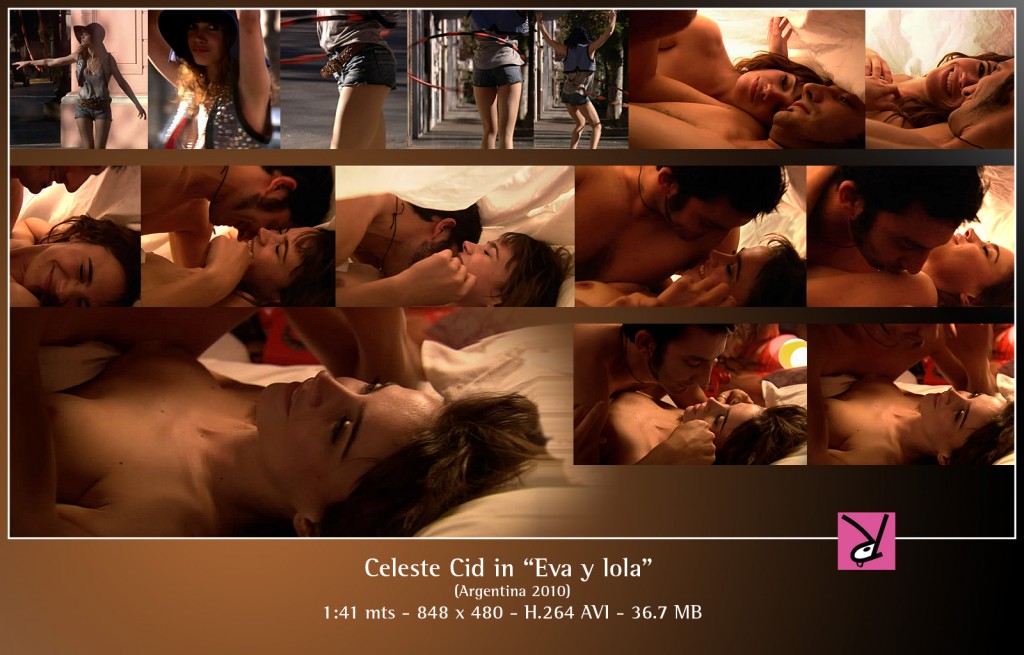 Cute Celeste Cid demonstrates her hoola-hoop skills and gives us a brief view of her hidden charms in "Eva y Lola".

Sabrina Farji’s drama, “Eva y Lola” [Eng. Title: Eva and Lola] is about two young women, friends, who suddenly find themselves bound by a common past, after Lola’s father is placed in custody following a failed suicide attempt. She is informed that, like Eva, she too was born in a detention camp during the dictatorship, and that the ‘father’ who brought her up, was actually one of the staff involved in torturing and abusing inmates there. Lola refuses to accept and lives in denial, but Eva helps her come to terms with her stolen past and start afresh.

The film is well made with good cinematography and a catchy soundtrack. There just brief nudity in a scene when Eva makes love to her boyfriend. Eva is played by chiquita guapa Celeste Cid, a TV actress who is only just ‘opening up’ in cinema. I’ve also appended an earlier non-nude but sexy scene of Eva showing off to her future boyfriend on the street. For some reason I was having trouble decoding the sound from the DVD, it is only of average quality.