Ingmar Bergman’s visually stunning but disturbing 1972 drama “Viskningar och Rop” [Eng. Title: Cries and Whispers] won an Oscar for cinematography, but should have bagged a few more, direction included, for this is one of Bergman’s finest films.

Agnes is terminally ill, and her younger sisters Karin and Maria have arrived to be by her side. As her pain and illness advances, so does simmering hatred and jealousy among the younger siblings resurface, until it boils over upon Agnes’ death, but this very outburst also leads to some degree of reconciliation between the two, even if their inherent nature prevents the complete healing. Among these ladies in the mansion is also the maid Anna, who offers her unconditional affection to the dying Agnes. We get to know each of the characters through the course of the film, but some events are purposefully left shrouded in mystery. What we see however, is a family in turmoil, and despite themselves, unable to communicate and reach out to one another. What’s mildly amusing is, for a man so gifted in his observation and interpretation of human behaviour, Bergman in an interview (among the DVD extras), candidly admits to his own failings as father and lover – suggesting no amount of wisdom will protect people from their own shortcomings.

Bergman gives us a masterclass in technical and poetic filmmaking through his draftsman-like precision. I particularly liked the way he neatly separated his characters’ ‘whispers’, by fading in and out from a blank red screen. The music, the art direction, the cinematography, and the exemplary performances by all combine to make this film a haunting and vivid experience. Highly Recommended Viewing.

In the only nude scene in the film, the unapproachable and self-hating Karin asks Anna to help her change, after which she takes the extraordinary measure of mutilating herself, so that her husband would not dare touch her – and she looks at the aghast husband triumphantly even through pain. Karin is played by Ingrid Thulin. 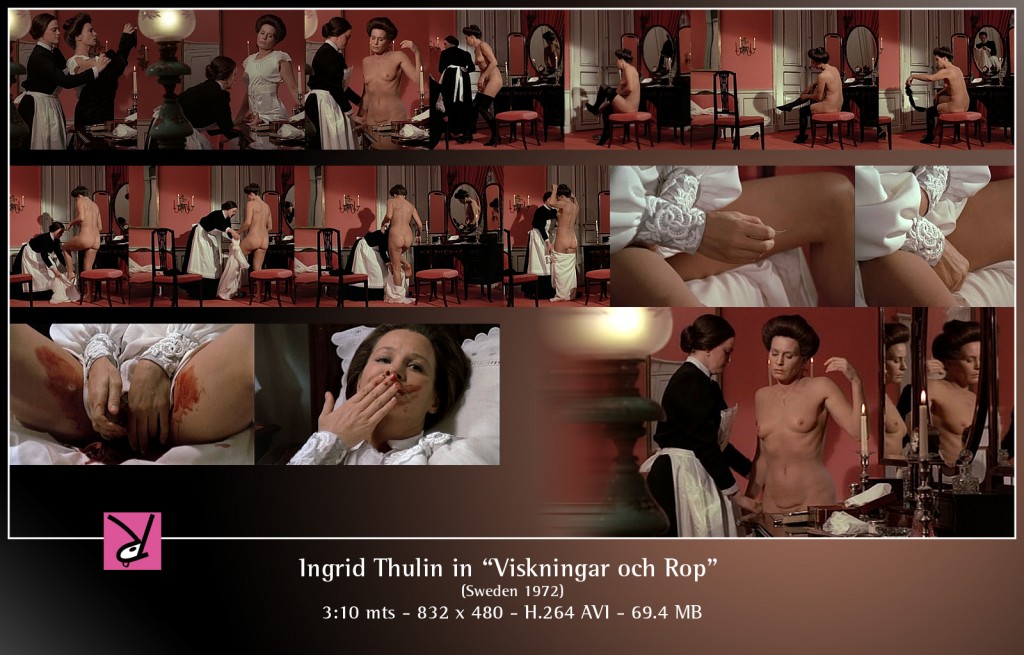