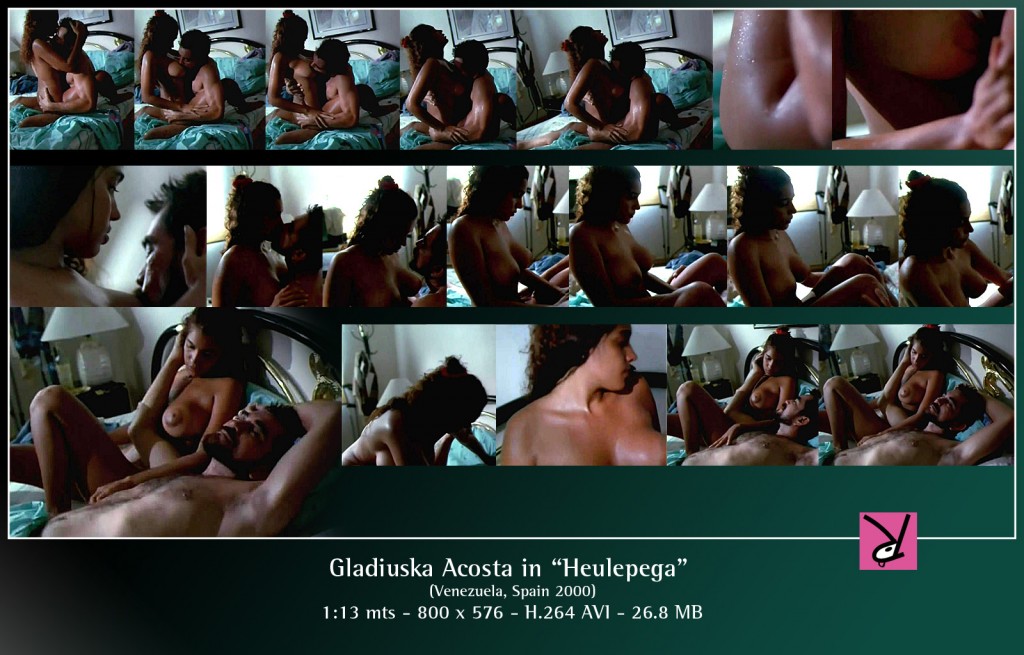 Elia Schneider chose the topic of Caracas street children for her directorial debut, “Huelepega” [Eng. Title: Glue Sniffer]. It is a film made with a lot of passion, where street kids live in an extreme environment,  and surviving is often down to luck and sheer grit. Even though the film is set in the slums of caracas, it could be any city in the developing world.

A young boy is driven from home by his mother’s lover for a misdemeanour, and now had to fend for himself on the streets. The film follows him through his struggles and fortunes, and interleaves with the parallel story of a gangster fighting tooth and nail to hold his turf.

In the only nude scene in the film, the gangster is with his girlfriend Beatricita, played model-turned-actress, and beautifully proportioned Gladiuska Acosta. As far as I’m aware this is her only nude scene in film to date – shame really!