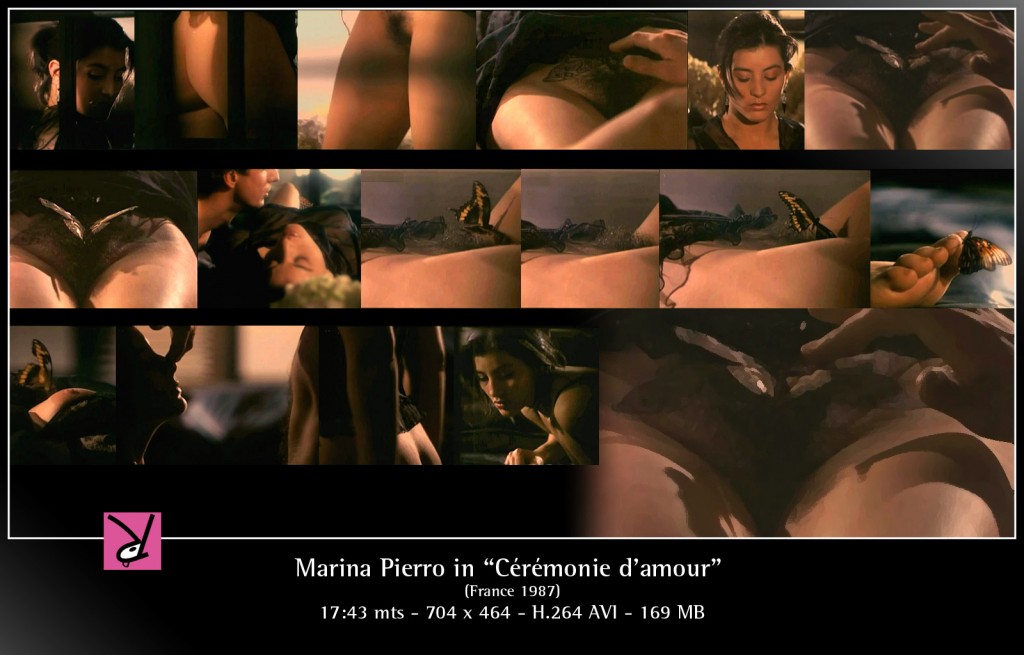 Marina Pierro is a magnet not just to men but Brazilian butterflies too in “Cérémonie d’amour”.

Among all film makers, Polish-born Walerian Borowczyk has been my favourite when it concerns eroticism. He forces you to use your own imagination with his raw material. I’ve been fortunate to see all his feature-length films (and a few shorts too), and couldn’t but admire his passion for the subject. He had been written off by many critics – as a pornographer in an artist’s garb. I think that is unfair, and he deserves a much needed reappraisal. Part of the problem with his image is that very few of his films have been digitally restored, and more importantly, even during the original production he had to compromise many times with the censors to get his films released. As a result you see flashes of brilliance among incoherent edits which bewilders a casual viewer. Apart from a few segments he’d done for the 1980’s French TV series, “Série rose”, I’ve never seen a film that he’d been totally satisfied with.

He made this 1987 film, “Cérémonie d’amour” [Eng. Title: Love Rites] using his regular muse, Marina Pierro. I’m also certain it was this film that influenced “L’Ultimo Metro”, a short produced by Tinto Brass. A man sees a woman in the subway and is totally drawn to her. He follows and converses with her from a distance, and despite learning she’s a prostitute looking for custom, is willing to go to extraordinary lengths to get to know her more. She finally takes him to his place – more than half the film is taken up in this fascinating pursuit. Only later does he realise that like a moth to a lamp, he’d wished for more than he’d bargained for.

The scene here would have been sumptuous if only it had been remastered. We can see that M. Borowczyk was trying to build the scene up by adding an air of mystery around the character played by Marina Pierro, and teasing us with tantalising glimpses of her nakedness, but it all falls by the wayside due to poor transfer. I had cut this scene from the collector’s edition 3-disc DVD, but there is nothing I could do to improve on the quality of this scene – fields have already been merged and contrast quite poor. I had been deliberating on whether to post it or not for several months, finally deciding to do it – at least for the sake of posterity. I hope people perusing this would look beyond the quality, for what Borowczyk envisioned.