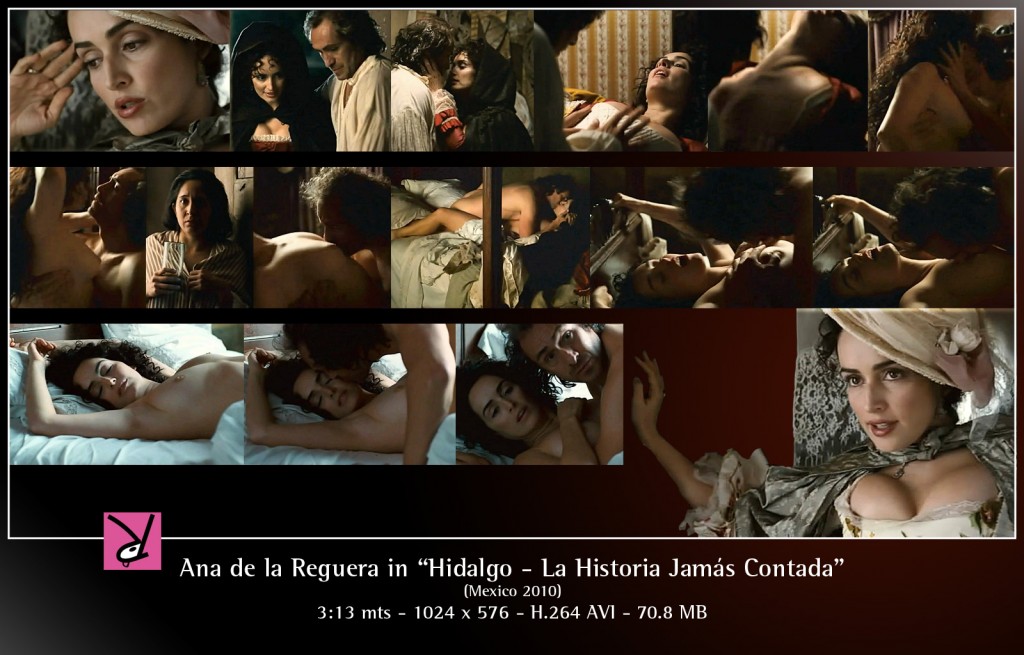 Ana de la Reguera is as delectable as ever in the 2010 Mexican film, "Hidalgo – La Historia Jamás Contada"

While the film is fairly well made, it is nothing special, unlike the very very special – muy linda, muy hermosa Ana de la Reguera. She plays Josefa, the daughter of a wealthy man who falls in love with her dad’s childhood friend, Miguel Hidalgo. The film delves into the various factors that influenced Hidalgo’s beliefs and actions – recounted by Hidalgo himself from a prison cell as he awaits execution.

There’s just one nude scene in the film, but I inserted from my DVD another brief scene displaying the gorgeous Srta. Reguera’s tantalising cleavage as she arrives with her father to meet Hidalgo for the first time.