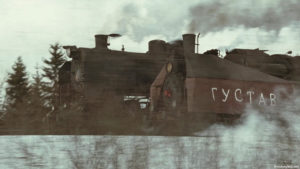 Ignat (Vladimir Mashkov) – a decorated War hero, is sent to work as a locomotive mechanic in the labour camp, despite carrying symptoms associated with PTSD, like frequent blackouts. He wasn’t supposed to operate those metal beasts either, but in the unusually lenient camp where safety regulations are nothing more than recommendations that can be set aside due to necessity, Ignat manages to do just that. 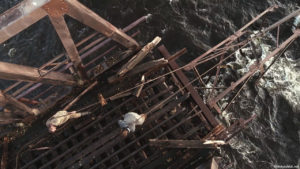 The greater (and more interesting) part of the film is about Ignat’s resourcefulness in not only reviving and taking possession of an abandoned old locomotive, but also retrieving it through a “little bit broken” bridge so that it could be put back in use. He is helped along the way by feisty young German Elza (Anjorka Strechel), who’d made the locomotive her home for a number of years. She’d been hiding in the island to escape the clutches of a murdering sergeant, and locked out from the outside world, wasn’t even aware that there was a war. Nor was she aware that all Germans in Russia were henceforth seen as the enemy. 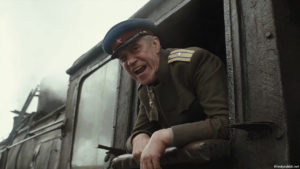 Friction arises when Ignat brings Elza to live in the camp, especially with inmate and young mother Sofiya (Yuliya Peresild) who’d been sharing her bed with him. Local jealousies come to a head when Ignat defends Elza against the open hostility shown towards her, that they soon had to leave, but not before an eventful locomotive chase to rescue Elza from the deranged sergeant Major Fishman (Sergey Garmash), who recognised her as the girl who escaped years ago. 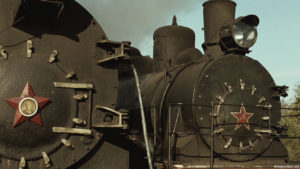 Despite the film’s apparently mainstream appeal, it is technically well produced with appealing cinematography, set design and sound engineering. It gives us a vivid account of ordinary life inside a gulag and its internal economy. But for a foreign audience, the stars will naturally be the plain yet magnificent Soviet-era steam locomotives bellowing across the snowy landscape. Rail enthusiast or not, the audience will easily find the film entertaining. Recommended Viewing!

The Nudity: Yuliya Peresild, Anjorka Strechel, and others
Apart from a sex scene with Sofiya and Ignat, there is a bathing scene where Sofiya gets into an argument with Elza and things get a bit physical.

This entry was posted in Russian Cinema and tagged frontal nudity, russian. Bookmark the permalink.