Liliana Cavani:
Veteran Italian director Liliana Cavani’s films aren’t always easy to love because they tend to tackle subjects that are often skirted around during mainstream discourse, and because they make for uncomfortable viewing and also leave behind a bitter aftertaste. Perhaps best known outside her native Italy for the controversial The Night Porter and the more recent Ripley’s Game, Cavani’s films nevertheless form a unique strand within the broader tradition of commedia all’italiana. “La pelle” [Eng. Title: The Skin], based on a novel of the same name by writer, journalist, and diplomat Curzio Malaparte (whose villa was also famously featured in Jean-Luc Godard’s unforgettable Le Mépris), is Cavani’s attempt at a narrative of the Second World War from the losing side, particularly those women and children who not only became a commodity for sexual exploitation in wartime Naples, but also an essential engine of the local economy. 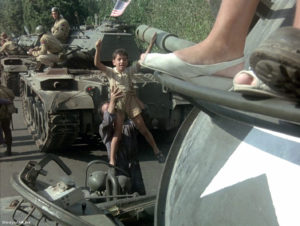 Set towards the end of Italy’s active participation in the war, an American regiment has recently arrived to firstly liberate the city before marching on to Rome. The film follows Malaparte himself (Marcello Mastroianni), hired by the US General Mark Clark (Burt Lancaster) as his chief interpreter and liaison officer. He is also helping out with the logistics, and befriends young US officer Jimmy (Ken Marshall) in the process. Events are woven around three central female characters in the film, each of contrasting circumstances and standing, to compare and analyse the consequences for women during the time of war; Principessa Consuelo Caracciolo (Claudia Cardinale), a woman of independent means and occasional lover of Malaparte, Deborah Wyatt (Alexandra King), a pioneering American aviator and powerful US senator’s wife who insists upon joining the war effort and gets her way, and young working class lass Maria Concetta (Liliana Tari) that Jimmy befriends and falls in love with. 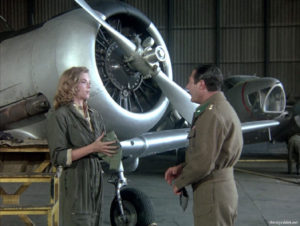 Part of Gen. Clark’s brief to Malaparte is to accompany, entertain, and somehow persuade Ms. Wyatt to return back to the US. Malaparte does show her, to little effect, the seedier side to Naples, the suffering, and the chaos in the city, but it will take an apocalyptic event to finally make her change her mind. For Caracciolo and Concetta however, the same event will nevertheless be liberating, albeit in slightly different ways. 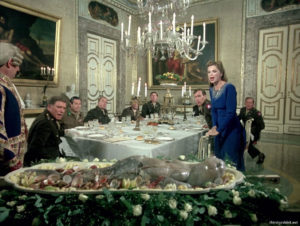 Cavani’s film is not as much a political statement as a well-reasoned argument against generalisations in history and the need to examine the sociological impact on all sides during conflict; it opines that war is messy, extreme situations change people’s values and allow them to do the otherwise unthinkable, and that trauma of war isn’t merely restricted to the combatants. Cavani doesn’t flinch from using shock when necessary to make her point. Some scenes verge on the graphic, like the unsuspecting final sequence when the audience are mostly waiting for the end credits to roll, where the director uses a shocking accident to make a plea against ‘whitewashing’ history for whatever it is worth. A difficult film in typical Cavani-style, but Highly Recommended Viewing..!

The Nudity: Rosaria della Femmina, Liliana Tari, and others
Apart from one scene where poverty forces the father of Maria Concetta to exhibit his daughter to American soldiers as the ‘virgin of Naples’ (an outraged Jimmy effectively succeeds in stopping the show from happening again), nudity in the film is largely fleeting and nonsexual. Alexandra King (Ms. Wyatt) has her dress torn while making an emergency landing on her plane. Rosaria della Femmina, in a scene tame when compared to her other film, plays a onetime society girl looking for a meal ticket. It is humorously illustrated when she compliments Jimmy’s ‘rump’ in bed while eyeing the leg of ham he’d brought for her. Blonde merkins, apparently worn to attract black US soldiers, are randomly flashed by ‘working women’ in the streets. So, there’s something frequently happening in this department throughout the film. 🙂

Scenes of Rosaria della Femmina, Liliana Tari, and others in
Liliana Cavani’s Italian drama “La pelle” aka “The Skin” (1981).