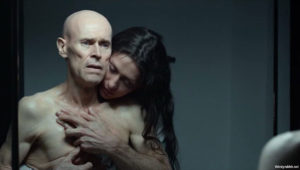 After a gap of nearly eight years, Hector Babenco makes a full-length feature with a personal film “My Hindu Friend” [Bra. Title: Meu Amigo Hindu]. Confessing that this was something that he always wanted to make but never got around to, Babenco’s film isn’t biographical, but certainly draws some material from personal life. In his own words, “What you are about to watch is a story that happened to me and I present it in the way I know best.” Cinematic, it certainly is. 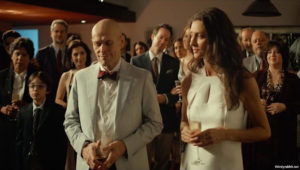 Diego (Willem Dafoe), a successful film writer-director, had been living with cancer for a number of years, and during this time, had also met and been living with Livia (Maria Fernanda Cândido). When his doctor suggests that he requires a bone marrow transplant in the US, and also warns him of the low probability of his survival, he proposes and weds Livia. 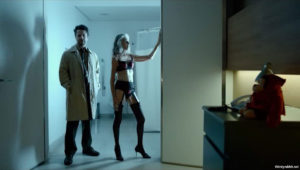 His brother reluctantly agrees to be the donor, but Diego’s surgery and its subsequent complications make his road to recovery harder; laying sedated during the day and having after-hour visitations from Death himself (Selton Mello), along with his suspender belt and stockings clad sidekick and wife. Their casual conversations, interspersed with games of chess, are among the more refreshing and amusing parts of the film. 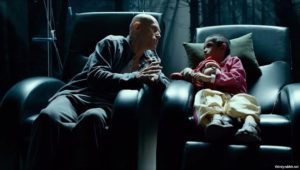 Diego does however, manage to strike a new friendship with someone living – a young Hindu boy and fellow patient (Rio Adlakha), with whom he shares his stories and dreams. After returning home following his recovery, Diego realises that his marriage with Livia is nevertheless finished, with the illness being just one of the contributing factors. With an almost wiped-clean slate, Diego meets Sofia (Bárbara Paz), an actress and ardent fan of his work. Perhaps, there might now be a new story waiting to be written on it… 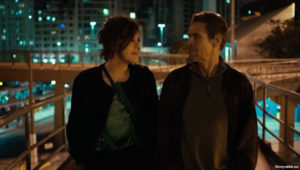 Babenco’s film makes frequent nods to the golden age of Hollywood, and in a way, is an ode to cinema itself. It’s a story about cheating death, a story about rebirth. Portions of the film, particularly those relating to Death, is reminiscent of a film by another Argentinian-born director Eliseo Subiela. Having said that, Mello and Dafoe take it to a far higher, engaging level. While the fact of Brazilian characters conversing in English takes a little bit of getting used to, the script is nevertheless coherent and mindfully avoids using local idioms that might not work quite so well in translation. Different in tone and intensity to his better known works such as Pixote and Carandiru, Babenco’s latest film comes out as something deeply personal, and the cast and crew appear to have done a commendable job in bringing it to life. Recommended Viewing..!

Bárbara Paz, Maria Fernanda Cândido, Clara Choveaux, and others from the Brazilian drama
“My Hindu Friend” aka “Meu Amigo Hindu” (2015).