Polish auteur Lech Majewski created a triptych (in film) by drawing inspiration from some of the well known medieval masterworks. The first – what he considers to be the ‘left panel’, is based on the fifteenth century Dutch master Hieronymus Bosch’s own famed triptych “The Garden of Earthly Delights“, which also serves as the film’s title (the ‘central panel’ – The Mill and the Cross (2011), was based on Bruegel’s painting named The Procession to Calvary, and the ‘right panel’ Onirica – Field of Dogs (2014), was based on Dante’s Divine Comedy). He considers the trilogy as a personal spiritual quest to connect with the past and relate to the present world. 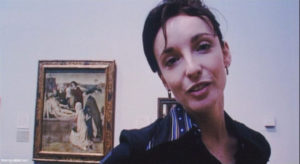 Based on Majewski’s novel “Metaphysics”, we are introduced to Claudine (Claudine Spitery) and Chris (Chris Nightingale) as Londoners who met and fell in love. While Claudine is an art historian with a passion for Bosch’s eponymous painting, Chris is a boat engineer obsessed with filming Claudine with his handheld camera – in the process, providing Majeswki with his working material. 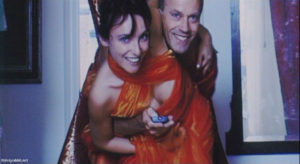 When Claudine confides in Chris about her terminal illness, and the fact that she had been given only a few months to live, they decide to move to Venice and spend their final days together. With the help of Chris and his camera, Claudine propounds her own understanding of Bosch’s painting, and hopes to leave behind a worthwhile record of her existence through the personal film. 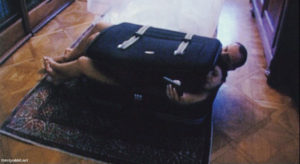 She offers a counterpoint to Dante’s journey through purgatory in his Divine Comedy, by meticulously enacting elements of Bosch’s much more uplifting vision of ‘heaven’ on earth, and aims to experience her own Utopia during the remaining days of her life. It is not as much the religious, but the metaphysical journey, that she hopes will make her life more meaningful… 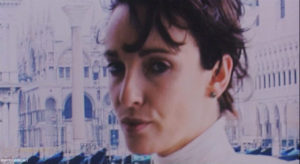 The experimental film is shot like an intimate video diary – as Majewski puts it, like a “Black Box recording” of a tragic flight, capturing all the raw data regardless of significance. In order to add authenticity to the couple’s intimacy, it was also filmed for the most part using a touristy camera, often with actors themselves as the camera crew. This was a gamble on his part that might not have helped the film commercially despite respectable performances from the main actors, particularly Ms. Spiteri, who portrays her character with spontaneity and grace. 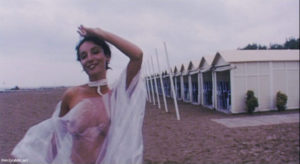 My main concern with the film is the mismatch between the amateur filming (by actors), and the professional editing (handled by Majewski himself) within the context of a formal narrative – it only makes the photography appear more amateurish. And considering the fact that almost the entire footage is shot in this manner, there are times when watching the film also becomes a bit of an endurance, like a host forcing upon guests his personal home video that they might not be so keen on watching. The same excellent subject could perhaps have been shot professionally without sacrificing any of the intimacy that Majewski intended to get across. 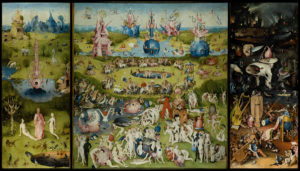 Regardless of how the audience react to the film, they will certainly have to acknowledge the invigorating – almost scholarly, interpretation it offers on Bosch’s eponymous painting that continue to divide opinion among art historians today. At least in my case, I’ll be looking at this painting from an entirely new perspective when I revisit the Prado museum. For anyone even with a passing interest in art, the film should be Recommended Viewing..!

(Both have original English audio)

The Nudity: Claudine Spiteri and Chris Nightingale
The film features intermittent nudity, mostly from Claudine Spiteri, as her character goes about enacting themes from Bosch’s painting.

Claudine Spiteri and Chris Nightingale in “The Garden of Earthly Delights”, (2004).