The film starts with Jon (Hilmir Snær Guðnason), a middle-aged professor of literature, rehearsing in church for his wedding the following day. He’s marrying Thora (Laufey Elíasdóttir), a former student less than half his age. However, Thora’s mother Sisi (Ólafía Hrönn Jónsdóttir) isn’t too pleased about the couple’s union, not only because of their age difference, but also because Jon had borrowed substantial money from her to invest in a dubious golf course project.

When his pal Sjonni (Ólafur Darri Ólafsson) arrives from the mainland to be his best man, they reminisce over younger years, and Anna (Margrét Vilhjálmsdóttir) – Jon’s first wife, whose recent suicide can partially be apportioned to her discovery of Jon’s affair with Thora. During the course of the white (northern summer) night, the friends get drunk, and while Sjonni passes out, Jon, overcome by guilt and remorse over Anna’s passing, ponders over himself, and the personal choices that have led him to the threshold of yet another marriage.

Having spent the morning by Anna’s grave, Jon arrives late for the wedding ceremony. Pulling Thora aside, he asks to call off the wedding. While a dismayed Thora insists that the wedding should go ahead, she receives unexpected support from her parents who were initially opposed to their union, thanks to events the night before that alters the dynamics of Jon’s relationship with his in-laws to be.

The film will bewilder audience from the outset, thanks to Kormákur’s clever deception through screenplay that seamlessly blends the past and the present, like when Jon is seen practising wedding vows with Thora whilst Anna waited for him at home. He does this to not only illuminate us with Jon and Anna’s back-story, but also establish Jon’s introspection and confused state of mind, to make a deeper, philosophical observation on the human condition itself, in Jon’s quest for ‘happiness’.

In introducing us to a postcard-pretty town with quirky characters and their hilarious shenanigans, Kormákur lulls you into the false comfort of a typical mainstream comedy, only to leave you with plenty of food for thought as the credits start rolling. If a film left you thinking about it after it has ended, it was a film well worth making. If the film had also challenged your established opinions in the process, like this one, it must be Highly Recommended Viewing..!

The Nudity: Margrét Vilhjálmsdóttir, Laufey Elíasdóttir, and Hilmir Snær Guðnason
Two flashback scenes in the film feature nudity from actors whose names are a struggle to pronounce – the first is after Anna lays a trail of seaweed leading to the bedroom, and pounces upon Jon when he arrives home. She urges him to make love to her outdoors during the white night. When he asks to be excused on that occasion, she rushes outside and jumps on a bicycle to head to the town centre. She’s bottomless and momentarily topless during this time. The second scene is when Jon and Thora are discovered having sex in the bush by Anna. Those who have a thing for freckles would love this. 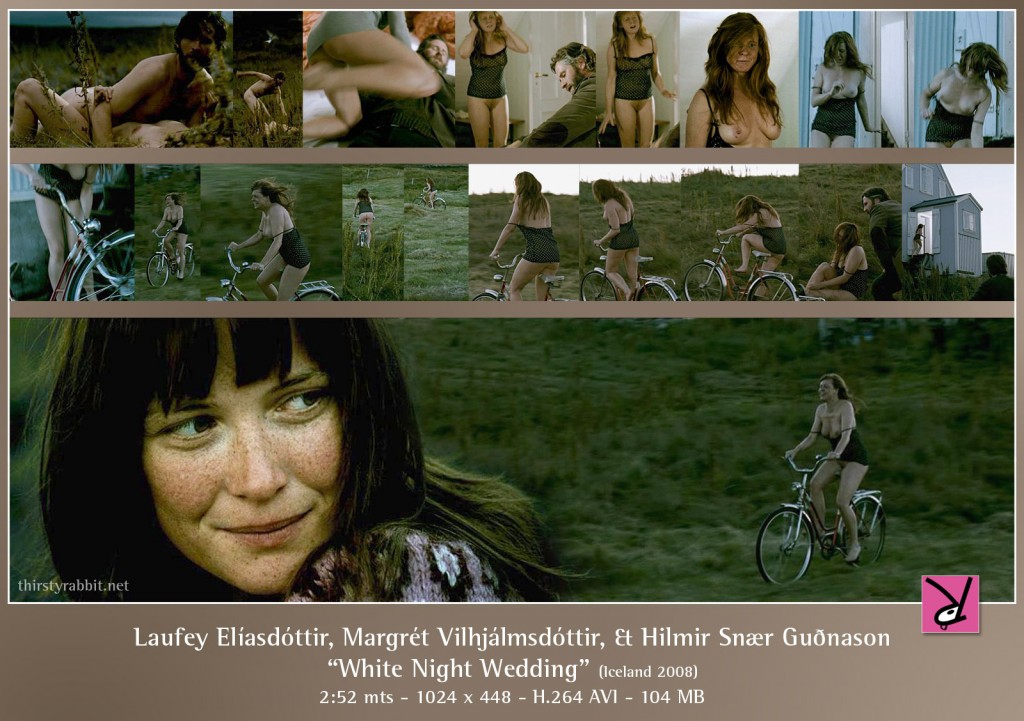