Giorgio Amato’s “The Stalker”, centred around an abusive protagonist separated from his wife and child, is meant as a study in pathological jealousy and possessiveness. But it also aims to be a crime thriller, which it achieves with mixed results.

Lucio (Victor Alfieri), a guard working for a security van firm, has recently separated from wife Nadia (Cosetta Turco) and daughter Adele (Alessia Moore). Unwilling to accept reality, he continues to obsess over Nadia by stalking her, and hopes to reunite with a wife he’d walked all over during his physically abusive relationship.

Despite his deeply flawed character, Lucio also appears to genuinely love his daughter, and when the court grants custody of the child to Nadia, entitling him only to supervised visits, he decides to take matters into his own hands. Robbing from his employer and kidnapping Adele are only part of his elaborate plan…

The film has a plot, but unfortunately fails while trying to overreach itself – it takes its eye off character development when it turns into a crime drama. It might have worked with a better script and strong performances, but due to the lack of both, combined with the mediocre camera work (hand-held camera even when there is no need, and poor shot selection for a thriller), it struggles to hold our interest. Perhaps Amato’s directorial skills are still a work in progress – it would be interesting to see what he comes up with next.

(no English subtitles – only Italian for the hard of hearing)

The Nudity: Elèna Tchepeleva
There’s brief nudity from Elèna Tchepeleva who plays prostitute Rita. When Lucio’s friend offers Rita as a treat for his birthday, Lucio nearly strangles her while having sex. 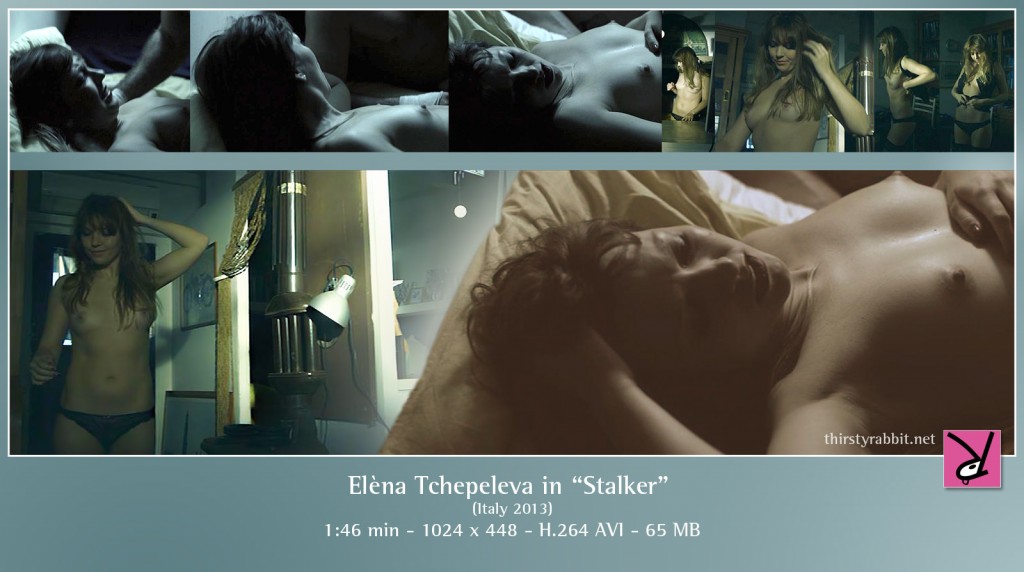 This entry was posted in Italian Cinema and tagged italian, Italian cinema. Bookmark the permalink.