Marco Bellocchio’s “Marcia Trionfale” [Eng. Trans: March of Triumph] is a scathing attack on the state of affairs of the Italian army, and the dehumanising effects of institutionalised indoctrination on its cadets from the moment they join the force – this he has ‘stridently’ achieved. But he also uses this pretext to explore through drama its knock-on effects on the very people who’ve become part of the system, with only moderate success. It is not a pleasant film to watch – not only is the language quite explicit, some of the visuals are also vicious and repulsive. But as always, Bellocchio uses these to further his goal, which is to enable us to reflect on their humanity – there is a method to his savagery. This could have so easily been a very different film under the hands of a lesser director.

Storyline:
Young Paolo Passeri, a hitherto academic, had recently enrolled at the Army academy to train as an officer. It is hell for him from day one, caught between proving himself a model cadet to his officers and displaying camaraderie among fellow cadets – they never seem to go together. He also has to unlearn a few things along the way. His commander, the sadistic Capt. Asciutto takes him under his wing and moulds Passeri into his ‘model’ soldier. This he could achieve, but fails dismally in trying to mould his wife Rosanna too in a similar fashion. It’s a marriage made in hell, with either of them abusing the other at any given time. As much as Ascuitto humiliates his wife, she gives it back in full through insults, which leads to him venting his frustrations on the cadets at the academy. Unbeknown to him, Rosanna had also been having an affair with fellow officer Lt. Baio. Ascuitto suspects she could be fooling around and assigns his protégé Passeri to snoop on her activities, but Rosanna trumps him by also taking on Passeri as a lover. When Ascuitto discovers her affair with the Lieutenant through other means, it sets off a chain of events…

This is a well designed film, the only drawback being the cast. Apart from a young Michele Placido who gives a fine account of himself as cadet Paolo Passeri – he also won a David, the rest of the main cast, Franco Nero who plays Capt. Asciutto, Patrick Dewaere who plays Lt. Baio, and Miou-Miou who plays Rosanna don’t speak Italian – the post-dubbing doesn’t quite work in their favour, and their characters suffer. However, while this may not be Marco Bellocchio’s finest work, it is still a film very relevant to its times, done with great purpose and conviction. It will nevertheless be remembered widely for Placido’s performance, and also for some explicit nude scenes featuring Miou-Miou, a great actress who’s equally renowned for her boldness when it comes to nudity (and for being many a teenager’s wet dream). Needless to say, Recommended Viewing..!

Compilation: Miou-Miou
These scenes could have made it into the cinematic ‘Nude Hall of Fame’, if only they weren’t as disturbing – one can say that at the very least, they weren’t meant to titillate. 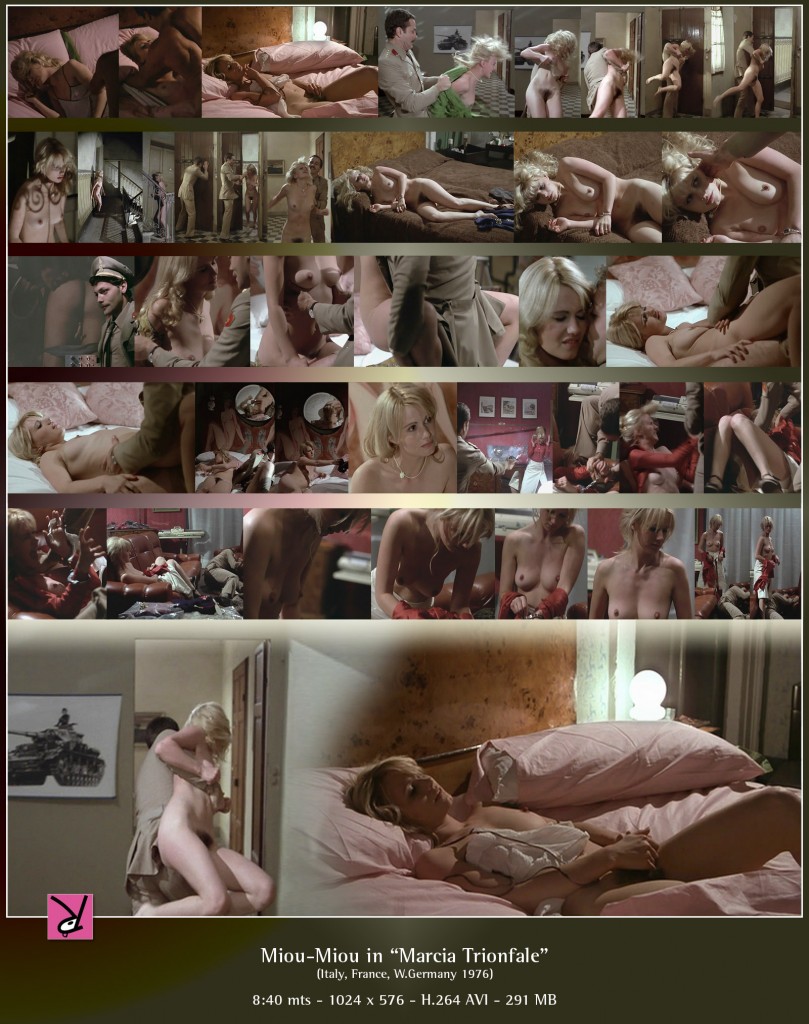