For a change, here’s an introduction to a short film, from Germany…

A middle aged man regularly uses a prostitute for playing out his fantasy – of a couple in love. After a year’s acquaintance, we see he is in love with her for real – a threshold had been breeched. The woman’s predicament reminded me of the character ‘Ariane’ in Chantal Akerman’s French drama, “La Captive”, and while both the characters’ circumstances are entirely different, they nevertheless are stuck in dysfunctional relationships. There is only brief nudity in the film, but we certainly get to see a different side of the beautiful Marina Anna Eich here. But this is not the last of what we’ll see of her in the blog – I will be covering the bulk of Roland Reber’s filmography in the coming weeks, which will portray several more scenes of Ms. Eich.

This film however, also appears among the extras in the DVD for “24 / 7 – The Passion of Life”, but the one reviewed here is a ‘special’ edition – forwarded to me by Ms. Eich herself. It is in full-frame, and comes in two versions – with and without English subtitles. She had also been extremely generous in allowing me to post the entire film. Now that definitely is an exception in this blog, as I don’t usually distribute whole films..! 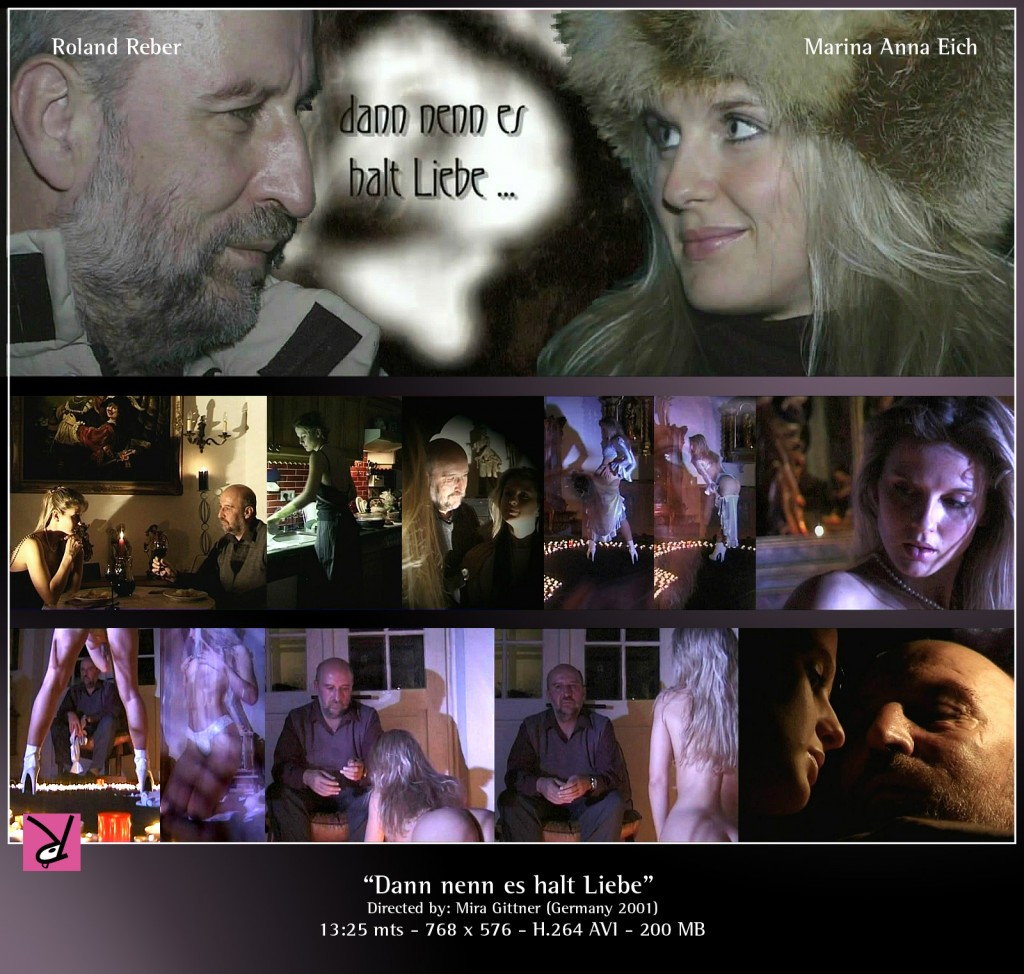