Not often do we see female directors venturing into crime thrillers, but the multi-faceted Laya Yourgou certainly made a fine impression in her romantic crime drama, “Avrio tha ‘nai Arga” [Eng. title: Too Late Tomorrow].

The film doesn’t attempt to be too clever for its own sake – it allows events to develop organically, and even if the characters appear clichéd and somewhat idealistic, the story itself is incredibly romantic and gloriously escapist. There is also an endearing air of innocence about it that’s refreshing to see nowadays. And there’s also nothing wrong with a bit of indulgence in fantasy now and again. It has now generated enough interest in me to want to follow Ms. Yourgou’s other works, which I intend to.

As for the story and screenplay, even if it starts off a bit awkwardly like a TV drama, it gets better along the way, and retains viewer interest towards the end. The film is competently put together in terms of cinematography, editing and sound. The performance by the main actors is professional enough, and the standards overall are above your average light entertainment fare.

Storyline: Antonis is given leave from prison to attend his grandma’s funeral – we don’t know how long he has served, but he has five more months left, and his brother decides to cheer him up by arranging a prostitute. But once he notices Olia, the girl arranged for him harassed by her pimp, he changes his mind, and has an altercation with the pimp. He also falls in love with Olia, and instead of returning to prison to serve the rest of his sentence, he weds her, and tries to make arrangements for her upkeep while he serves the remainder of his sentence. But things don’t go according to plan, and his impetuous brother inadvertently land them in trouble. Meanwhile, the erstwhile pimp tries his best to wrest Olia back.

Compilation: Marina Kalogirou
The DVD for this film was letterboxed, but the scene was so special that I decided to enhance it using some new tools I purchased. It taxed my computer no end, but I think the end result is not too bad – worth the effort as it contains one awesome scene worth keeping. 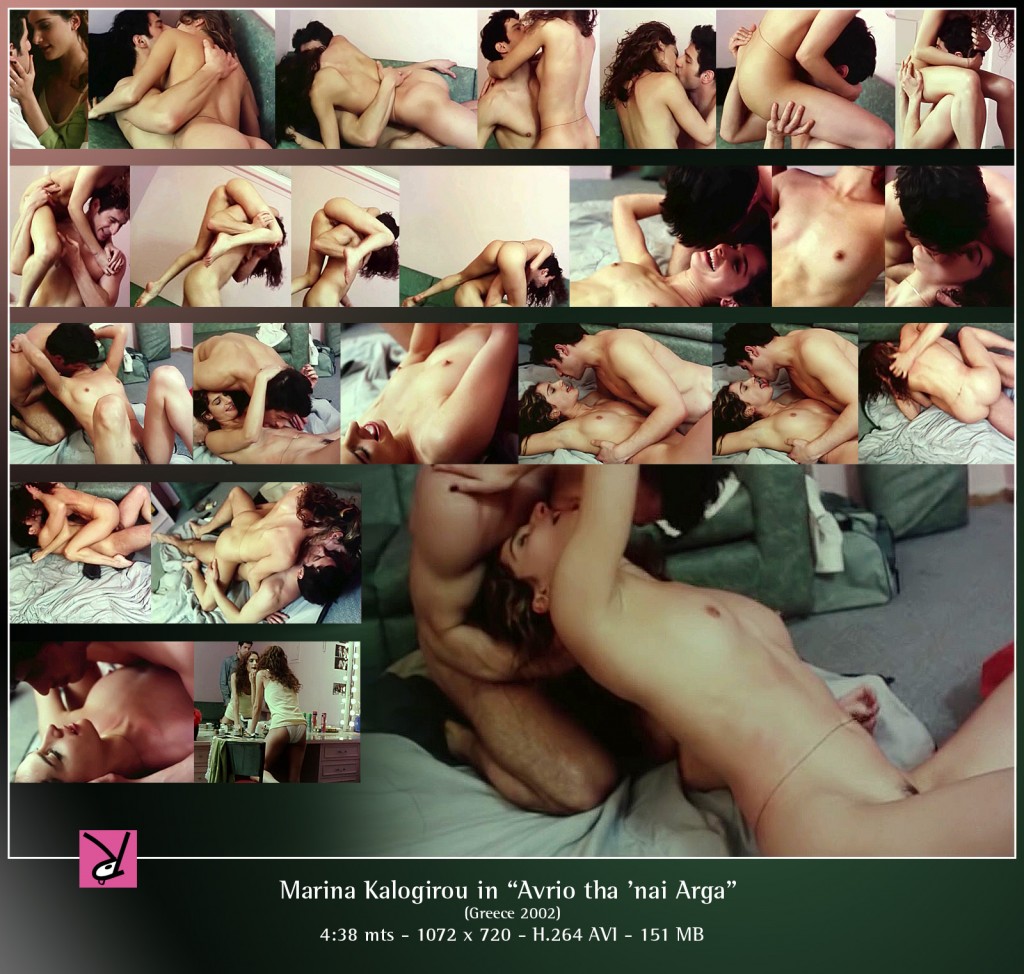 Marina Kalogirou in one of the most impressive nude scenes you’ll ever come across in mainstream cinema, from the film, “Avrio tha ‘nai Arga”.