Mention “Der amerikanische Soldat” [Eng. Title: The American Soldier], and we’d be talking about early Fassbinder. For this was the period when Rainer Werner Fassbinder was experimenting with various genre in his own unique style that was still evolving, before maturing and finding international acclaim in few years through films like Ali: Fear Eats the Soul. 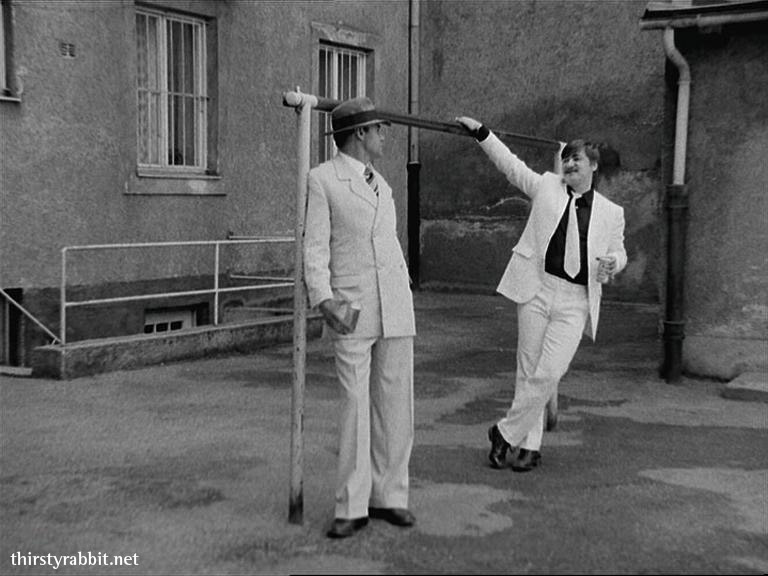 As part of Fassbinder’s gangster-themed trilogy, The American Soldier is outwardly presented as a pastiche of American film-noire, only to shatter the viewers’ preconceptions few minutes into the film. It’s a different kettle of fish altogether – cleverly mixing a straight narrative with images ranging from digression to deviant mischievousness. The outrageously grotesque final shoot-out scene, shown in slow-motion, is just one example of Fassbinder’s digression from established film-noire expectations. The film is replete with such moments, but it doesn’t necessarily make a mockery of traditional story-telling – it does retain a conventional narrative structure, but is more concerned with the tone than the story itself. Portraying realism is also sacrificed in the process. 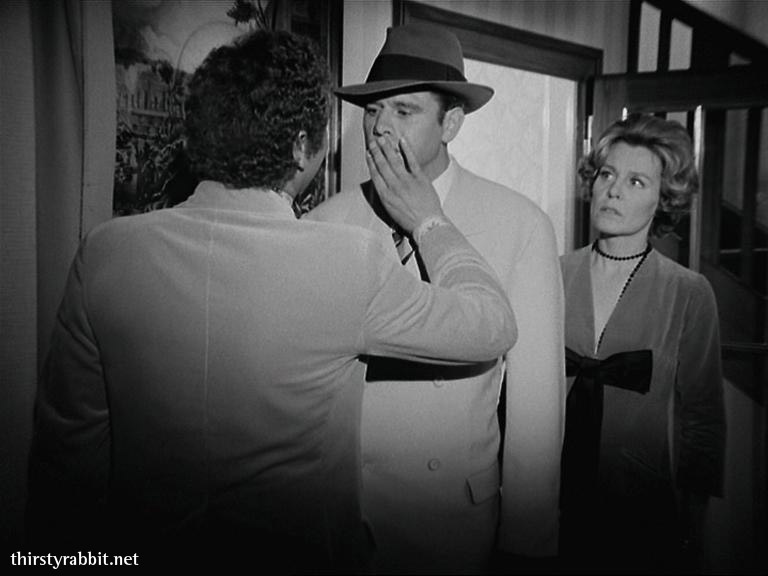 Strange family reunion – a scene in “The American Soldier”.

The film is about the eponymous soldier, named Ricky (Karl Scheydt) – a Vietnam veteran who’s now a hired assassin. A group of corrupt cops, under pressure to crack a case, decide to close investigations by finishing off suspects by not getting directly involved, and hire Ricky to do the dirty in Munich, a city that he also hails from – he was born to a German mother and American father. Ricky, who’d become a heartless thug after all that he’d seen and been through during his war years, will not be distracted by a German past even as old acquaintances try to haunt him, but he’ll use his old childhood friend Franz (played by Fassbinder himself) as a reliable sidekick for the mission. He’ll later visit his mother, with whom his strange brother still lives, and after establishing their uneasy relationship, the film finishes with the afore-mentioned shoot-out sequence.
. 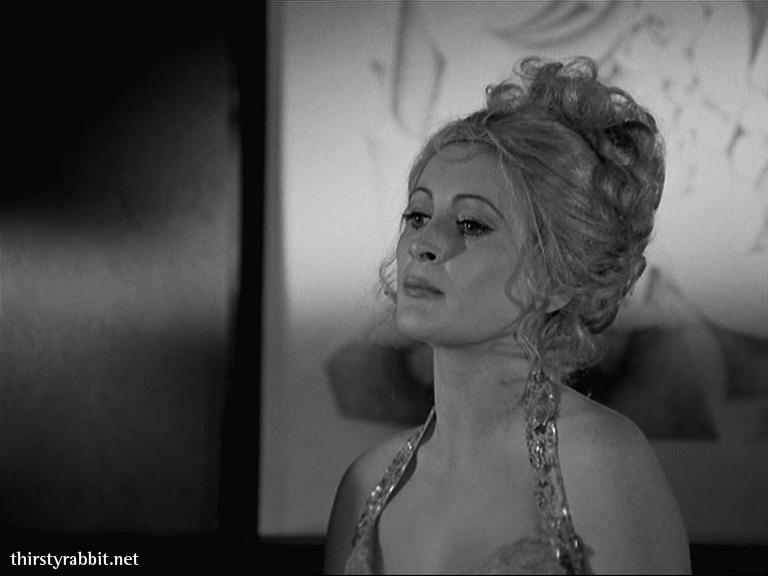 A glamorous and newly married Ingrid Caven in Fassbinder’s
“Der amerikanische Soldat” aka “The American Soldier”. 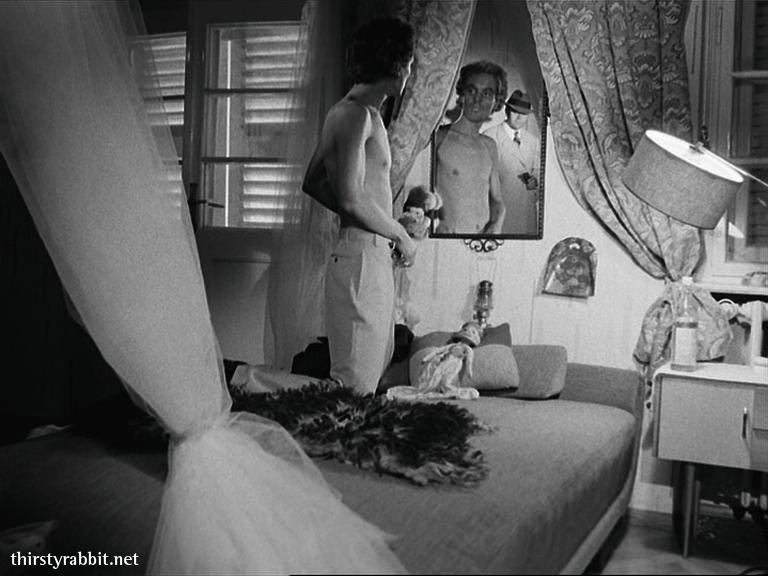 As a work of art, the film may not be among Fassbinder’s most refined works, even if it is wickedly satisfying and funny. But it does offer a glimpse into his mind at work – into his pet themes like impractical love that’ll later become his obsession. If you’re new to Fassbinder, this is probably not the first place to explore his work, but if you’ve already sampled some of his later films, this little nugget is Highly Recommended Viewing..!

The Nudity: Elga Sorbas and Karl Scheydt
Rosa, played by Elga Sorbas, is girlfriend of one of the corrupt cops who hired Ricky. When the cop overhears Ricky calling for the services of a ‘classy’ prostitute to soothe his murderous nerves, he asks Rosa to fill in – a role she assumes with indignation, but one that she’ll soon begin to enjoy. The hotel maid (Margarethe von Trotta), who’d set her eyes on Ricky, is peeved upon finding a paid-for woman in his room – she had offered herself to him gladly, and his preference for a ‘prostitute’ instead is hard to take.