After taking us on a metaphysical journey into the unique customs and traditions of a distinct northern Russian tribe with his 2010 Ovsyanki aka Silent Souls, Aleksey Fedorchenko revisits the region and its people to inform us of some of their more practical concerns, relating to sex and happy marriage – all seen from a female perspective. Fedorchenko believes “Nebesnye zheny lugovykh mari” [Eng. Title: Celestial Wives of the Meadow Mari] to be his Decameron to the Mari people. 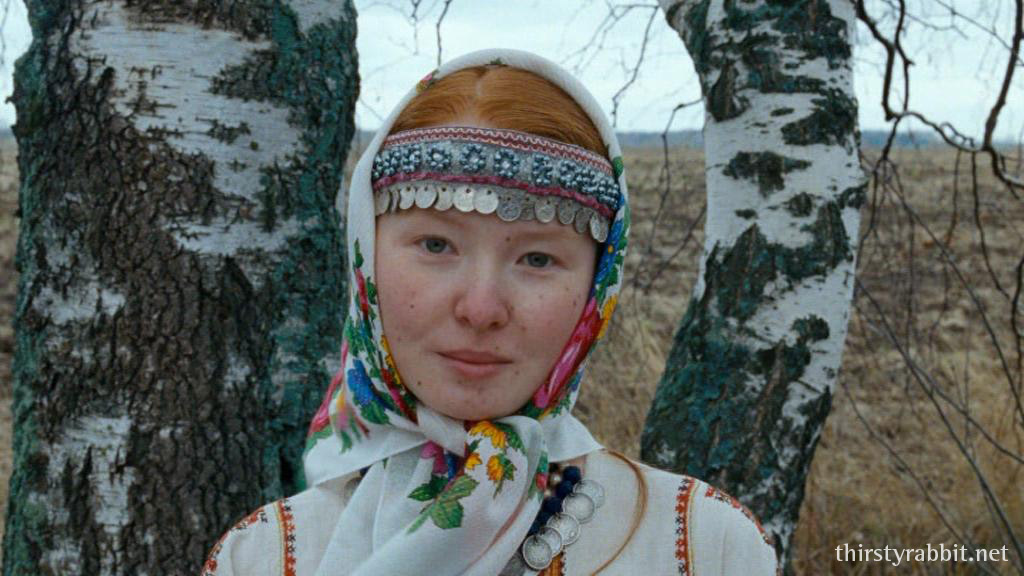 Presented as an anthology of twenty three short stories – unrelated, save the fact that all the characters’ names start with the letter ‘O’, they range from minute-long snippets to ten-minute segments featuring pagan customs that Mari people had absorbed into their Christian faith in pursuit of sex and love. They don’t see conflict between the two belief systems – for them, life exists hand-in-hand with death, and change alongside continuity. And shame and virtue are not defined by the deeds themselves, but the time, place, and context within which they happen. 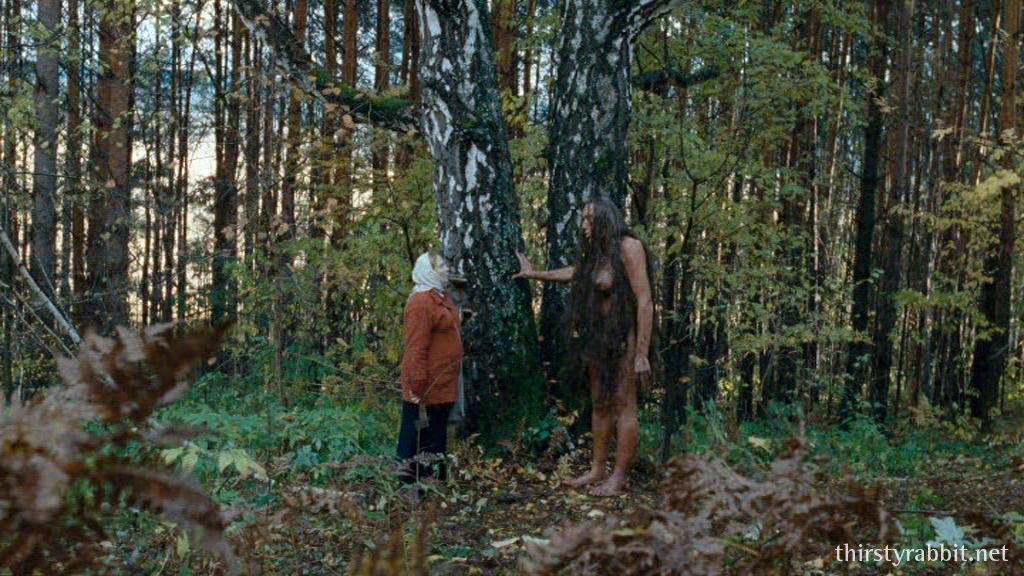 For a people in close connection with nature and its surroundings, even simple acts like bathing in a stream or kissing under a tree have a sanctity and decorum associated with it. It is a world cohabited by fairies and devils, dead and the living, and where the long departed ‘prepare’ young women just about to embark on a life of marriage. It is also a world where blessings and hexes are currencies used to trade favours. The film focuses on the varied ways in which women have taken advantage of these customs and beliefs to empower themselves. 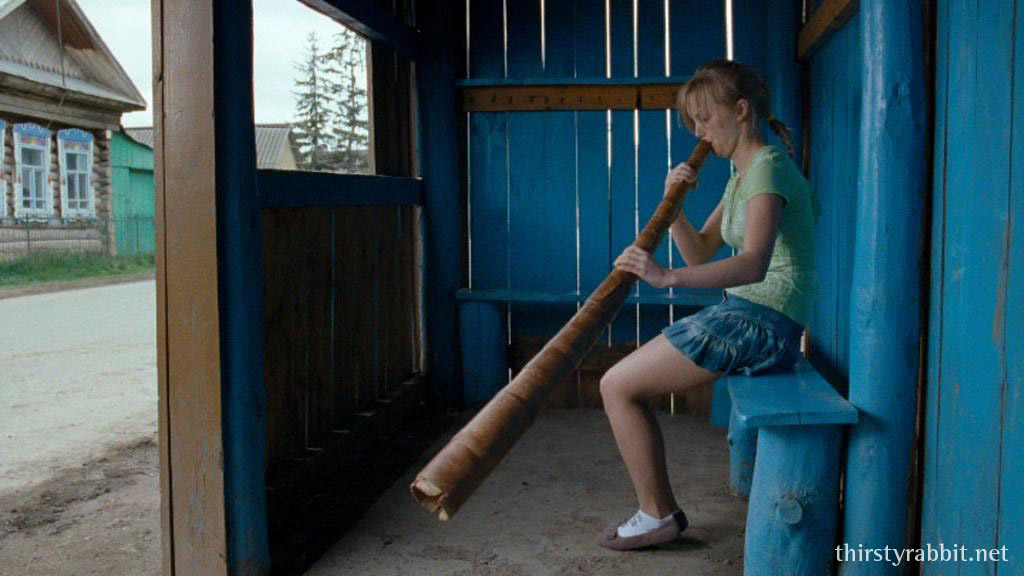 The cinematography, by using formal compositions of the landscape and its seasons, the people and their costumes, may have given the film a documentary semblance, but nevertheless evoke a variety of emotions – it is bewildering, enchanting, scary, touching, wildly funny, and also erotic. That’s the reason why the film deserves more than a passing reference to Decameron, and Pasolini – it carries an authenticity and storytelling-by-the-camp-fire charm that Pasolini would approve of, and like him, Fedorchenko approaches the unscientific using visual poetry and inference. The film is not necessarily an anthropological study even if it might interest those into it – it gloriously celebrates the Mari way of living without judging their idiosyncratic beliefs. 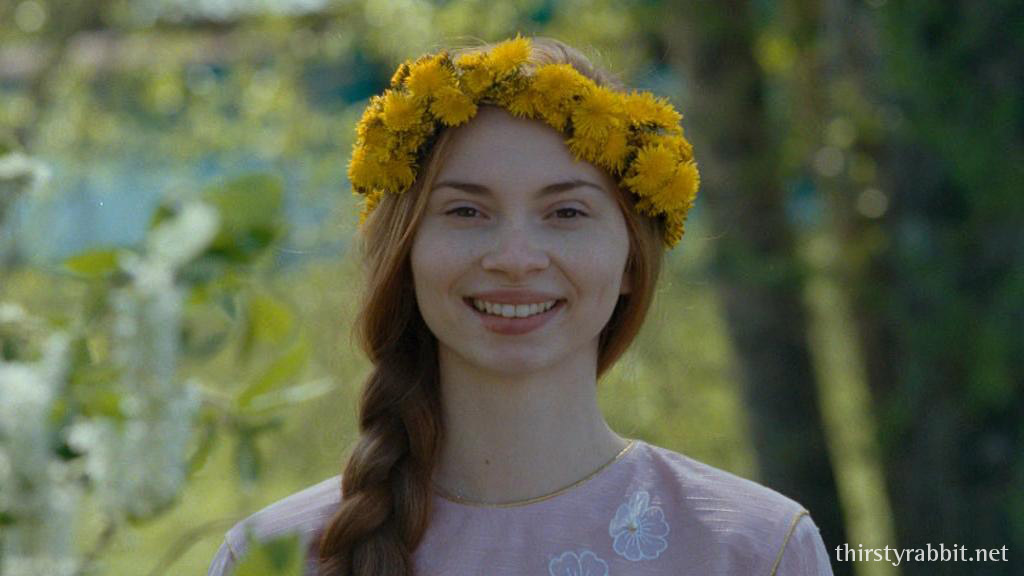 Touching – Yekatarina Sokolova in “Celestial Wives of the Meadow Mari”.

Some stories may be too short to give insight into the broader context within which they’re placed, but they are also among the more beautiful ones in the anthology – a bit like an imaginative haiku. One of my favourites is the touching story of Olika (Yekaterina Sokolova), a young bride who dies after a snakebite – I must’ve seen it separately a dozen times, but have yet to grow tired of it. 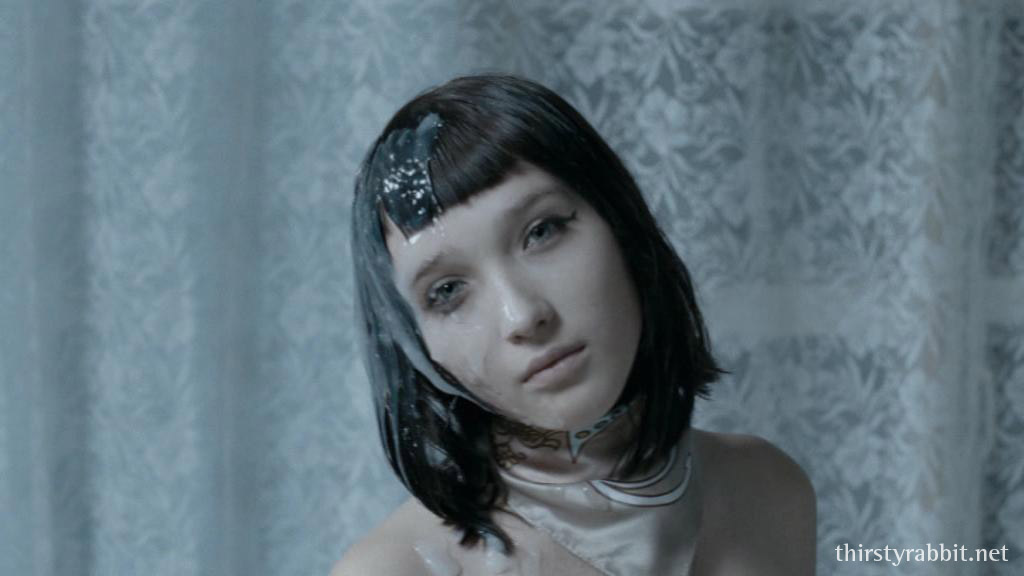 Outrageous – a scene from “Nebesnye zheny lugovykh mari” aka
“Celestial Wives of the Meadow Mari”.