Götz Spielmann made this beautiful film, “Revanche” [Eng. Trans: Revenge], a thought-provoking observation in love, loss, bereavement, revenge, and guilt. The film won numerous awards and was also nominated for Oscar for best foreign language film  It is also a harmonious film where the direction, screenplay, and main cast combine to produce a deeply moving story. I was equally impressed by the breathtaking cinematography, the crisp editing, clean set design and lighting – it all looks naturally simple – and that’s the beauty of it. I am also glad Artificial Eye had produced yet another excellent DVD transfer. I highly recommend this film and DVD.

Set in a sleepy Austrian village, Alex is a handyman at the brothel where Tamara works. They’re in love, and desperate to get out of that industry. But they couldn’t – Tamara owes her pimp money, and Alex needs some cash to set-up a new business. When the pimp tries to force Tamara into working for some exclusive ‘clients’, Alex decides to rob the local bank and escape with Tamara. But due to a freak accident, Tamara is killed during the escape. And the rest of the film is of Alex bereaving her death, wanting to seek revenge. Policeman Robert who shot Tamara is struck by a deep sense of guilt. Robert didn’t intend to shoot her – aiming for the wheels, he apparently misses his target. 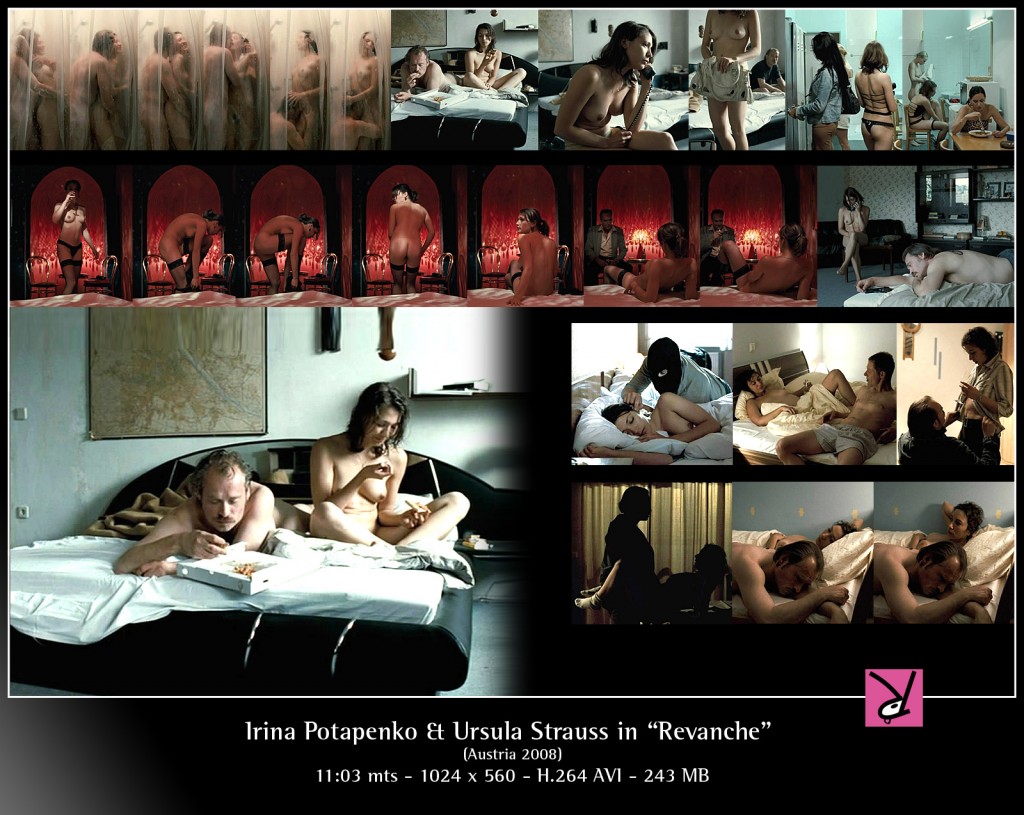 Scene Breakdown:
1)  Tamara, played by the gorgeous Irina Potapenko with Alex, making love in the shower, followed by a discussion in bed about their respective financial needs.
2) Scenes in the brothel, and Tamara is with a client who seems interested only to watch her play with her vagina.
3) Tamara calling home after making love to Alex. Later, after escaping with her belongings, they’re in a hotel room and Alex wakes her up with his heist mask.
4) Robert with his wife Susanne, played by Ursula Strauss – they’re childless and she wants to adopt a baby, but he has reservations.
5) Alex is seriously considering revenge for Tamara’s death, and Susanne, who visits his grandfather now and again invites Alex over one night when her husband is at work – obviously for sex. After some deliberation Alex visits her and asks plainly why she wants a fuck when she’s happily married with a nice home et al. He then has totally loveless sex with her in the dark.
6) Susanne and Alex are in bed – he now has to leave – Robert has arrived home early.