The 2001 drama fantasy by Christophe Gans, “Le Pacte des Loups” [Eng. Title: Brotherhood of the Wolf] is partly based on French folklore, but it is light entertainment from start to finish, and would probably appeal to teenagers where a mix of sex and violence is dished out in a sophisticated style, like the gorgeous eighteenth century costumes and over-the-top decor.

One however is inclined to withstand any level of mediocrity for a glimpse of the delectable Monica Bellucci. She plays Sylvia – a mysterious courtesan who bewitches our hero, who’s out in that neck of the woods to capture a monster werewolf, along with his native American side-kick. I had reviewed scenes and cut these clips from Blu-ray a while ago, so this film is purely here for the record.

Scene 1:
Our hero and his sidekick are invited to the local bordello. For the courtesans, the sight of a native American in their village is as much a matter of curiosity as is Sylvia beguiling to our hero. 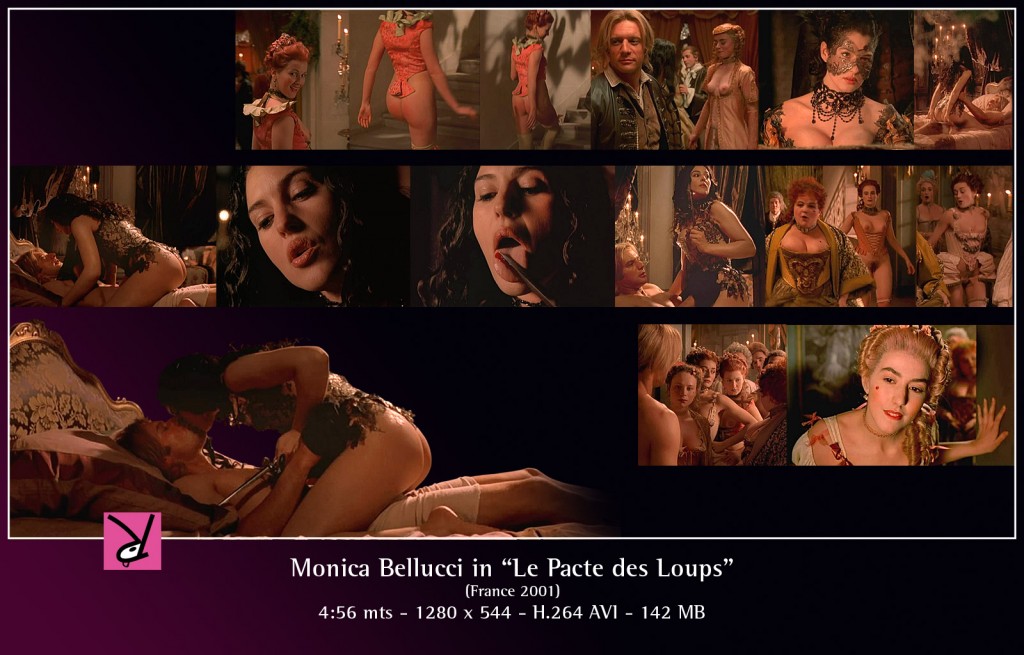 Monica Bellucci and others in "Le Pacte des Loups"

Scene 2:
Further scenes of the captivating Sylvia in sheer costumes – and our hero waking up from a ‘scary’ dream involving her. 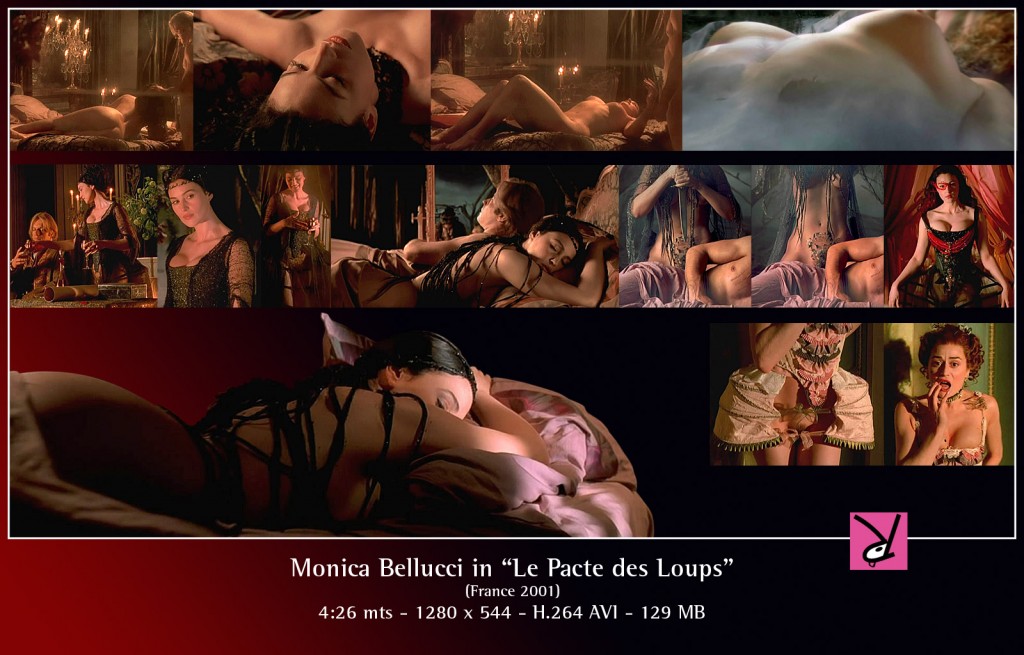