Bertrand Blier is one of those directors you’d either love or simply hate. He is an often misunderstood satirist who let’s a theme run its course, often to the most brutally honest conclusion, in the process throwing sentiment and wishful thinking out of the window.

M. Blier raises some interesting questions in his 2005 comedy drama, “Combien tu m’aimes?” [Eng. Title: How Much do you Love Me?] – what would you do if you won the lottery, can love be purchased, can a prostitute ever cease to be one, can an ordinary person dream beyond his means. His answers to all these questions are there in the film, if you care to see.

This film could have also made a rather good play because the screenplay and situations have a distinctly theatrical feel about it, and the characters are more or less caricatures of themselves. You have the dreary clerk, who propositions a prostitute to live with him – he intends to use the winnings from a lottery for this purpose, the prostitute who likes the idea of change but finds domestic bliss too humdrum, you have her pimp and husband who’s caught between his innate obnoxious nature and feelings of love for her, and you have the clerk’s friend – a doctor who pretends to live with a woman who had died years ago. All these characters play out their roles the way M. Blier sees it. And he shows the middle-finger to those who expect a ‘conventional’ ending. Even some Bertrand Blier fans hate this film, but they forget, this is the way he had always made his films.

There are only a few brief nude scenes in the film, but it is more than made up by the magnetic presence of one Monica Bellucci, who plays the Italian prostitute Daniela, whom bank clerk François hires as a live-in ‘wife’ for 100,000 Euro a month. Sig.ra Bellucci was already forty when she made this film, but gives womenkind a masterclass in the art of seduction and sensuality, using not much more than her eyes and body. If nothing else, the film is worth a sleepless night at least for those God-given curves. I’ve therefore included some non-nude but nevertheless sensual and funny scenes that I believe to be the ‘visual’ highlights of the film, cut straight from my DVD.

Compilation 1: a combination of several scenes: 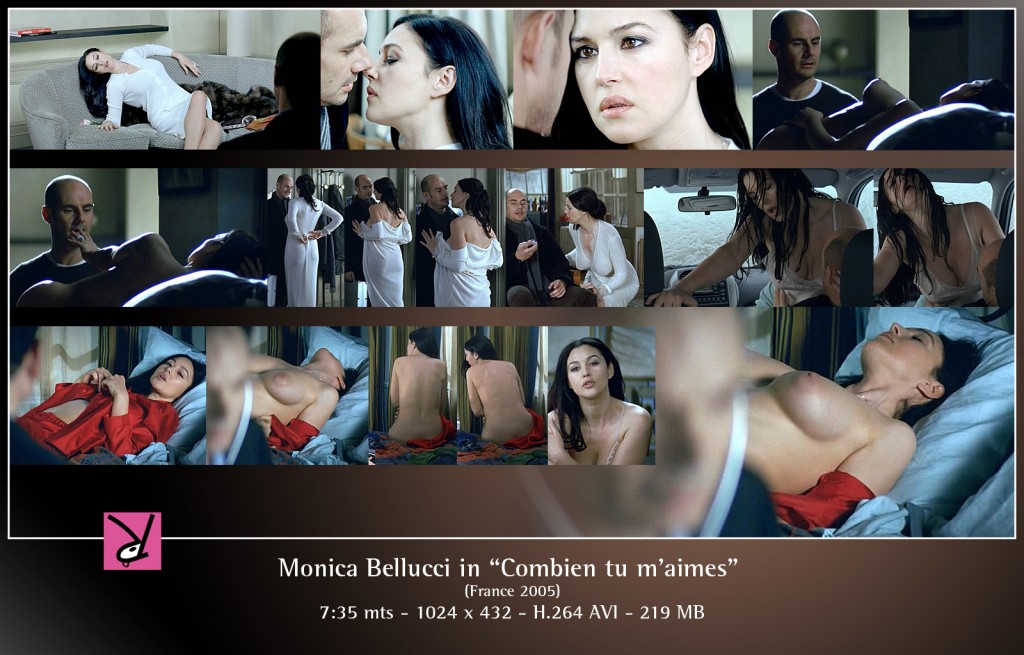 Compilation 2 – made from several scenes: 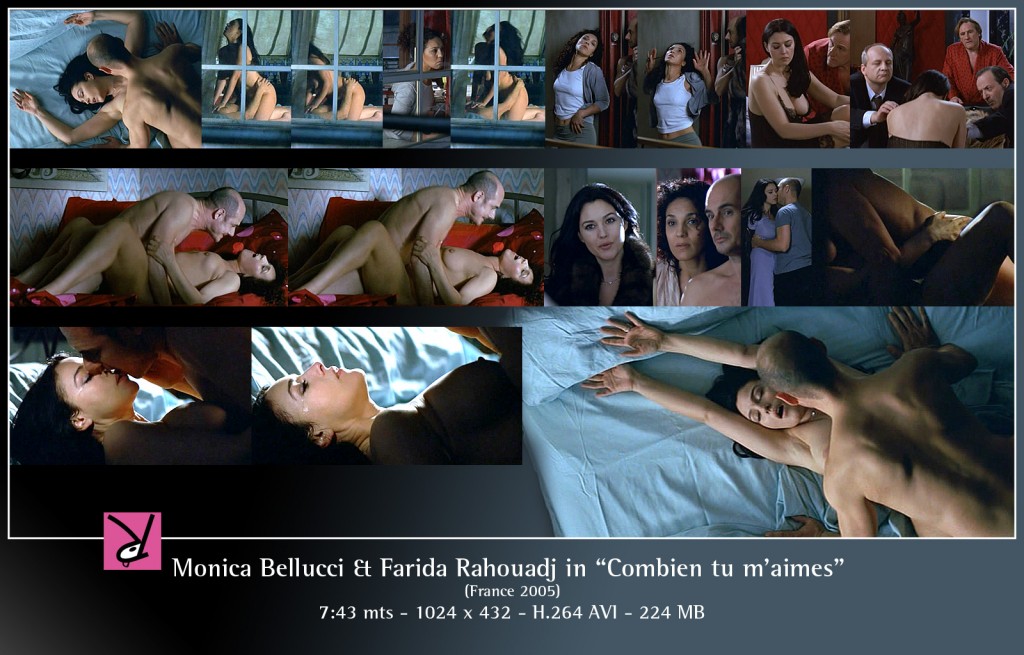 Both Monica Bellucci and Farida Rahouadj vie for our attention in Bertrand Blier’s “Combien tu m’aimes?”.