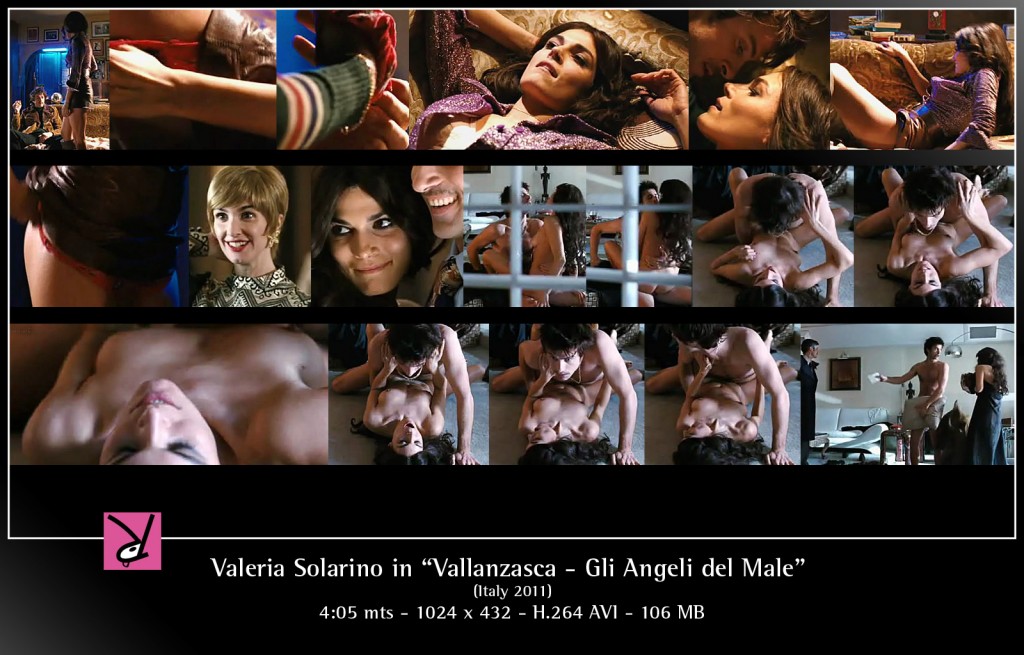 Michele Placido’s latest film as director is his biopic of notorious Milanese gangster, Renato Vallanzasca, “Vallanzasca – Gli Angeli del Male” [Eng. Title: Angels of Evil]. On general release only last month, this big-budget crime drama is set during Renato’s active years in crime -1970’s and 80’s – when he was in and out of prison. The film has flair, with some impressive editing and sound engineering, not to mention the actor playing the protagonist, Kim Rossi, and of course every other actor covering important roles in this star-studded line-up. Mr. Placido’s done an excellent job, but it would be unfair to compare him to his more illustrious peers in the genre, Francis Ford Coppola (The God Father) or Giuseppe Tornatore (Il Camorista).

Scene: Valeria Solarino
In the only nude scene in the film, Renato is with his girlfriend Consuelo, played by gorgeous Valeria Solarino, as the Carabinieri come knocking at the door. I have also inserted an earlier scene when Renato first meets her – there is no nudity here but it is a sexy moment with bella ragazza Valeria – she’s just got ‘class’ written all over her, hasn’t she. Renato asks Consuelo to strip and lie down before his cigarette finishes, but she’s no push-over, she demands money on the table before he could do anything, which puts him off the idea altogether. There’s also a brief glimpse of the lovely Paz Vega – she needn’t be in this compilation, but what the heck – I don’t think many people will complain..!