Jean-Luc Godard thinks so, among many other things as he usually does, in his latest cinematic dissection titled “Adieu au langage” [Eng. Title: Goodbye to Language]. If anyone thought the Nouvelle Vague was long dead, they certainly ought to have a word with this man before mouthing their verdict. 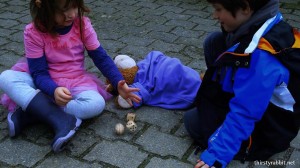 Ever the path-breaking maverick, Godard’s latest film is proof enough that the octogenarian still has something to say about cinema. While it invests itself in a sociological theme, the film also ‘visually’ questions several unwritten golden rules concerning cinema as a medium. So much so that the very need for words and dialogues (read ‘language’) is often portrayed as being more or less redundant. You can therefore comfortably ignore a good chunk of the dialogues in the film. 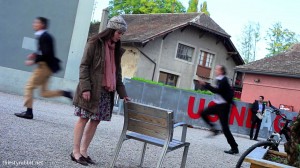 Godard had done these before – deliberately cutting off sound during conversations, confusing viewers through sound effects, distorting time and flow with stop-slow motion – effectively challenging audience to de-construct what they hear and see. He now upgrades these ideas to cover present technology and digital media. The film is meant to be watched in 3D, and whilst I didn’t quite oblige, one could pretty much see what he was trying to achieve, because it works to some extent in 2D as well – it draws you out of your comfort zone by distorting shape and form. This is Godard playing with cinema, like a kid breaking a toy apart and putting pieces back together. 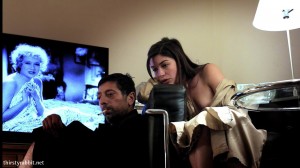 Of course, he has some serious things to say as well in the process, like highlighting the lack of communication among people in modern relationships – “Soon everyone will need an interpreter, to understand the words coming out of their very own mouth”, opines one of the central characters during a passage of play. 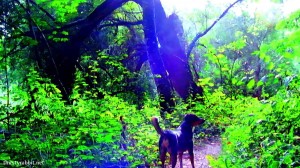 Apparently language isn’t needed for love to flourish – Godard even considers it a hindrance, and anecdotally explains how a dog, without any structured language, succeeds in loving its master more than it does itself. Love is what we need, and love doesn’t require language – that’s the message, and as if to drive home the point, Godard ends his film with a dog responding to the babbling voice of an infant… 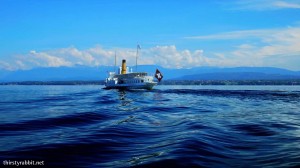 The audacious film-making is reflected in its choice of shooting equipment and post-processing as well – shot entirely in digital using no less than six different formats and frame rates, scenes are saturated to extreme levels to the extent that they appear at times to be deliberately degraded, which together with the swivelling camera movements, impart a degree of vicarious immediacy by mimicking personal videos made using a camera phone, echoing the narcissistic society that we live in. That much I gathered in my first two viewings, and I suspect there could be more to follow. Even at a short seventy minute runtime, the film is testing – who said Godard was easy! But if you’re looking for something intellectually challenging over the festive period, this film might just do the trick. For them at least, it is certainly Highly Recommended Viewing..!

The Nudity: Héloise Godet, Kamel Abdeli, Zoé Bruneau, and Richard Chevallier
We follow two couples going about their breakup over a series of montages, and during the instances when they’re talking but not actually communicating, we see them depicted in the nude. The scenes are also interspersed with found/stock footage of sexual acts, none of which are titillating – unless you can get past those toilet noises. 🙂