Twenty two year old Natalia (Ingrid García Jonsson) is the eldest of three children living with their divorced mother Dolores (Inma Nieto). Unemployed, Natalia babysits her little sister while her mother goes to work. Carlos (Carlos Rodríguez), about the same age as Natalia, is also unemployed, but occasionally manages to find work as day-labourer for his best friend’s father, for a pittance. He lives with his invalid mother who requires constant taking care of.

Their travails increase when Natalia discovers that she’s pregnant. Against her mother’s ‘practical’ advice, Natalia will decide not to terminate her pregnancy. Carlos, hoping to start a van delivery business from a yet-to-earn investment, is apprehensive about becoming a father when he’s least ready, but reluctantly agrees. 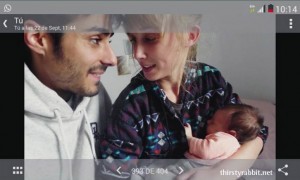 After the child is born, Carlos tries to make things work between him and Natalia. He attempts to obtain compensation for a random physical assault he suffered earlier, but when nothing comes off it, begins to feel the strain, and responsibilities that come with a fledgling family. Natalia, realising that she can neither depend on her mother any longer, nor wait for a change in fortunes for Carlos, leaves her child under her mother’s care and departs for Hamburg, where her friend Trini, having managed to find work lives… 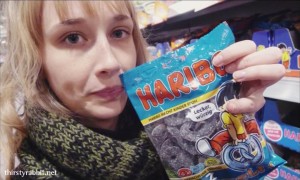 Shot in the style of a documentary, the film succinctly portrays the personal, social, and economic challenges presented to unemployed youth in a Spain battling its worst economic crisis in several generations, where people often need to relocate, and sometimes compromise values in order to get by. It’s not often that one comes across austere film-making from Spain, but you can rest assured that when you do, they will be refreshing and supremely eloquent. The film was Cannes-awarded for a very good reason; it is yet another exquisitely scripted film from the talented Jaime Morales, and he’s aided by fine performances from all the main actors, particularly the elegant and gifted Ingrid García Jonsson. The cinematography, whilst economical, is fluid and effectively captures the essence of what the director is trying to convey. Needless to say, the film is Highly Recommended Viewing..!

The Nudity: Ingrid García Jonsson and Carlos Rodríguez
Two scenes in the film feature brief frontal nudity – first when Natalia and Carlos ‘do it’ for camera, for a quick buck, and later when Natalia appears in a casting session on her own; each of these scenes were accomplished using a single take. If you follow Spanish and German, you might also appreciate the sleazy humour behind the frank interviews preceding each scene.