Jean-Pierre Jeunet‘s charming 2004 romantic drama, “Un Long Dimanche de Fiançailles” [Eng. Title: A Very Long Engagement] won a clutch of Césars the following year. And this is surely one of those films you must watch with your spouse or lover – trust me – you will be rewarded!

The film is about one young woman’s relentless search for her fiancé, offcially ‘missing in action’ in the bloody battlefields of The Somme during the first World War. Mathilde puts together pieces of information she receives from various sources,  and in the process learns that her fiancé, along with four others were left for dead in no man’s land, without weapons, as punishment for faking injury so they could return home early. But she never loses hope, and pursues every clue she could lay her hands on. The enchanting Audrey Tautou plays Mathilde quite admirably.

I had reviewed this film several years ago elsewhere, but I’ve cut these scenes again more recently from Blu-ray, so there should be no harm in it being recorded here as well.

A combination of 2 scenes of Audrey – the first part is when Mathilde receives one of her regular massages from her physiotherapist. The second half is Mathilde reminiscing her first sexual experience with her fiancé. 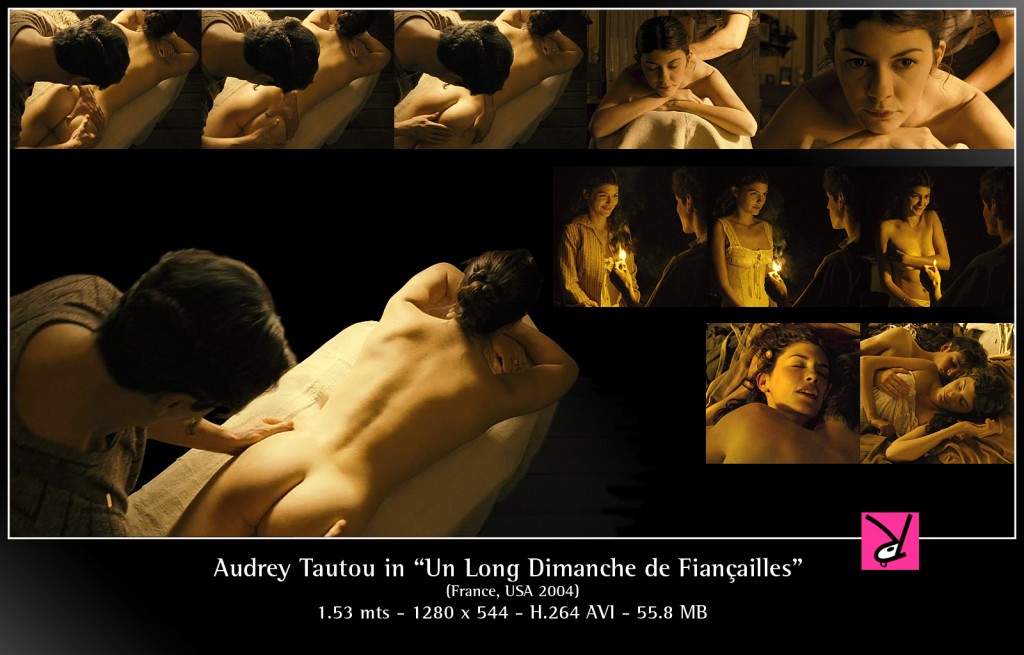