Veteran director Vicente Aranda gives us his take on events preceeding the fall of the Byzantine Empire in his lush 2006 adaptation from a book by the same name, “Tirante el Blanco” [Eng. Titles: The White Knight / The Maiden’s Conspiracy].   I haven’t read Joanot Martorell’s original book, but knowing Sr. Aranda, I’m sure what looks at first sight to be a bawdy swashbuckler-romance with cheesy dialogues, is his way of satirizing the political intrigues and hypocrisy prevalent among the royals of the time, which eventually led to the fall of the Empire. But I am not too sure if he pulled it off successfully with the English dialogues.

It’s well made film, particularly in its attention to detail – like the costumes, lighting, cinematography, and art direction. The Blu-ray version bring out its technical merits in all its glory.

The story is set in the early 15th century when a knight from the Kingdom of Aragon (Spain didn’t exist in its present form then) arrives with his army to defend Constantinople from the invading Moslems. He hopelessly falls in love with the princess Carmesina, played by the delicious Esther Nubiola. The film is filled with big stars – Italian actor Giancarlo Giannini plays the ailing emperor, and Spanish actress Victoria Abril plays the scheming Peaceful Widow, Leonor Watling, the court maiden Placer de mi Vida, and Ingrid Rubio, maiden Estefania.

Scene 1:
This is about court maiden Estefania and princess Carmesina trying hard to loose their virginity to the visiting foreigners – Tirante – the White Knight, and his close friend, with one of them succeeding. There is only brief nudity in these scenes. 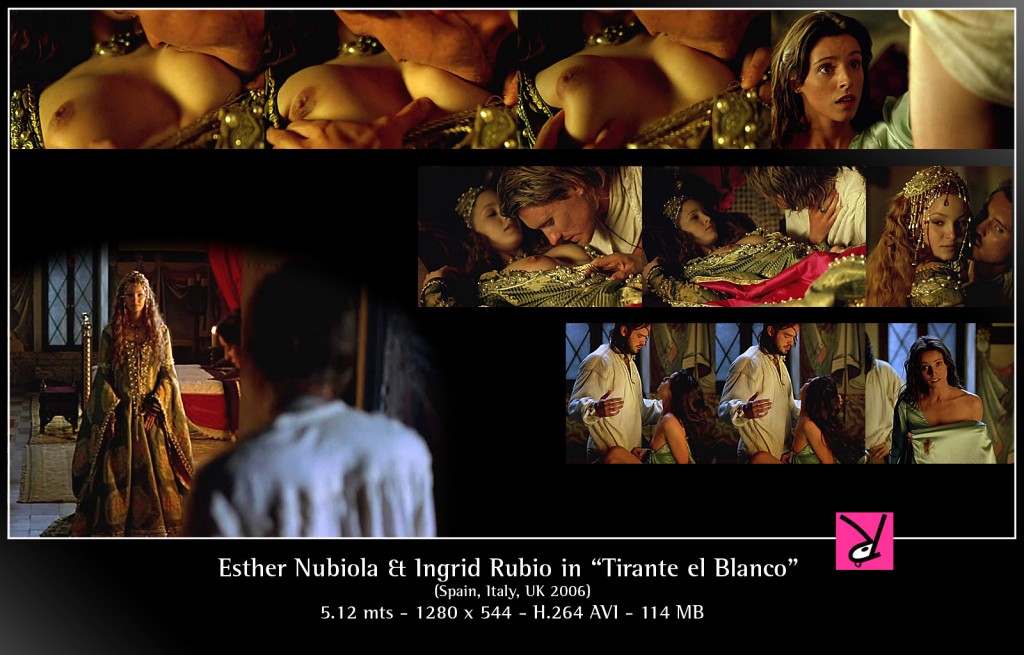 Scene set 2:
Viuda Reposada – Peaceful Widow goes to extraordinary lengths to prevent Tirante from marrying Carmesina, flashing her feminine assets at every opportunity.  Having failed to keep the courtly love birds apart, she receives her comeuppance towards the end. 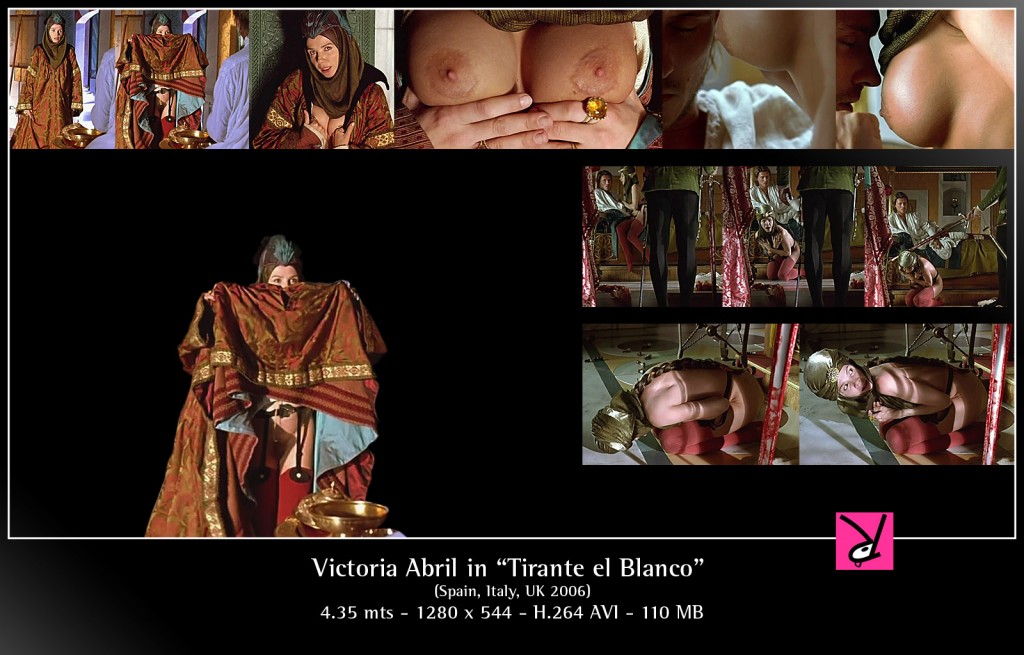 Victoria Abril in “Tirante el Blanco” aka “The Maiden’s Conspiracy”.

Scene set 3:
The Empress, played by British actress Jane Asher, falls in love with a boy young enough to be her grandson – he is Tirante’s Page. During the end scene, a suspicious Emperor barges into her “smelly” chamber to see if there’s anything fishy going on. 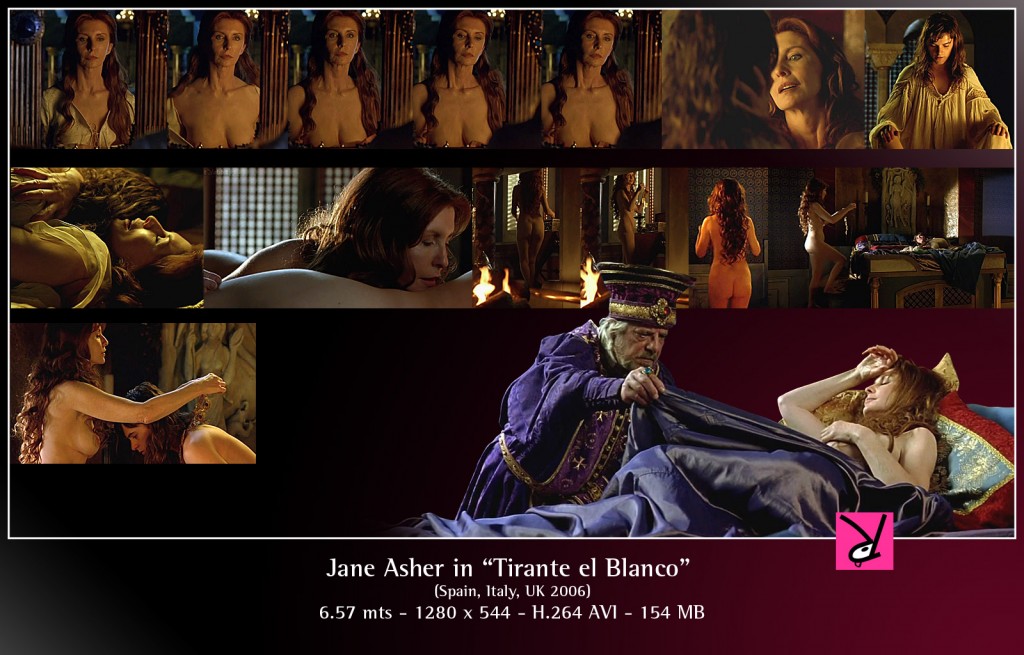 Jane Asher in “Tirante el Blanco” aka “The Maiden’s Conspiracy”.

Scene set 4:
A collection of scenes with Esther Nubiola and Leonor Watling. 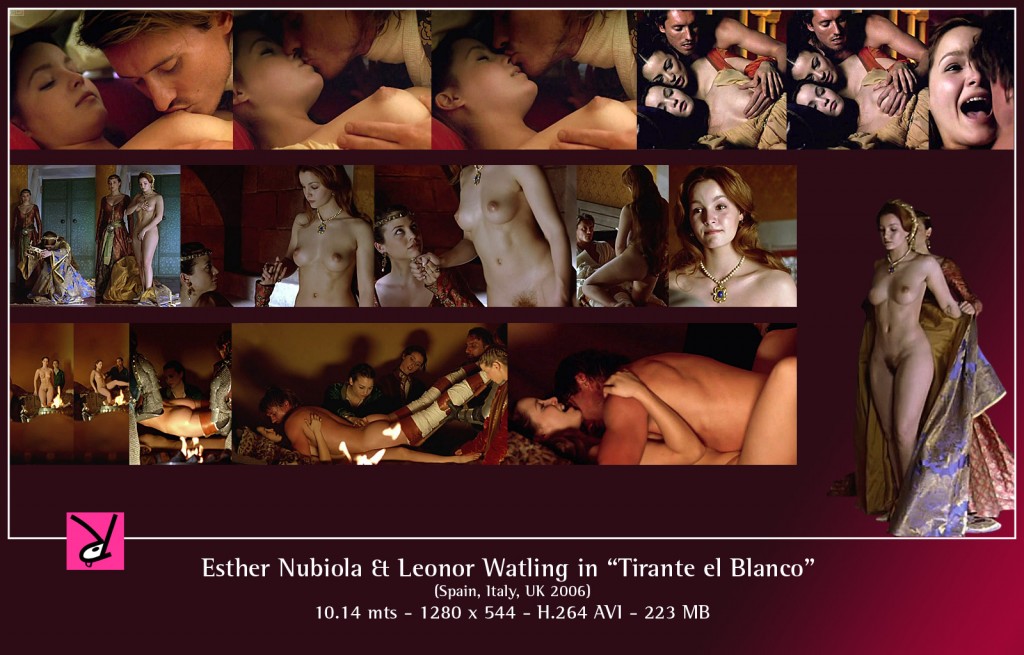 Esther Nubiola and Leonor Watling in “Tirante el Blanco” aka “The Maiden’s Conspiracy”.