British director-cinematographer Nicolas Roeg had also worked in several US productions, but I’ll be focusing on his predominantly UK and European filmography for this blog.

Nicolas Roeg, in brief:
His was one of the most magnificent careers in British cinema, starting as an apprentice and working his way upwards to become a cutting-edge film-maker. By the time he got to direct his first film, he already had over twenty years of industry experience. He never did film school, but is a great master of cinema, exquisitely mixing his narrative to give the audience information only when he feels they’re ready for it, expecting them to put the pieces back together on their own – he’s one man who can force you to sit through his films. His classics such as The Man Who Fell to Earth, Don’t Look Now, and Bad Timing, to randomly pick a few, speak volumes of his artistry and understanding of the medium. He remains one of my favourite British directors, even as I prefer his ground-breaking and innovative earlier work. Here’s some great further reading on Nic Roeg’s work from a different site.

Storyline:
The bride wakes up naked from drunken stupor to find herself in a hotel room, handcuffed to the bedpost, and a stranger sleeping beside her. It is her wedding day, the only thing she remembers from last night was trying on her bridal dress and having some champagne. She manages to locate the key to free herself, and promptly handcuffs the naked stranger in her bed, lest he wakes up. She spends a good part of the film trying to locate her clothing – her only intention is to get dressed and leave the room. She is not interested in knowing what happened the night before, and ignores whatever the stranger has to say after waking up. But the stranger is already in love even though he doesn’t know her name yet, and now has his task cut-out to convince her to also love him before she leaves the room. He keeps talking – handcuffed and naked – he has no other means to change her mind. Most of what he says is rubbish, but it is sincere and endearing, and we end up liking the b*stard. But will the bride who’s about to get married also feel the same..? 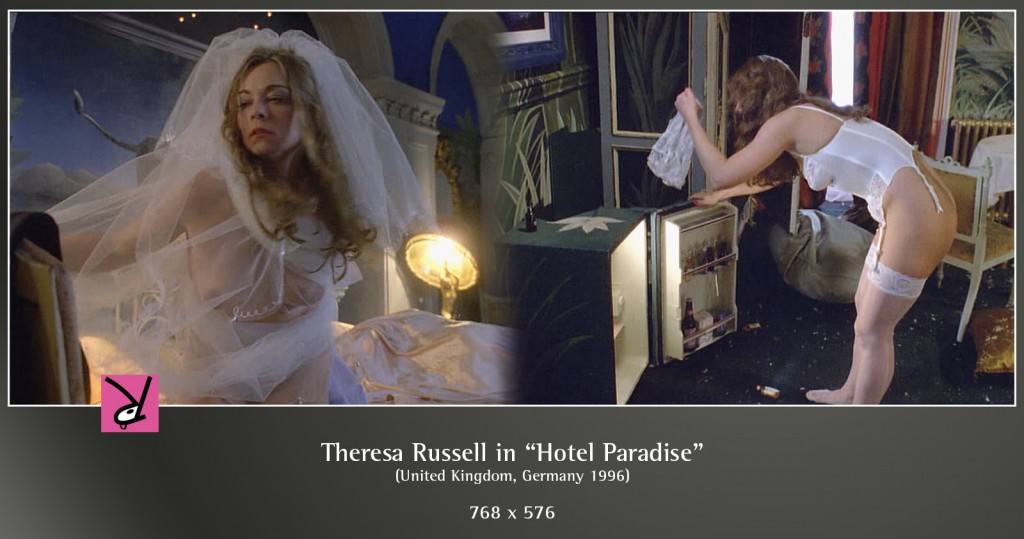