A Tribute to Nudity in Latin American Cinema

Another lighthearted tribute of sorts to some of the Spanish language films made in Latin America (excluding Brazil, naturally). With Latin America, it’s practically impossible to cover all my favourite films in just a single clip – there’s simply so many from this mesmerising continent. Countries like Mexico, and particularly Argentina are again producing great films in every way, that could even be considered ground breaking in today’s world cinema, and need we say more of the Latina beauties that grace their screens any more than has already been acknowledged worldwide! To sample and relish the best of nudity in Latin American cinema, I’ve chosen the most memorable scenes that lingered in mind while making this compilation, which along with the vintage music should I’m sure reflect the ‘true’ Latin spirit..!

This was also a compilation made over a year ago, but I hope you find it enjoyable all the same..! 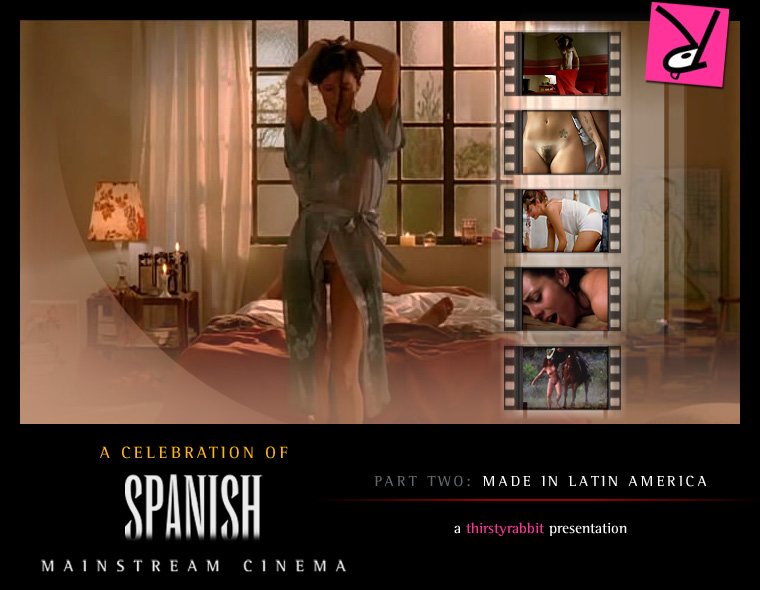 Here’s a helpful guide to films from which the scenes for my compilation were taken, in their order of appearance?:

4 Responses to A Tribute to Nudity in Latin American Cinema