Its International Permiere will be at the 42nd International Film Festival of India (IFFI), Goa, India (23rd November – 3rd December 2011) 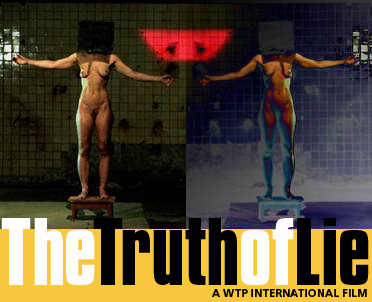 The new movie by Roland Reber, the ‘enfant terrible’ of the german film industry, is hard, merciless and true. As true as the lie allows.

Synopsis:
A writer (Christoph Baumann) is holding two women captive (Marina Anna Eich, Julia Jaschke). He wants to make them experience their outer limits, lead them to the “top”. He tortures them in body and soul. However, his methods are not leading to the desired result. His publisher (Antje Nikola Mönning), a shady woman, is pushing him further and further. The torments are getting more and more bizarre. Rules are put in place – just to be immediately broken. It looks like a battle against time as a stopwatch continuously counts down towards zero. What will happen then?

The writer says, “Experiencing one’s outer limits is only possible once you are on the limit. But where is the boundary and who enforces it?”
Nothing seems to be as it appears.

WTP international GmbH has again produced this film without any subsidy, but with a lot of commitment from everyone involved.

The theatrical release is scheduled for April 2012.
More up-to-date information can be found at
www.wtpfilm.com

This entry was posted in -News & Interviews and tagged german cinema, Marina Anna Eich, The Truth of Lie. Bookmark the permalink.

2 Responses to Press Release on Roland Reber’s latest film, “The Truth of Lie”