The absorbing thriller is complemented by some excellent cinematography and editing, and all the main actors take this to another level – needless to say, most of them went on to become hugely successful stars, while Carmelo Gómez already was one.

Set in a seedy quarter of Madrid, Antonio (Carmelo Gómez) and his associates – members of the ETA, meticulously lay a plan to blow up the Police Headquarters. But when Antonio moves into his operational area in the guise of a photo journalist, he gets distracted by his neighbours – two prostitutes, Charo and Vanessa, and particularly Charo, a woman drawn to the industry to satiate her heroine addiction. What starts off as empathy turns into passion and love. And because of his involvement with Charo, he has put himself and his mission in jeopardy, as the police are trying to net a local drug-pusher frequenting the area. Charo is played by classical Spanish beauty Ruth Gabriel – she was only about eighteen when the film was made, and Vanessa is played by Candela Peña.

The film also has some famous nude scenes that have been floating around the Internet for a while, some of you may even recognise them from the scene graphics below. I had originally reviewed this film years ago, but have re-cut these scenes freshly from my DVD for this reappraisal. Needless to say, Recommended Viewing. 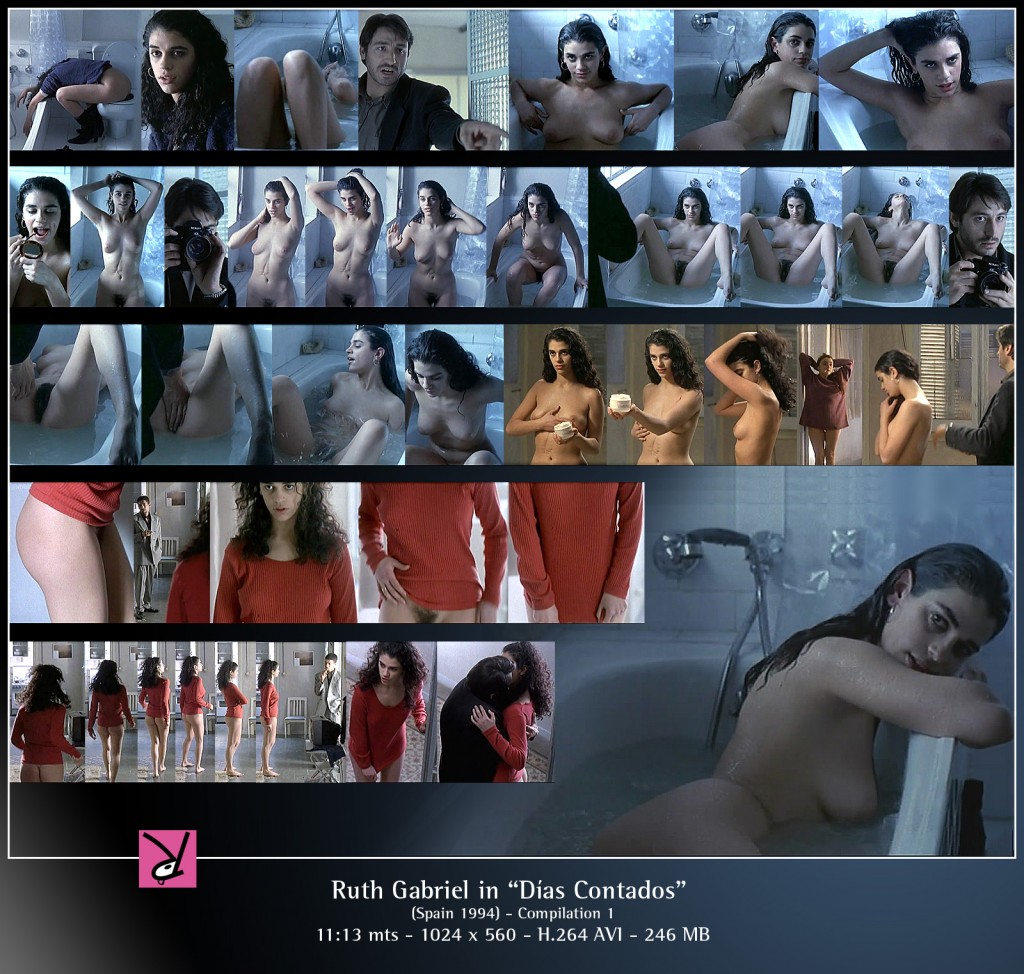 Ruth Gabriel was barely nineteen when she did this film – her ‘bold’ scenes surely complemented her excellent acting in “Días Contados”.

A compilation of at least three different scenes.
First, Charo lets herself into new neighbour Antonio’s flat – she had forgotten her key to hers, and needs to take a leak. She uses this excuse to give herself a fix, and proceeds to have a bath as well.
Initially annoyed by her indulgence, Antonio is swiftly drawn towards Charo’s physical charms. Charo caresses her breasts and asks him whether he likes them – her ass apparently is her husband’s favourite part of her body. This is before they even exchange names. They do eventually, and when Antonio tells her he’s a photographer for a newspaper, she asks him to take some pictures of her – in the nude of course. Unable to resist the sight of Charo’s vulva when she spread her legs wide for one of her poses, Antonio touches her vagina. Charo objects – she reminds him she’s after all a married woman and could not allow others to ‘touch’ her..!

In the second scene, Antonio pays a visit to Charo’s flat, when she asks if he could put some cream on her back.

In the final scene, Charo and Vanessa negotiate the price for their next fix from the local drug dealer. Charo forgets she’s knickerless and walks after him to finalise the deal – the guy has a good look at her, nevertheless sticking to his terms. Towards the end of the scene, some cops warn Antonio not to get involved with his prostitute-neighbours as they’d reached a point of no return. He doesn’t heed their words, he’d already grown fond of Charo. However, when Antonio tries to take Charo into his flat for sex, she refuses – not because she didn’t like him as well – she just wants their first time together to be ‘different’. 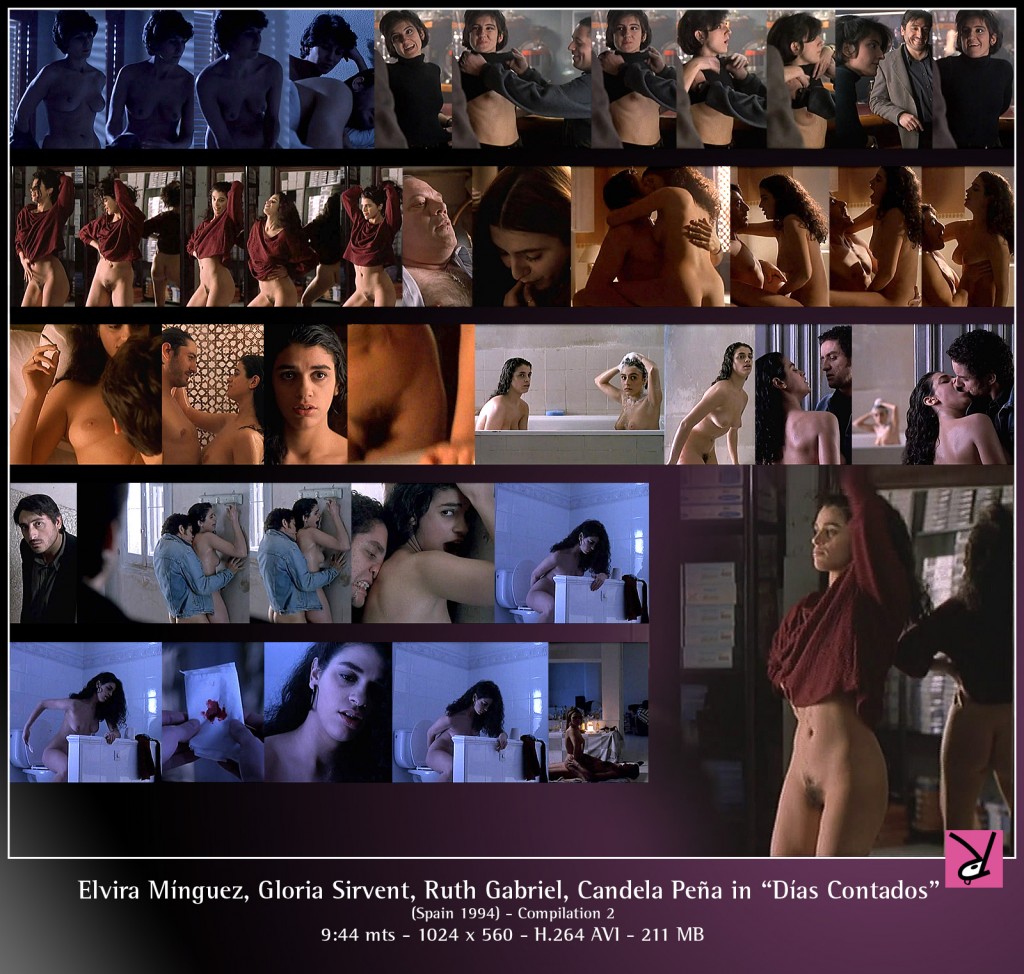 Some more awesome nude scenes by Ruth Gabriel and others in the 1994 drama, “Días Contados”.