I finally managed to get an Almodovar up here. I had reviewed his 2002 classic “Hable con Ella” [Eng. Title: Talk to Her] years ago, but these scenes are freshly edited and recut from DVD.

For people outside Spanish speaking territories, Pedro Almodóvar would have probably been their first introduction to Spanish language cinema. His early underground films were not only groundbreaking in their subject matter, they were cleverly written and refreshingly executed. He is still the most famous name in Spanish cinema, and rightly so.

While some of his recent films have become less edgy, “Hable con Ella” still retains the raw humanity emanating from his earlier works, and as ever, his women are inherently strong characters. In “Hable con Ella”, we see Alicia lying in a state of coma for the best part of the film, but still manages to command our respect, she makes us feel ashamed for looking at her nudity, and Almodóvar skillfully creates this special connection between Alicia and the audience. Similarly we have another strong character in Lydia the matador, who also goes into coma after being gored by a bull in the arena. The story and screenplay is excellently constructed, no wonder it won so many major awards including Oscar, BAFTA, Goya and César. If you haven’t yet seen this film, you should. This gem can’t be recommended enough!

The Nudity: Compilation One
Mostly of a beautiful and wholesome Leonor Watling. Watching her at the ballet school opposite his flat, male nurse Benigno falls in love, even when aware that she’s way out of his league. He visits her home with an excuse of a session with her psychologist-father. But following an accident, when Alicia lay comatose in the hospital where he works, Benigno begins a fictitious relationship with her, after her father appoints him to take care of Alicia exclusively. There is only one brief nude scene where she is conscious, when she comes out of the shower only to see Benigno snooping around her room. 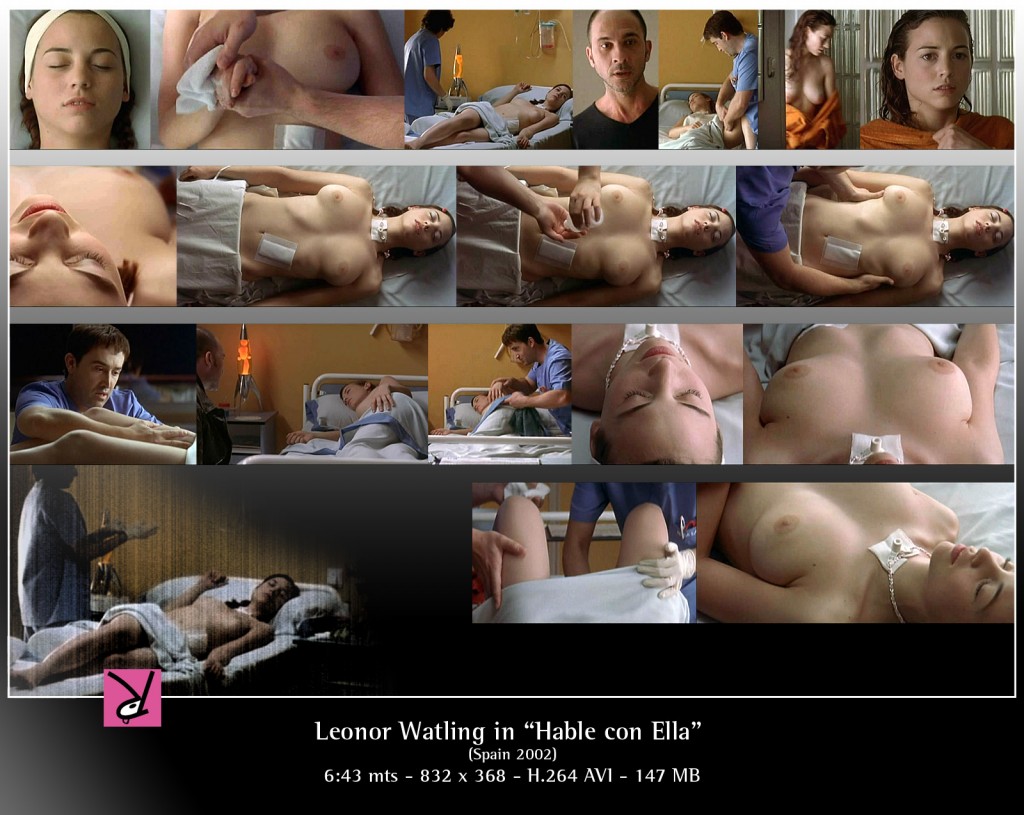 The Nudity: Compilation Two
Includes the lovely Paz Vega, who plays Amparo in an amusing silent film within the film. Some of you may remember seeing this unforgettable scene, perhaps in bits and pieces. Alicia used to enjoy watching silent films – so Benigno narrates to her the film that he had recently seen. Earlier in the compilation, we see Lydia, played by Rosario Flores ceremoniously getting dressed for the bull fight. We also see a scene of a very scared and nude Ángela. played by Elena Anaya, running away after seeing a snake in her tent. 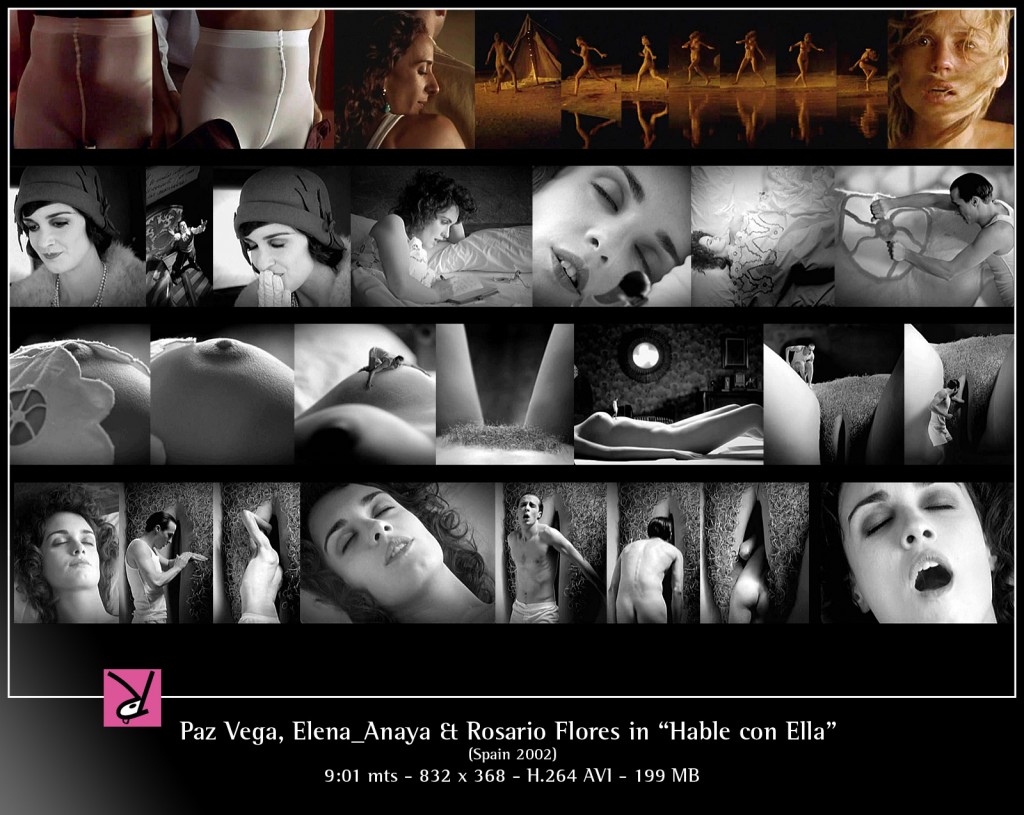