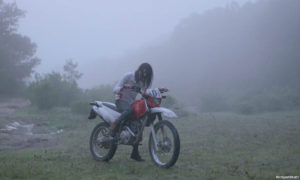 The film begins with what we assume to be an asteroid in space heading our way. The next scene is of a young Verónica (Simone Bucio) writhing in ecstasy in the arms of a tentacled creature, wearing the expression of a painfully dependent opium addict. As Marta (Bernarda Trueba), wife of scientist Verga (Oscar Escalante), clears away the blood-stained sheets from the bed, an injured Verónica is shown limping across mist-laden woodland to make it to her parked cross motorbike. 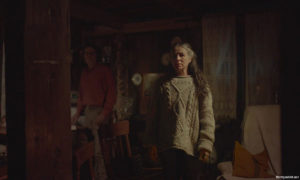 Dr. Verga who’d housed and studied the tentacled creature from his cabin since its discovery, is convinced that it represents the most primal of nature’s instincts in its purest state, with even the wild animals getting irresistibly drawn towards the crater site to copulate. He also opines that Verónica’s recent rendezvous with the creature turned out bloody because it’d lost interest of her. 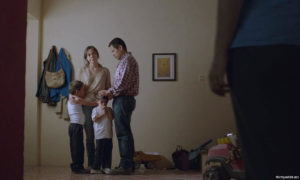 A parallel storyline develops around unhappy Alejandra (Ruth Ramos) and her family. Her husband Ángel (Jesús Meza) had been having an affair with her brother Fabián (Eden Villavicencio), which the latter had wanted to end. Verónica strikes up a friendship with Fabián at the hospital where he works and divulges about a ‘lover’ who lost interest and ‘dumped’ her lately, and suggests he visit the cabin to find out for himself… 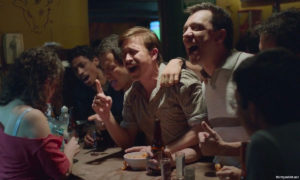 During the course of the film, it dawns on us that rather than a supposed sci-fi thriller along the lines of Alien, War of the Worlds, or even Andrzej Zulawski’s Possession (with which it shares some plot similarities), we’re indeed watching something allegorical. It is in effect a critique of everything that’s gone wrong in modern society. Some scenes are darkly funny even when something tragic is happening, which can hardly be considered unintentional, especially with someone of Escalante’s notoriety at the helm. 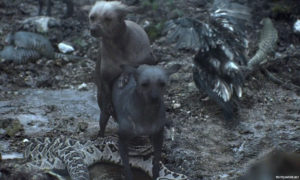 The film happily defies categorisation – like an early Almodóvar who didn’t worry too much about having to be audience-friendly, this is Escalante simply having fun with different genres whilst striding the thin line between homage and parody. Yes, there is social commentary, but that’s not the film’s main purpose. To me it’s a celebration of the film making process itself; the film has integrity and pays enough attention to detail, and even if we’d seen more convincing FX creatures in Hollywood, it shouldn’t matter too much on this occasion. That said, the bizarre scene where various species of animals are seen merrily shagging away in a crater-like pit is a sight to behold. And we all know that even Stanley Kubrick would struggle to direct wild beast porn, so the effects department clearly earned their keep here. Recommended Viewing..! 🙂