Tomás Gutiérrez Alea is Cuba’s best known and most respected director, and although I’ve seen only three films of his to date, I shall start his filmography with one of his last, “Fresa y Chocolate” [Eng. Title: Strawberry and Chocolate], a comedy drama that among other things critiques the Cuban establishment’s intolerance towards homosexuality.

Storyline:
Set in contemporary Havana, we are introduced to young David, a loyal communist and university student, in love with Vivian. But he’ll soon learn about her opportunism when she dumps him and gets married to a much well-off man. One day, David is hit on by Diego, a slightly older, exuberant, and openly gay intellectual and activist. He cunningly convinces the heterosexual and suspicious David to accompany him to his flat with the pretext of handing over some photographs of him with another woman. When David mentions the incident to his party-worker friend, he’s asked to get back in touch with Diego to gather information on any subversive activities he may be up to. He approaches Diego who has by now already fallen in love with him, and agrees to be his friend provided it is purely platonic and they never discuss sex, and Diego agrees. But before long, David will discover in Diego not only a true friend, but also a wider knowledge of the world, and more importantly, love…

One may call this an intellectual coming-of-age film – about growing up and learning to live by one’s principles. It is also a film about friendship, unrequited love, and tolerance for people who have a different point of view, or sexual orientation – the title alludes to different tastes and preferences. The film’s purpose is not to discover anything profound but merely hammer home the aforementioned message in the most straightforward way. In that, it succeeds emphatically. It is very approachable and should be seen by all as it is extremely genial, touching, and even quite funny at times, especially during the scenes in which Diego tries desperately to win David’s heart. Diego is interestingly played by Jorge Perugorría – more widely known for his rather macho roles as in “Bámbola” and “Doña Bárbara”, and David is played quite convincingly by Vladimr Cruz – he brings forth the right amount of naivety and bewilderment that his character goes through which makes him endearing. An ageing Tomás Gutiérrez Alea worked with his regular co-director Juan Carlos Tabío on this project again, and manages to prove that he could still deliver memorable films. Definitely also worthy of mention is the fabulous choice of music by José María Vitier that’s positively enchanting. This may not be Alea’s finest work even from whatever I’ve seen, but is nevertheless Highly Recommended Viewing..!

The Nudity: Marilyn Solaya, Vladimir Cruz, and Mirta Ibarra
There is only brief nudity – the post is more of an excuse to write something about this Oscar-nominated film – Cuba’s first, than showcase any impressive nude scenes. 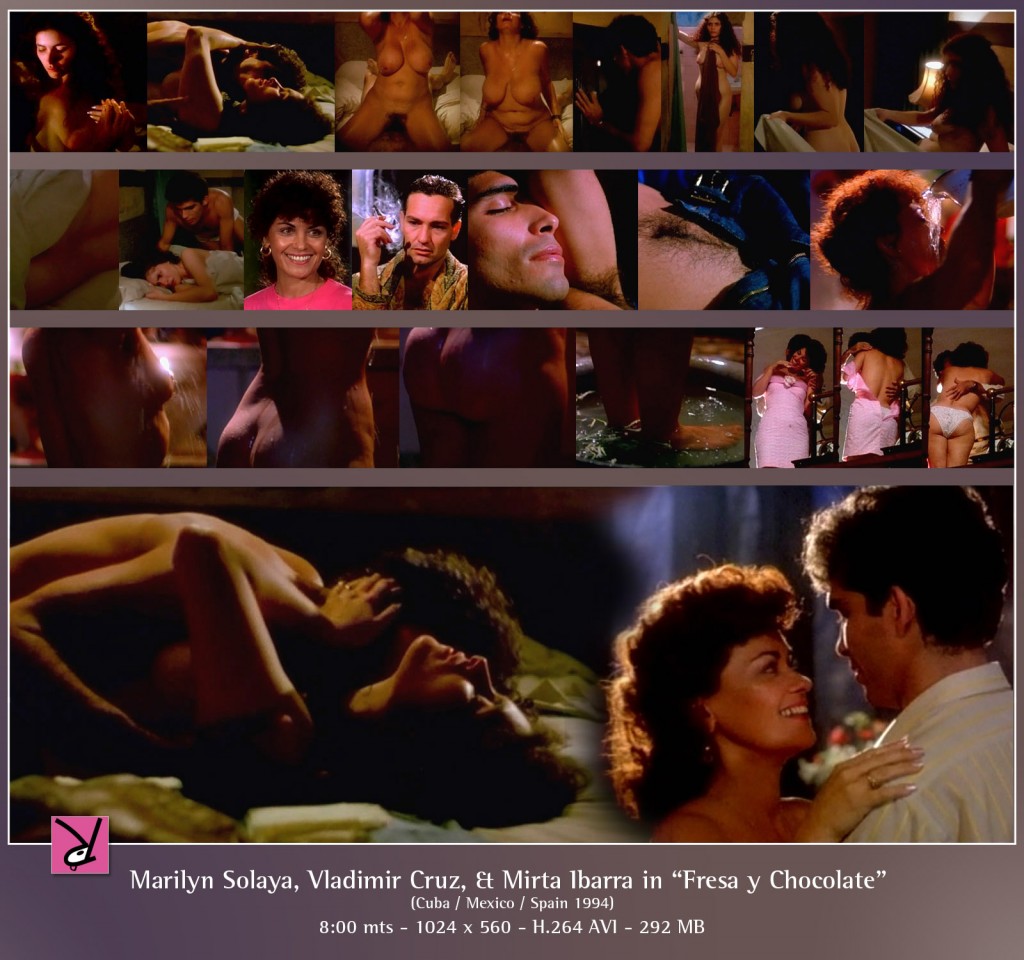