The title of veteran director Francesco Maselli’s drama “Storia d’Amore” [Eng. Title: A Tale of Love] could mislead you into believing it to be one of those mushy romances – it ain’t. There may be a bit of romancing going on, but the film’s more than that.

It is first and foremost a social drama, centred around nineteen year old Bruna living in a poor neighbourhood of suburban Rome, working as a cleaning lady from the age of thirteen to support her family. Considerable screen time is dedicated to portray her daily chores that start before dawn, every single day. But she’s resourceful, and seemingly in command of her life. She meets Sergio and falls in love, and lets him move in with her family thanks to her egalitarian father. But when she meets Mario, Bruna falls in love with him and had to end the relationship with Sergio. She also moves out of home to live independently with her new lover. While it all seems tranquil on the outside, we could pick up clues of angst attributable to her drudgery, which starts taking its toll…

The film reminds me of another social drama from a famous director in the early seventies, also set among the shanties of Rome (a bit more grim however) – Ettore Scola’s Brutti, sporchi e cattivi. But interestingly the film’s treatment is atypical of Italian cinema. Almost Argentinian in style – it flows fluidly between drama and melodrama, giving us little hint as to what to expect. Shot in full frame with some interesting urban cinematography, the film retains your attention even during the most mundane of scenes, thanks to one gorgeous Valeria Golino who plays Bruna – this was only her second film as lead actress – the first, Piccoli Fuochi, has been in my wish list for a while but I doubt it’ll ever be released on DVD. Her performance belies her twenty years – utterly captivating in all her scenes, Sig.ra Golino enchants and endears us from the word ‘go’. It’s baffling to have seen her appear in some nonsensical films like Hot Shots afterwards – she must have caught the Hollywood bug, I suppose. Despite this film being unique and unconventional, it is made extra special due to Valeria Golino. Needless to say, Highly Recommended Viewing..!
Amazon.it DVD Link

Compilation: Valeria Golino
I’m so glad they finally brought this film out on DVD. This is a young, devoid of make-up, and totally natural looking, incantevole Valeria Golino. Nice to see that the director has also paid attention to little details, like her manicure-free ‘working class’ fingernails..! 🙂 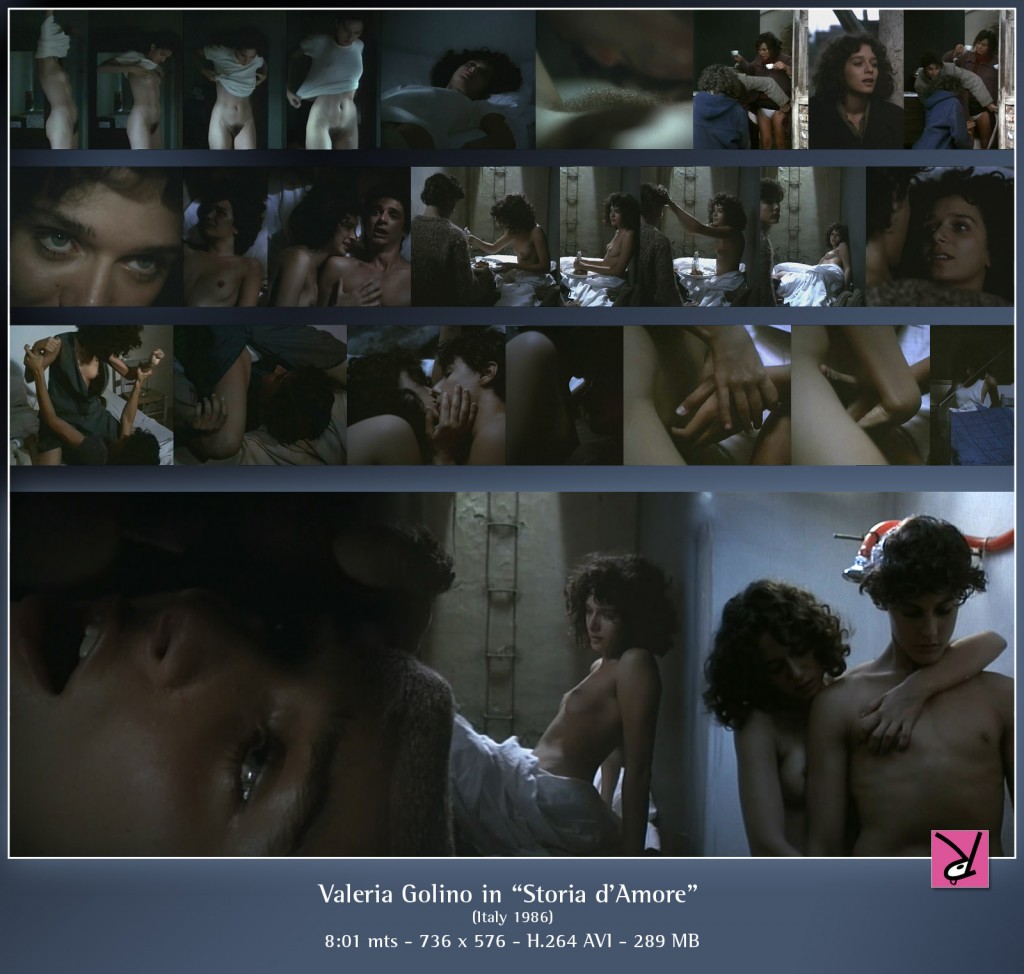