It’s taken a while, but I’m so glad to have finally started the filmography of the great Giuseppe Tornatore here, one of the most poetic directors in cinema today. He doesn’t make too many film, but whatever he has done, are among the finest that modern cinema can offer. Who can forget his 1988 masterpiece, “Nuovo Cinema Paradiso” – perhaps the greatest film ever made. Neither can one his earlier gem that first gave us a glimpse of his genius – “Il Camorrista”, and nor the gems that followed, like “L’uomo delle Stelle”, and “Malèna” (that also catapulted Monica Bellucci to superstardom).

Tornatore made “La Sconosciuta” [Eng. Title: The Unknown Woman] after a gap of nearly five years, and boy was it worth the wait..! The story, the screenplay, the performances, not to mention the lyrical direction, and of course the superlative soundtrack by the legendary Ennio Morricone lifts this production to stratospheric heights. Kseniya Rappoport (credited as Ksenia Rappoport) playing the eponymous character looks twice the exquisite actress she already is, thanks largely to Tornatore and Morricone’s team-up – a partnership that has obviously worked wonders over the years. The film inevitably bagged a bucket-full of awards including numerous David’s the following year.

“La Sconosciuta” is the heart-rending story of Irena, a Ukrainian immigrant who goes through what can only be described as hell, whilst keeping faith that she could yet have a future. Sold to a thug called Mold (excellenty portrayed by veteran actor and director Michele Placido), and apart from being his plaything and punching bag, she’s also prostituted and forced to make babies, to be sold to discerning childless couples. After escaping from Mold, she tries to track the last of her babies, and infiltrates a household as a maid. But her past will soon return to haunt her…

The scene below is an example of Tornatore’s lyrical film-making. I didn’t want to include this in the main compilation as this one has no nudity. You may however click on the image to direct-download the sample clip.

Click the image for an example of Giuseppe Tornatore’s remarkable visual poetry.

I had reviewed this film elsewhere earlier, but this is a reappraisal and the compilation made from my DVD. Even though the one I purchased came with no extras, the film is every bit worth it. Needless to say, Highly Recommended Viewing..!

The Nudity: Kseniya Rappoport, Claudia Gerini, and others 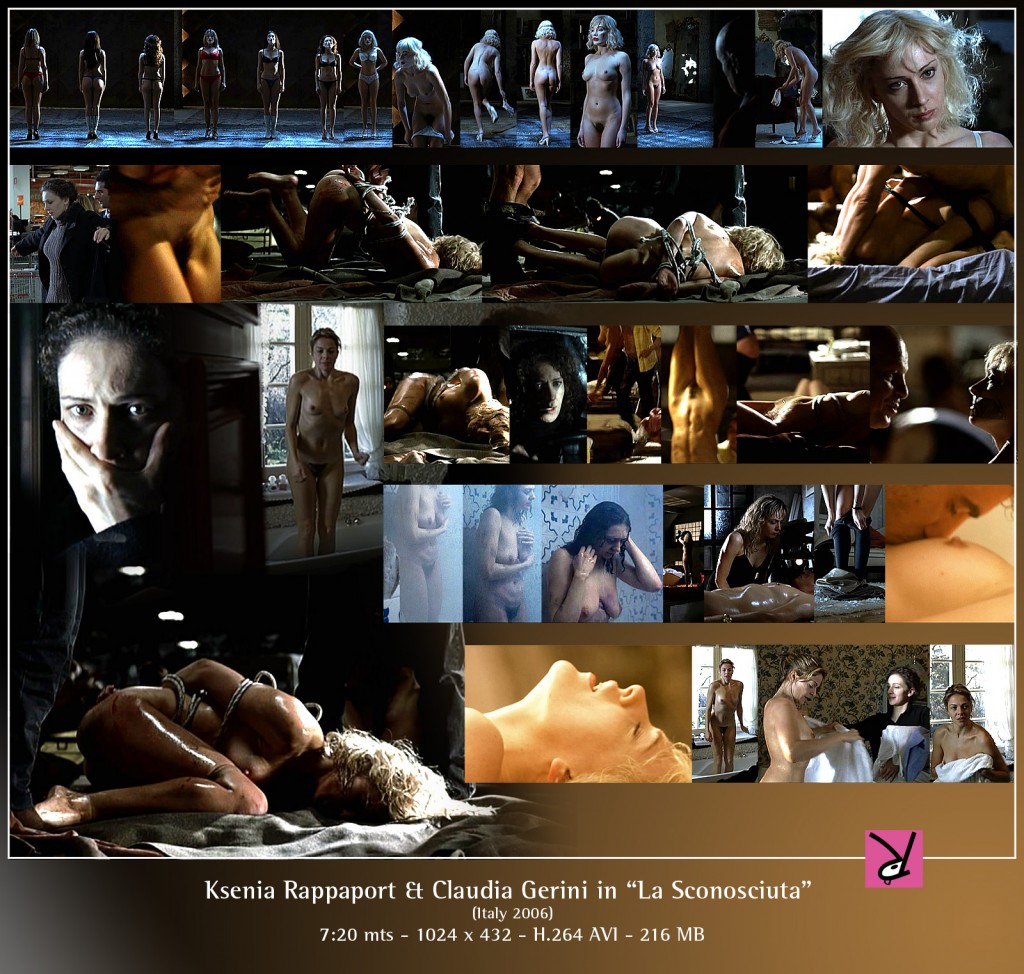