Michele Placido is a fine actor and also a pretty good director. He made the semi-autobiographical drama, “Il Grande Sogno” [Eng. Title: The Big Dream] recounting his early years as a young police officer in 1968 Milan amidst momentous world happenings.

Storyline:
Nicola (Placido’s alter ego), a fresh police officer from a poor background in southern Italy is assigned to infiltrate a left-wing student group from a privileged background in Milan to thwart unrest, and begins to question the state’s rationale. In the process he falls in love with Laura, one of the students from the group. He also joins a drama school to pursue his passion. But when his police identity is discovered, he becomes an object of hatred among the student group – and his good intentions go unacknowledged.

It had the potential to have been a memorable film – promising young actors, interesting storyline, pretty good cinematography, and a decent soundtrack too. What lets it down is the screenplay and characterisation – they loose focus pretty quickly, what we see are scattered images from an era that not only looks manufactured, but also devoid of purpose – and the film meanders aimlessly. While some of the cast give a pretty good account of themselves, notably the actress playing Laura, Jasmine Trinca,  the protagonist’s love interest, the rest are less than memorable – they possibly had very little to work with. 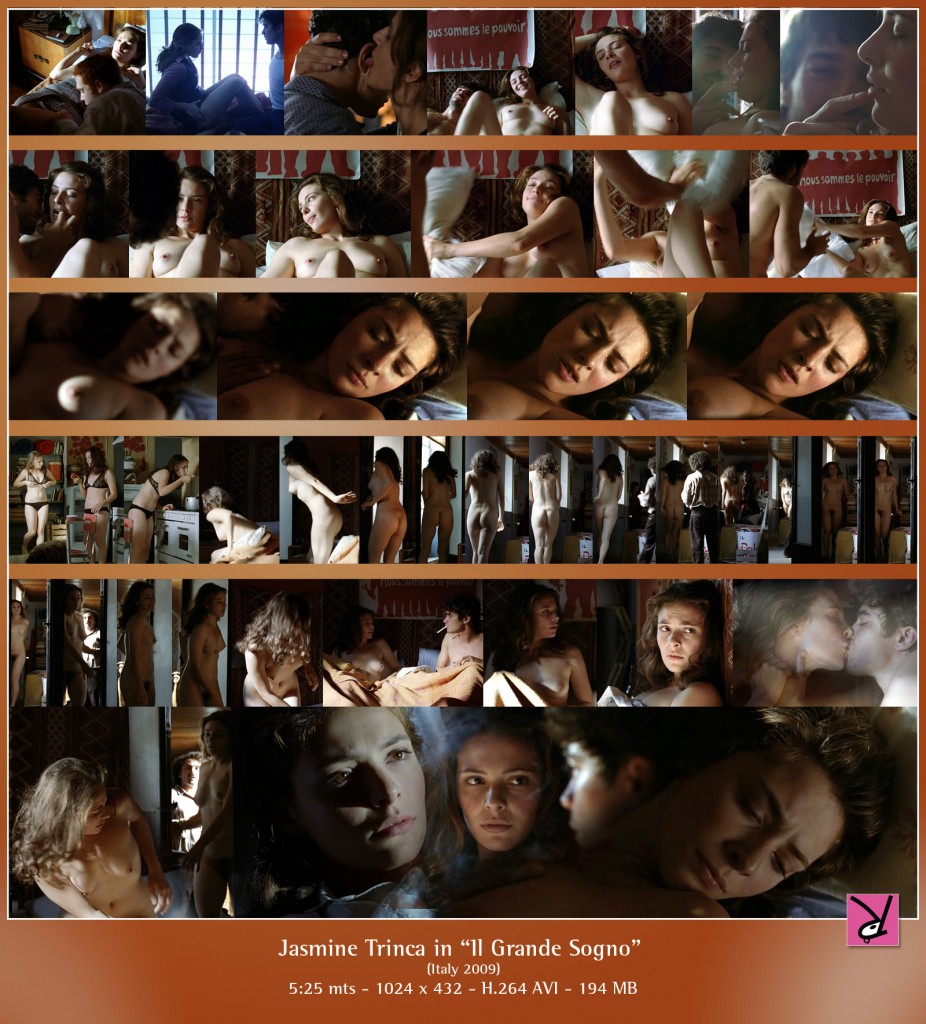 Charismatic Jasmine Trinca gives the best performance among all the cast, and also sheds her clothes in a couple of scenes from Michele Placido’s “Il Grande Sogno”.